Lee owns a Golden Retriever named Horlicks who she thought had separation anxiety. So, for his fifth birthday, his mother decided to give him a kitten sibling. 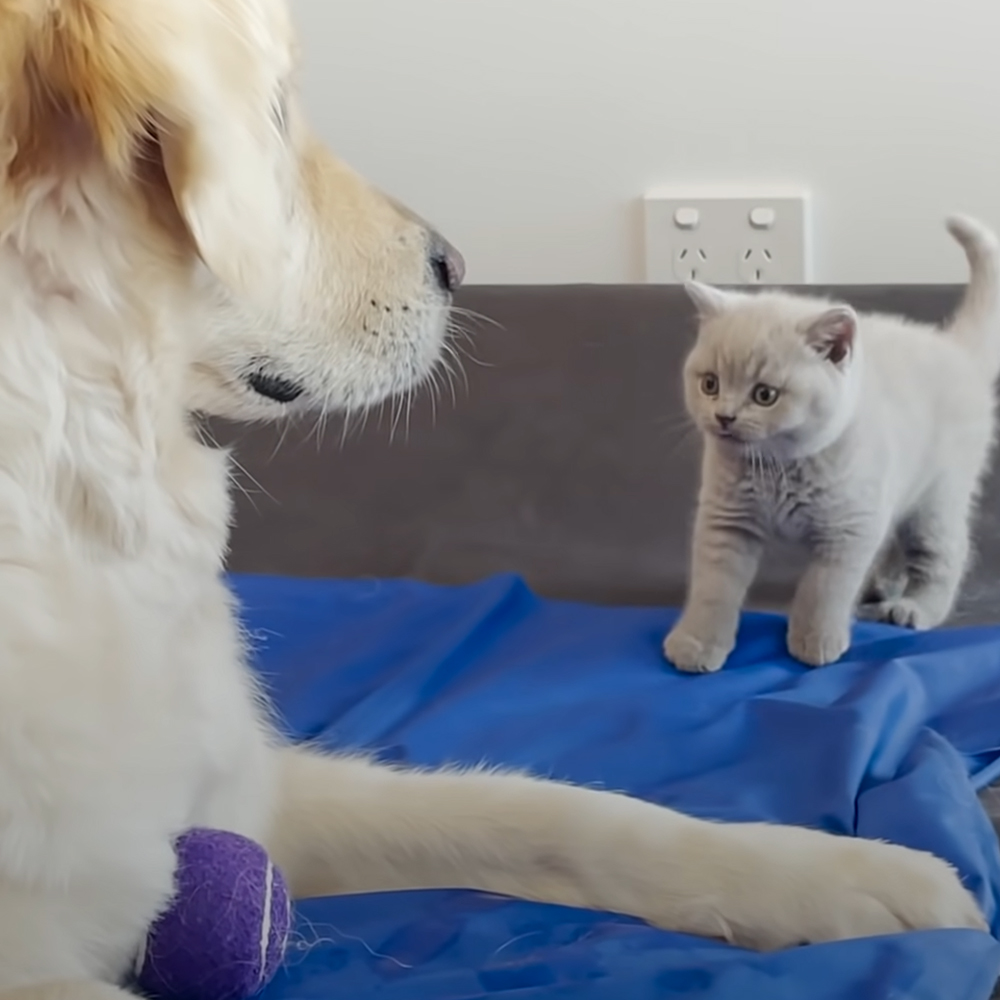 Horlicks was overjoyed to discover a new addition to his household. He poked his nose through the slightly open door and said hello to the kitten. After greeting the small kitten, Hero, the dutiful dog went outside.

Hero, the kitty, emerged from his room later that day and investigated the home. The kitten was first cautious because he had never met a dog before, and Horlicks was a tremendous treat for him. 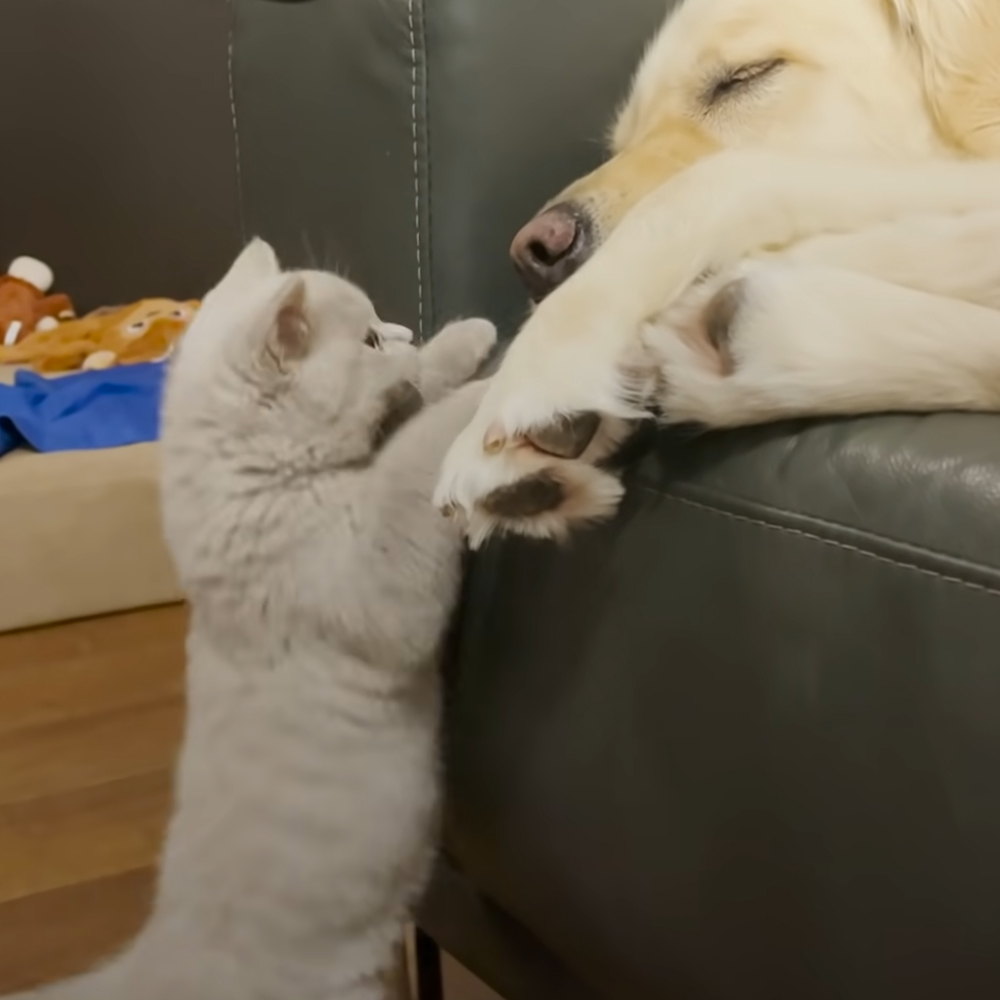 That’s when the relationship between the cute kitten and the dog sibling really picked up. They started to eat and sleep together and went for morning walks with their owner. 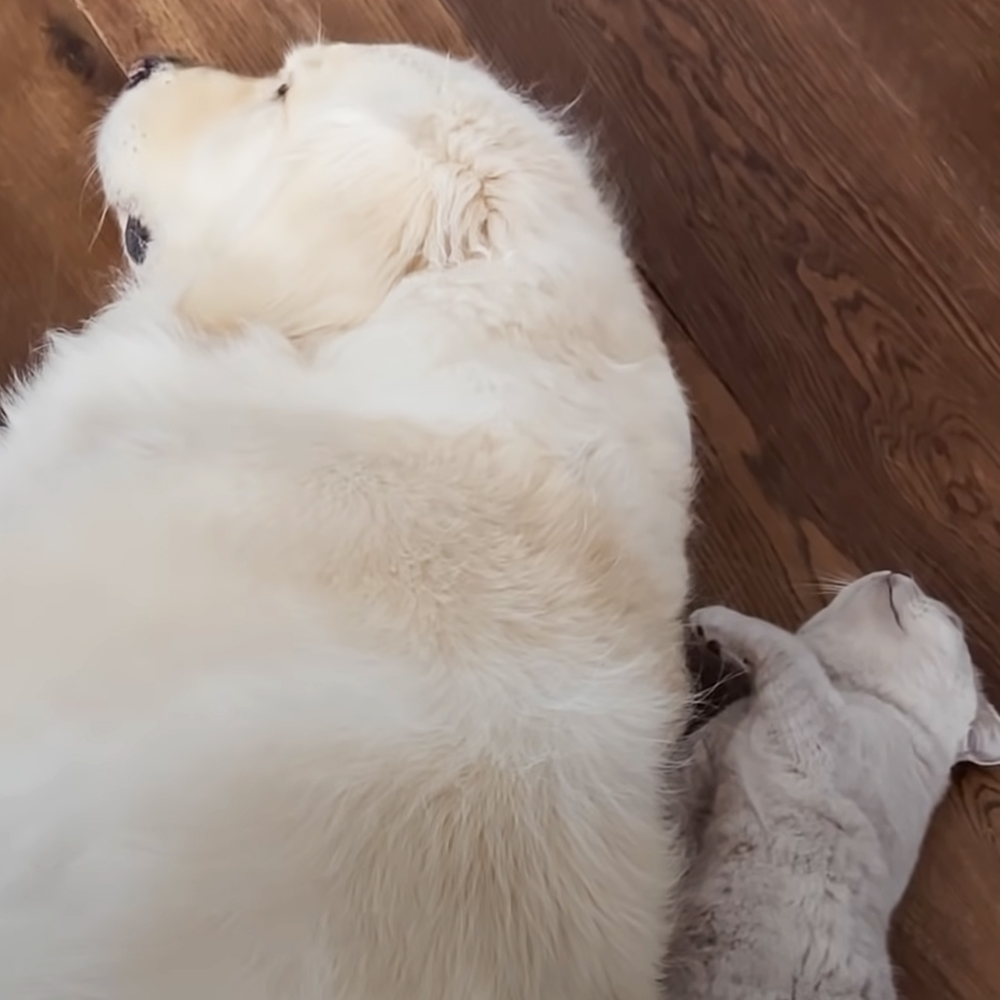 They played with each other all day long and enjoyed each other’s company. Hero always initiated the play. The kitten was full of energy and wanted to play with his big brother all day. Horlicks acted like a big brother and cared for the little one.

Hero helped Horlicks treat his separation anxiety, and the Golden Retriever had gotten better after he met his little brother. Both of them influenced each other positively when left alone. They loved each other and shared an inseparable bond with one.