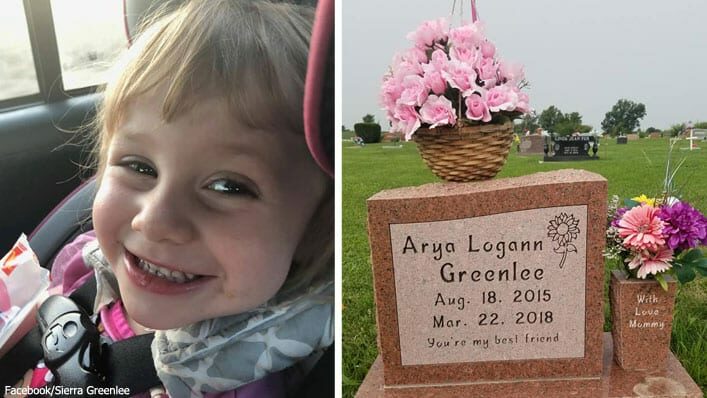 The loss of a child is every mother’s worst dread. However, it usually appears to be a distant worry that you see in movies but that will never happen to YOU — until you’re watching your toddler draw her last breath and the doctor says, “I’m sorry, but regrettably she did not survive.”

Sierra Greenlee, a distraught mother who watched her lovely baby girl pass away far too young due to an untreated case of Type 1 Diabetes, was one of them.

Sierra’s horrific story is difficult to convey and relive since she is still in shock from the horrible series of events that occurred on March 22, 2018. However, the strong mother refuses to remain silent in the hopes that her daughter Arya’s death would save the lives of others.

Arya’s story has saved at least [13] children’s lives so far, and she’s pleading with you to read and share her message so that more children can be diagnosed before it’s too late.

Because Type 1 Diabetes is generally not discovered until children reach school age, Arya’s illness remained unnoticed as a two-year-old. So that your child does not experience the same fate, be aware of the warning signs.

“Here it is, the month I have been dreading for 11 months now. So I would like to take this time to reshare a post that is very important and very close to my heart. I know most of you have read it but take a moment to share it again. Last time it helped save the lives of 13 children. Let’s make it more.

In the wee hours of March 22, 2018, it was like any other. I got off work and I headed to pick up my daughter. She had spent the last week with her dad and I was ready for my snuggles. I was excited to hear about her week and I was dreaming of the late morning breakfast and playtime we would have when we woke up. 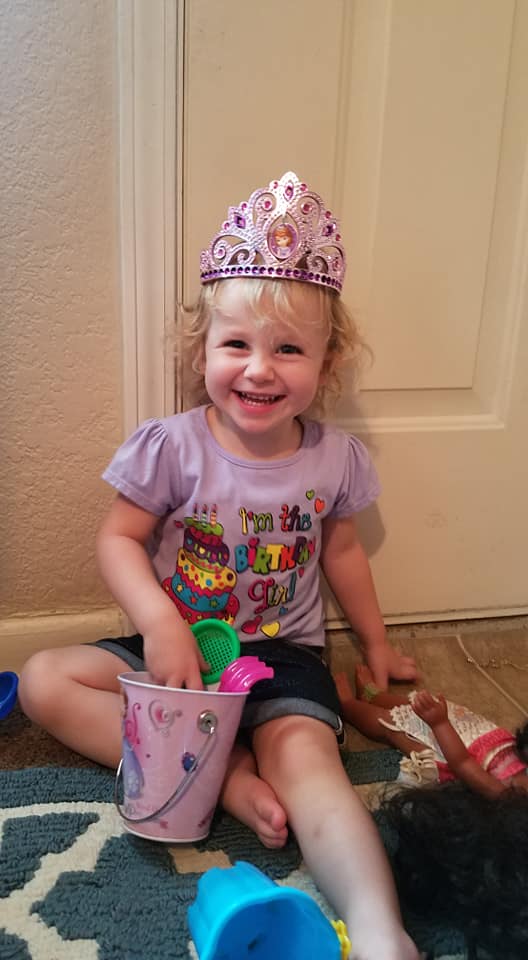 My kid was absolutely knocked out when I arrived at the babysitter’s house, and she had carried her to my car. She had had a long day. I joked about asking if she was breathing in an offhanded manner. Until I placed my palm on her tiny chest and felt nothing. I was really terrified out at that point. I couldn’t seem to finish a sentence. I knew I had to bring her back inside and perform CPR as soon as possible. I felt furious and afraid at the same time. I was ranting at anyone who got in my way or attempted to communicate with me.

I rushed her back inside, placed her down, and began CPR on her frail body. I knew I needed to stay cool in my head, but I couldn’t; I was yelling at my babysitter and trying to remember to do chest compressions and breathing while freaking out the entire time.

Finally, EMS arrived and took over after what seemed like an hour but was probably only 15 minutes. I contacted my parents and her father for the next hour while they tried furiously to bring me back my kid, I paced, cried, and prayed. I felt like an outsider watching this terrible thing develop at times. I’d always had nightmares like this, but it was never meant to happen to me. It was one of the most strange experiences of my life.

They loaded my darling girl into the ambulance after an hour of watching them pump her chest and breathe for her. We followed after. Worst ideas flooded my mind as we traveled to the hospital. I remembered that the last time I saw my baby awake, she was pleading with me not to go to work, but I went regardless. I was wondering what it would mean if she were to leave. I imagined how difficult it would be to organize my child’s funeral and all of the things we would lose out on. I pleaded to God that if he would just save my child, I would do anything he asked.

When we arrived at the hospital, they led me to a little room off the waiting area and began asking me all of the standard hospital questions. I made the mistake of thinking this was a good indication. They want to take her in. I was only there for about 10 minutes when a doctor entered, sat alongside me, and spoke the words that would forever impact my life: ‘we did everything we could, but regrettably we were unable to revive her, and she did not survive.’ 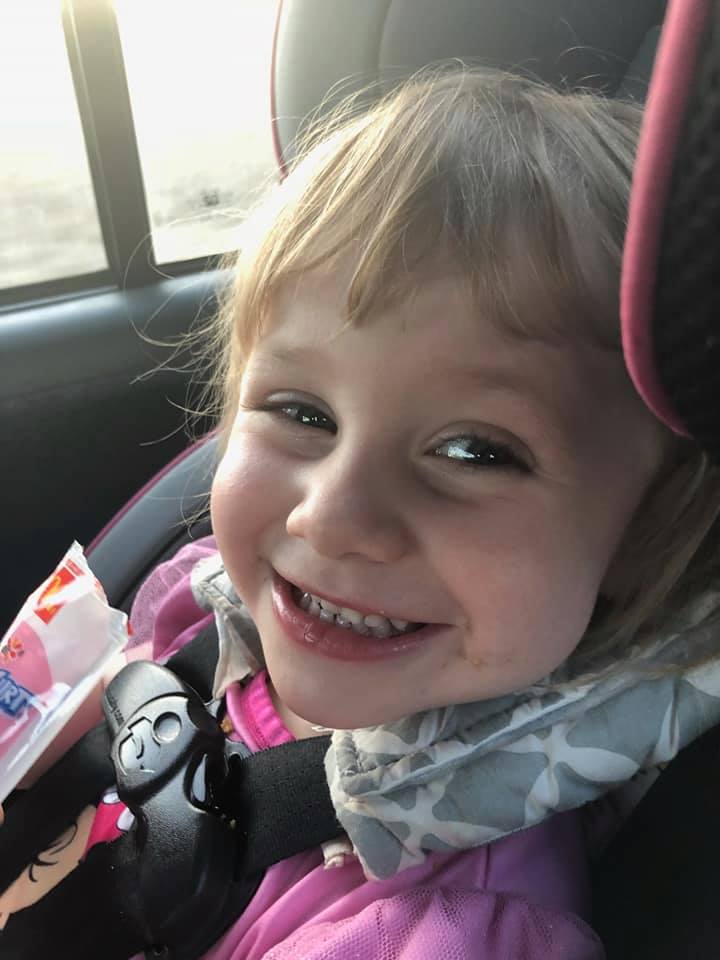 That one little sentence devastated my entire being. Everything I was was in that little girl. She was my absolute pride and joy. If you asked me how I was doing it would usually go something like I’m good, my daughter…. But in that moment I couldn’t feel anything it was like my heart had stopped too. I was an empty shell. The shock was overwhelming.

When they took me to her little lifeless body laying on that big hospital bed I lost it. I wanted to hold her and lay with her. They let me. I held her as the heat slowly left her body and her skin became cold to the touch. If I wasn’t holding her I was running my hands through her little hair. Singing her favorite song.

After about 30 minutes or so they came to me and told me they had run some tests and it appears she had had undiagnosed Type 1 Diabetes and her blood sugar level was in the 500s. I could not comprehend this information. How could my baby have Diabetes? She had gone [sic] to her wellness check-up only the week before and they told me she was healthy. How could she have died from a disease that I know thousands of people manage? 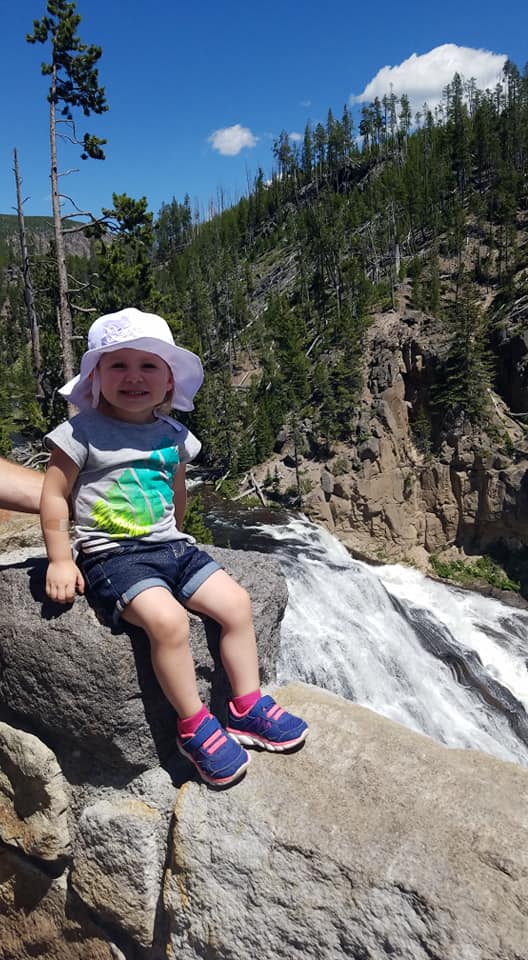 For those of you who do not know an average person’s blood sugar should not be above 120 and my child was 5 times the healthy amount. At 300-400, you start to go comatose. My baby had slipped into a coma and her little body was unable to fight its [sic] way out, and it gave out. There were no signs leading up to this it was unexpected. Diabetes does not run in either of our families and so we had no idea.

Later I found out that Diabetes is not something they test for in small children. They don’t typically test until they are school age and show signs. Unless of course, it runs in the family.

The signs for Diabetes in toddlers are they drink a lot, pee a lot, and are tired. It can also appear very suddenly. These signs are easily missed and overlooked because most toddlers do these things. The test is a simple blood sugar test that you have to request at their wellness check-up.

So I beg you to ask your child’s doctor to test for it. I beg you to become aware of the signs and symptoms of childhood Diabetes. I beg you to share this post and story with everyone because no parent should ever have to hear the words ‘I’m sorry but unfortunately she did not survive.’ 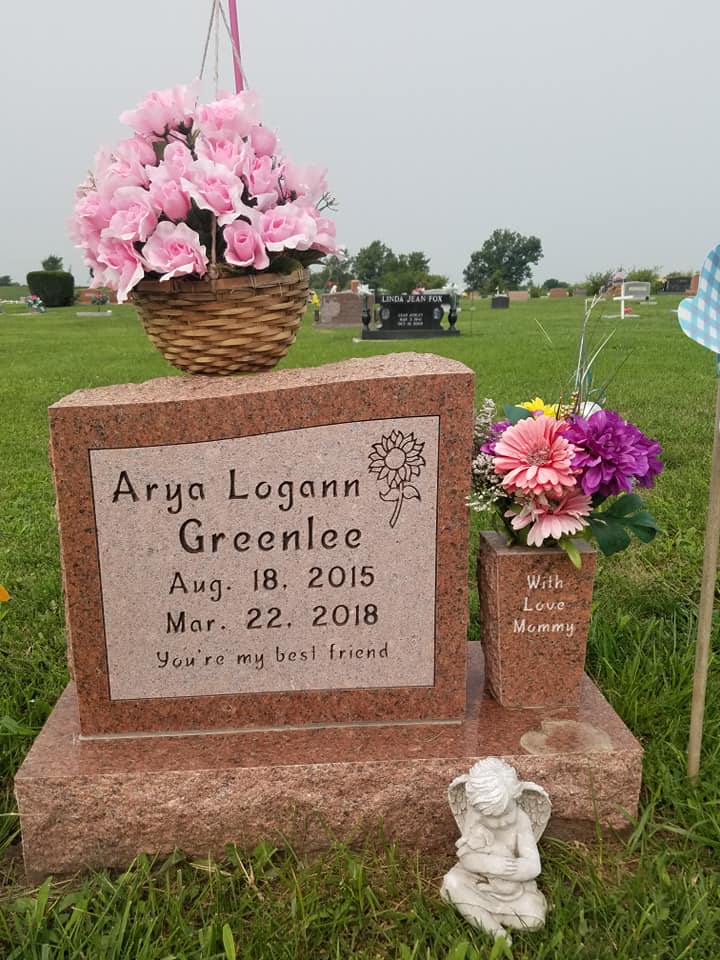 The last time I shared this I got alot of questions that I would like to clear up. No she did not get shots at her wellness check-up. So please do not use my daughter’s story as an anti-vaxing platform. Also yes, some people have had higher blood sugar and have lived. Not every disease affects every person the same. So please do not tell me that I am lying or that I’m using my daughter’s story to get attention. Because that is exactly what I am doing, getting attention for childhood diabetes.