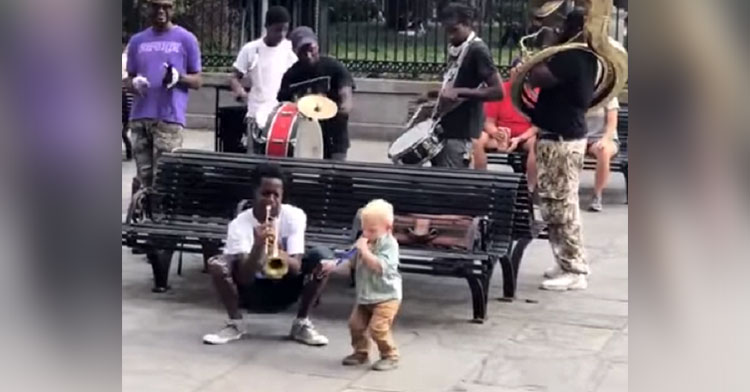 It’s tough to sit still when you’re listening to a ripping brass band.

Stefanie Anthony of Pensacola, Florida, witnessed this occurrence personally when visiting New Orleans when her toddler son discovered a group of street musicians and couldn’t resist joining in. 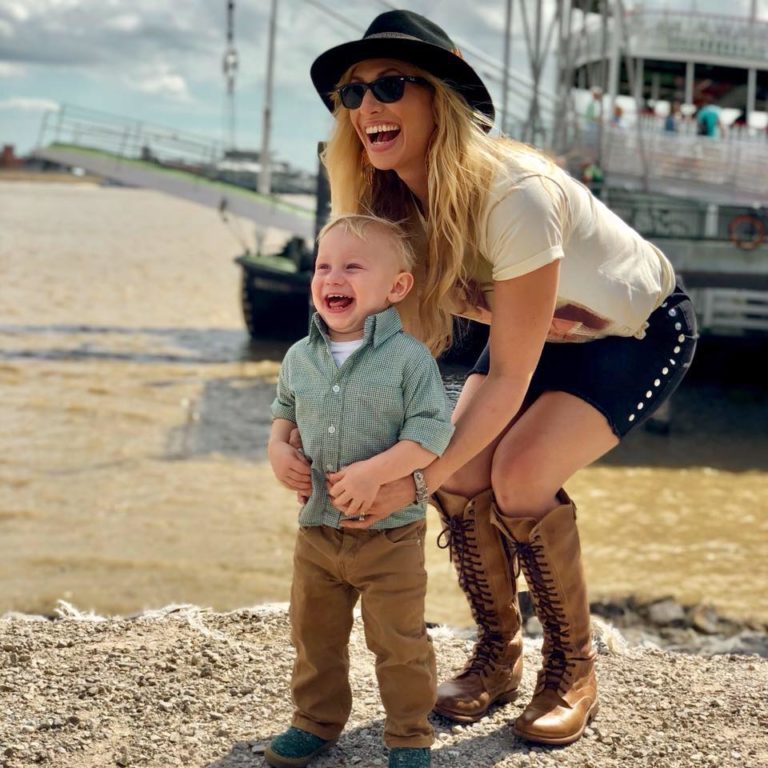 Stefani and her 1-year-old son, Boone, were walking around Jackson Square when they heard some vibrant music. The family came across the Where Ya At Brass Band performing. Stefani quickly learned that simply watching the musicians was not enough for young Boone when they paused to listen for a while. 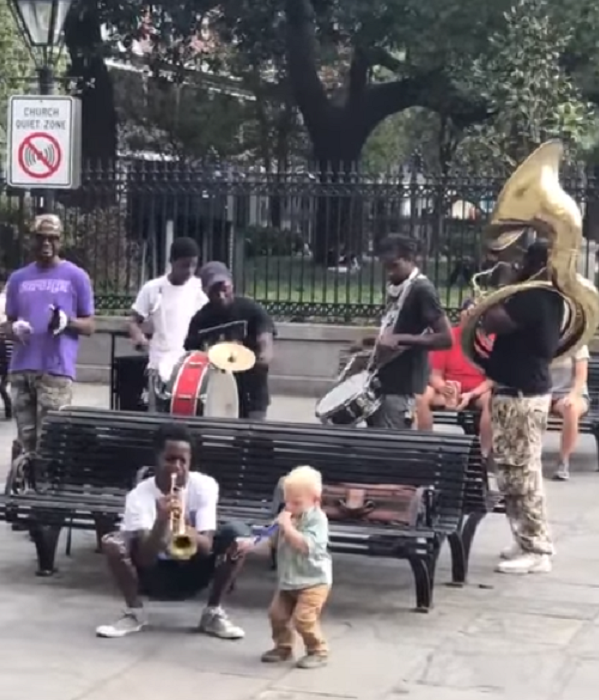 The child grabbed the first thing that looked like a trumpet he could find and raced up to the strangers who were playing. As Boone tooted away on his fake horn, a friend began recording, attracting the attention of the band’s trumpet player. As he blew his trumpet, the band member sat close next to the tiny boy, giving him a bird’s-eye view of his fingers.

The video is short, but it’s so much fun to see the tiny kid dance his hips to the music! The band members appear to be as enthralled with their tiny fans as the onlookers, and it’s simple to understand why. Boone has a clear appreciation for music! Get that kid a trumpet as soon as possible! 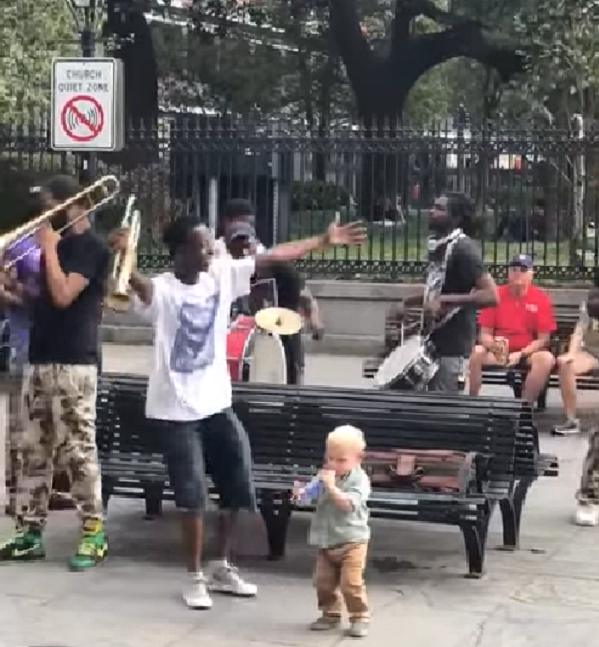 Stefani uploaded the video to her Facebook page along with the caption:

Our little 1-year-old baby boy went out there and ‘performed’ with an outstanding band in front of a huge crowd on Jackson Square. Boone received so many smiles and cheers from so many folks; it was the most beautiful thing I think I’ve ever seen. Go to the Where Ya At Brass Band page and show these guys some love, they deserve it! You can book them for any occasion! So glad we were able to find out who they are. 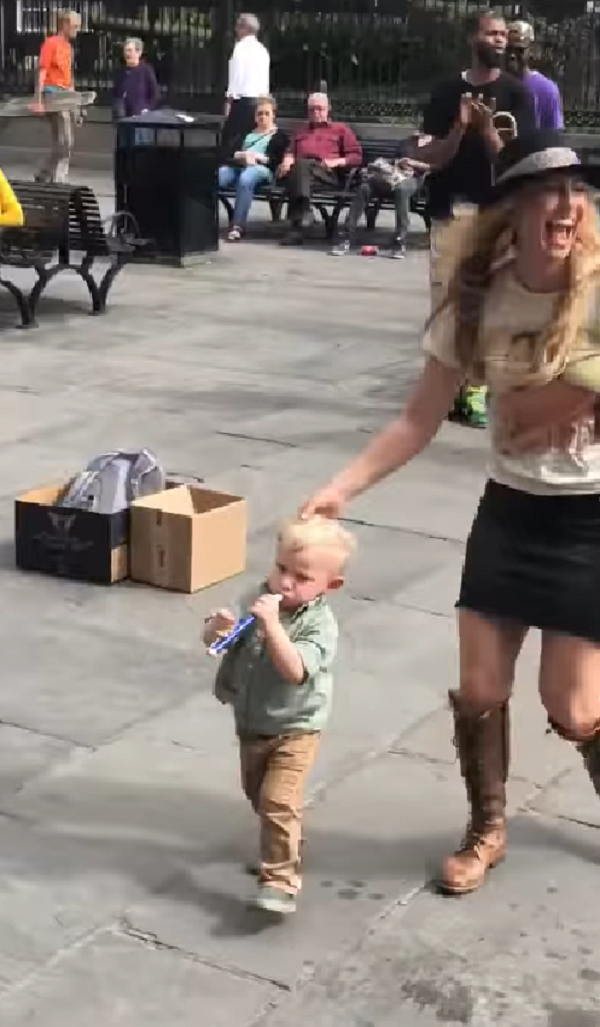 The love of music really does seem to be something we’re born with. Let’s hope Stefani gets Boone some music lessons to capture that inherent love for jazz!

Watch Boone playing his pretend horn in the clip below, and be sure to share.