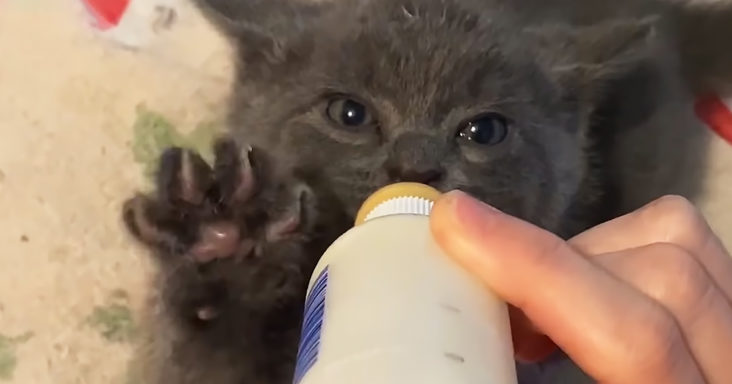 Rachael took in a litter of four kittens that had been rescued from a hoarding situation. The kittens were just 3 weeks old when Rachael adopted them. As a result, she had decided to bottle feed the kittens.

Earl, a male cat, was the most mischievous of the four kittens. Unlike the others, he would never sit calmly in one location. Earl would throw tantrums even as he was feeding them.

Rachael wanted to try a small amount of wet food with her kittens, so she started bottle-feeding it to them to get them acquainted with the taste. Earl, on the other hand, was not like that. 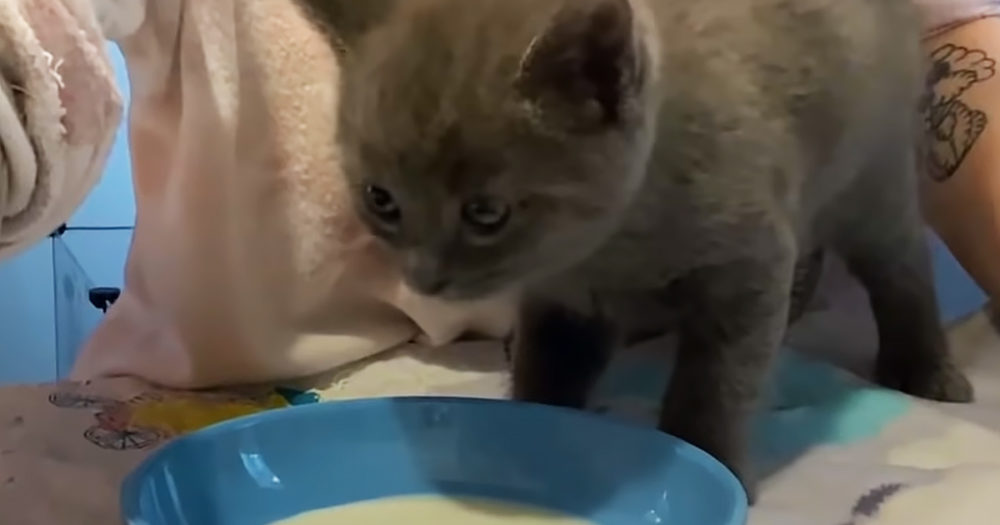 He was well aware of the situation. Rachael had no choice but to feed him from a bowl instead of his bottle. The kitten, on the other hand, was not pleased with the circumstance.

He’d wail in his playpen, looking at Rachael, and only settle down when offered his favorite bottle. He’d just keep phoning and staring at Rachael after that.

Earl would walk over to the wet food bowl and pretend to eat it like a toddler before approaching Rachael and requesting his bottle. He simply refused to consume the soggy meal.

He does, however, decide that he is ready to consume the wet food at around 4 weeks. Rachael isn’t sure why he initially refused to eat the dish, but Earl has grown to appreciate it. Earl was a wicked cat from the start, and he always got his way. He even figured out how to get out of the playpen by using his huge head. Taking care of Earl was exhausting in the greatest possible manner for Rachael.