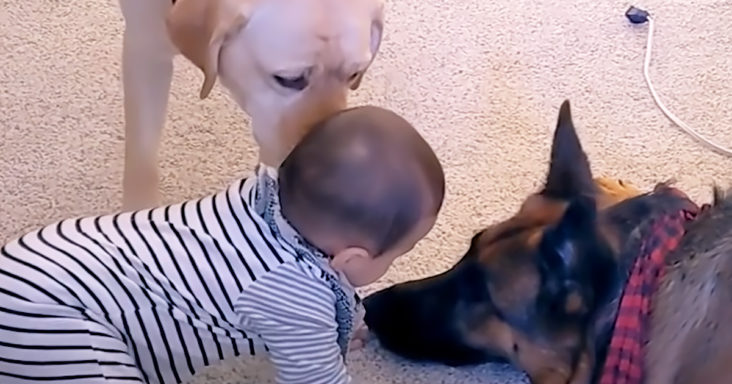 Jen recently adopted Kona, a German Shepherd, and Nala, a yellow Labrador puppy. It was not love at first sight when the two dogs met. However, within a day, their friendship evolved, and they began pursuing each other and eventually became littermates. 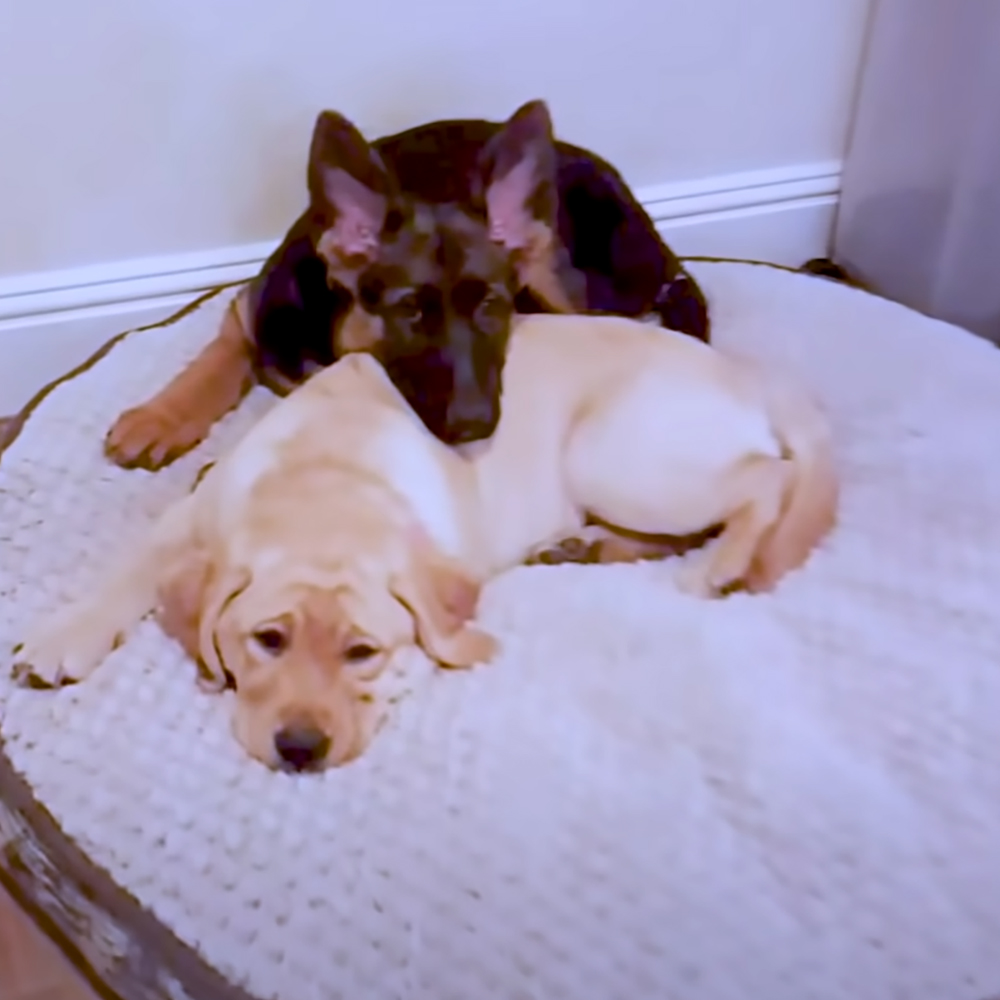 They would run all around the house and cuddle together whenever they napped. It was funny to find them sleeping in a small crate, leaving their more enormous comfortable boxes.

Jen thought that was the coolest thing she had ever seen. She was happy that they had bonded so well and were inseparable. The two of them had turned the planter in Jen’s yard into their own little racetrack. 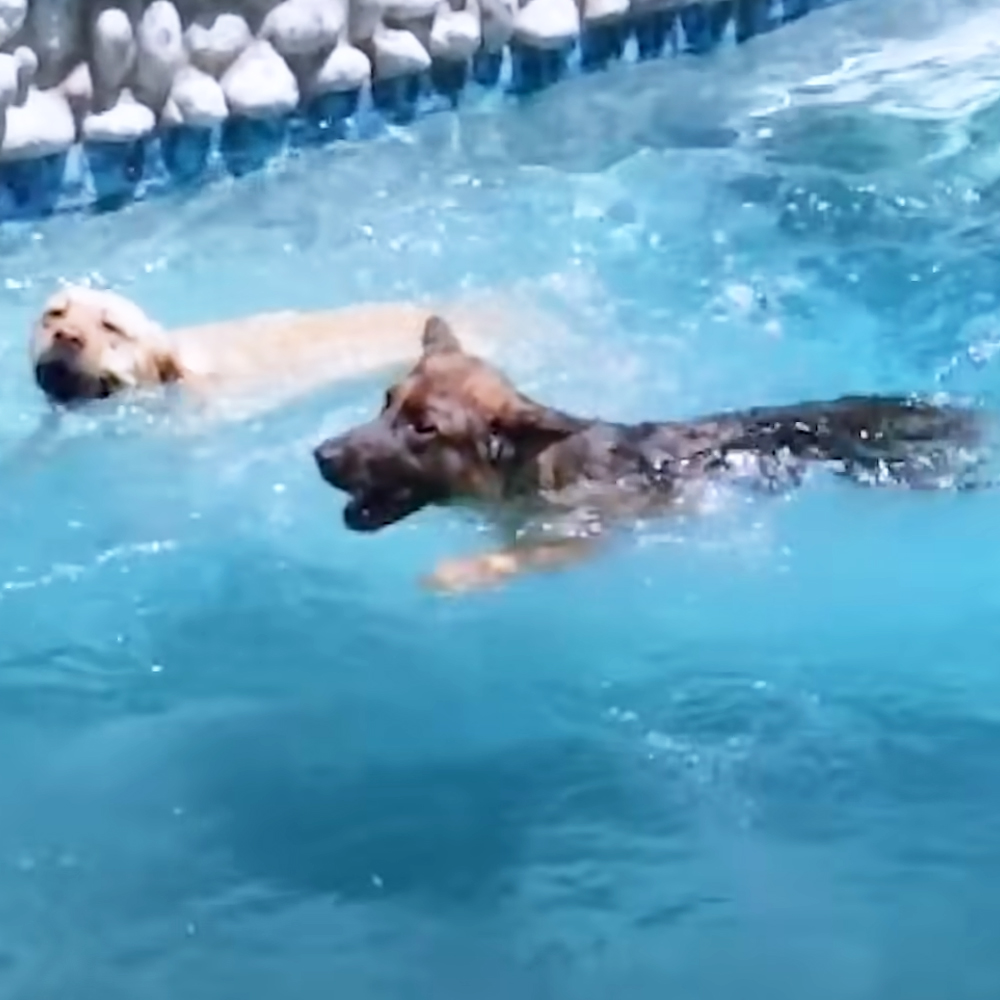 The puppies had grown up after 5 months and we’re still running around the planter as they used to. The dogs shared everything, demonstrating that they cared for each other as if they were family.

They were uncertain how the dogs would react to the baby when Jen found out she was expecting. However, it was almost as if they immediately knew the infant was a member of their family. 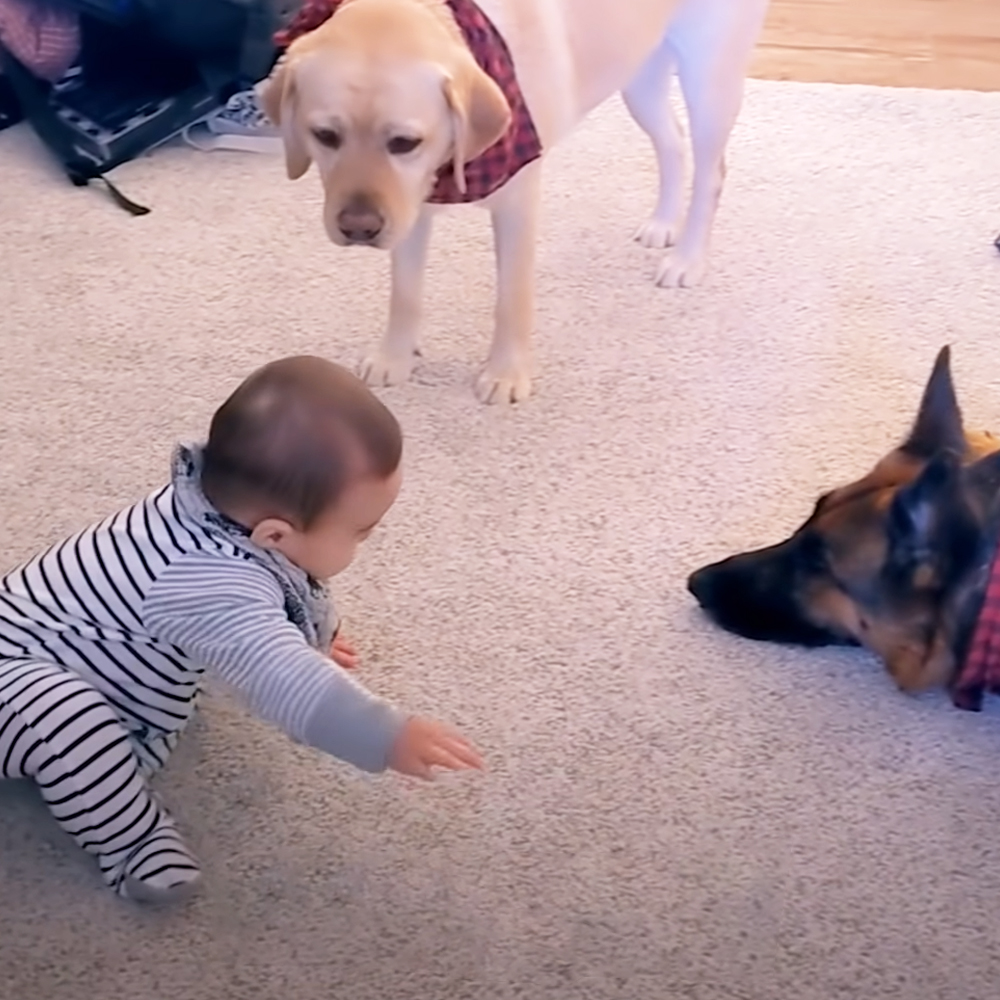 The two dogs went up to the baby boy and were really gentle. They were always with him. After a few days, Jen observed that Kona had become very calm. She used to be super playful before, but she would lay around lazily after the baby was home. She would wait for the baby to sleep and bring some toys to play with.

On the other side, Nala was the more patient of the two siblings. Jen’s son would playfully slap Nala’s face and tug her nose, but the tolerant dog would just play with him. Jen was overjoyed that her son would grow up with the two dogs at his side and achieve milestones.