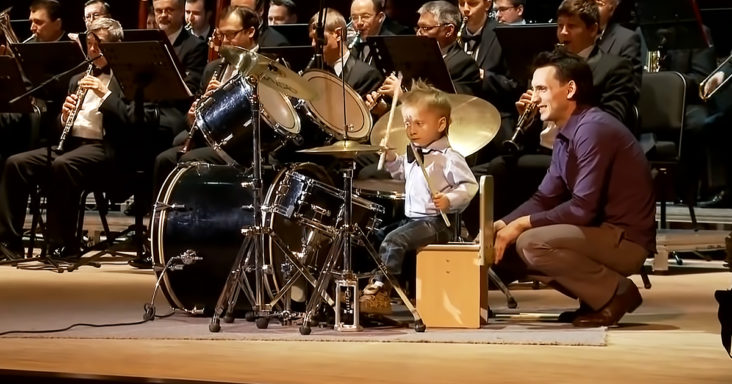 A video of a 3-year-old boy playing the drums has gone viral around the world. There are numerous videos online of children playing drums, but none in which the boy leads a full 65-piece orchestra in front of a live audience. 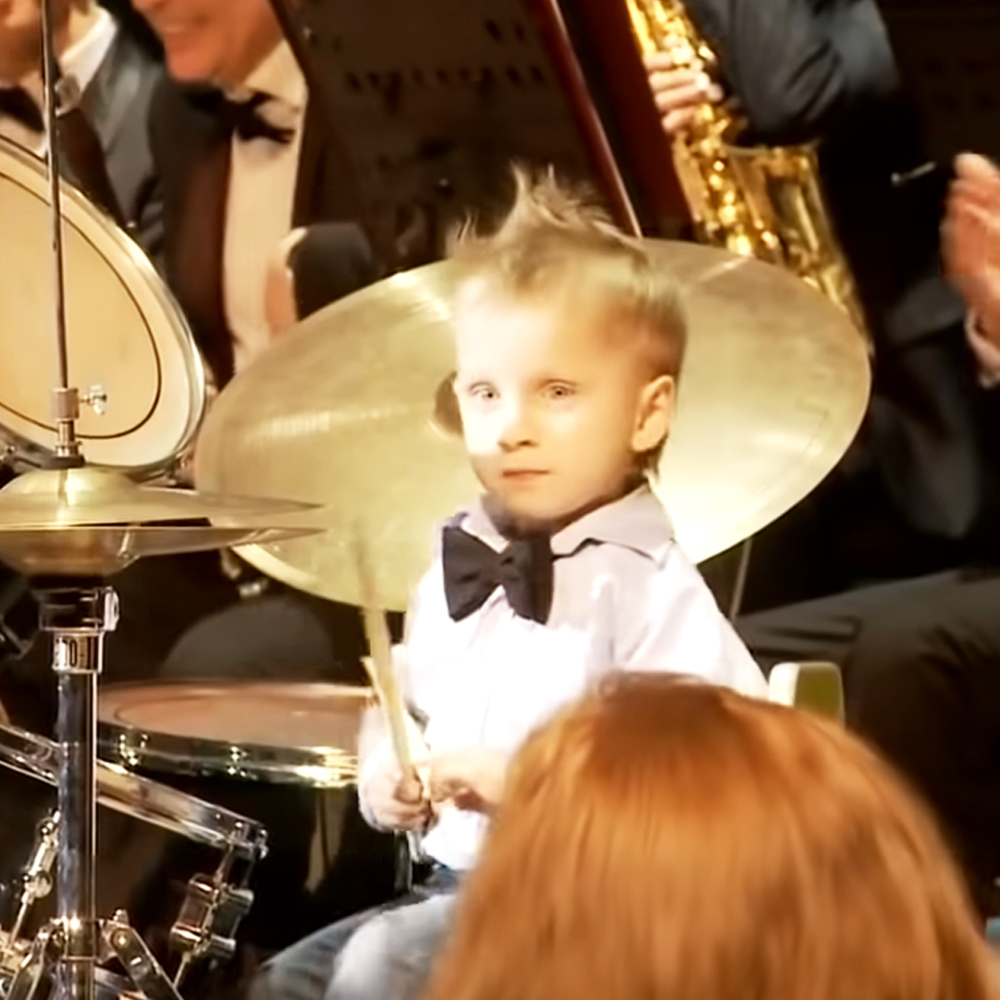 The boy appeared on the talent show “Minute of Fame,” which has since gone viral. When they see this adorable boy in action, audiences all over the world can’t believe their eyes.

The adorable toddler is carried to the stage by his father, who sits next to him throughout the performance. They all begin playing after the conductor explains what is about to happen. 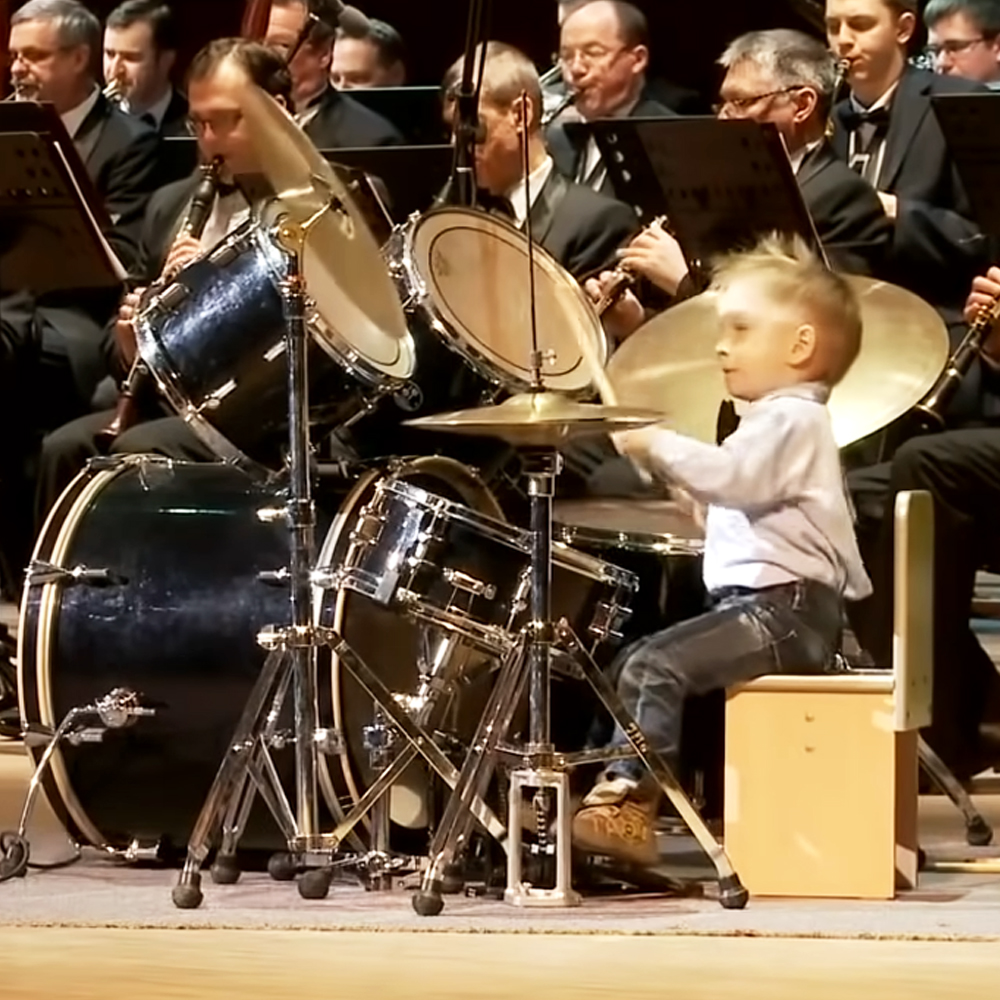 They perform ‘Orpheus in the Underworld,’ also known as ‘The Can-Can,’ by Jacques Offenbach. The boy doesn’t have a single sheet of music in front of him; he memorized it all.

He begins playing and executes the crescendos, diminuendos, and accompanying rhythms flawlessly. Everything is going swimmingly until disaster strikes. He loses his grip for a fraction of a second and drops his drumstick to the floor. 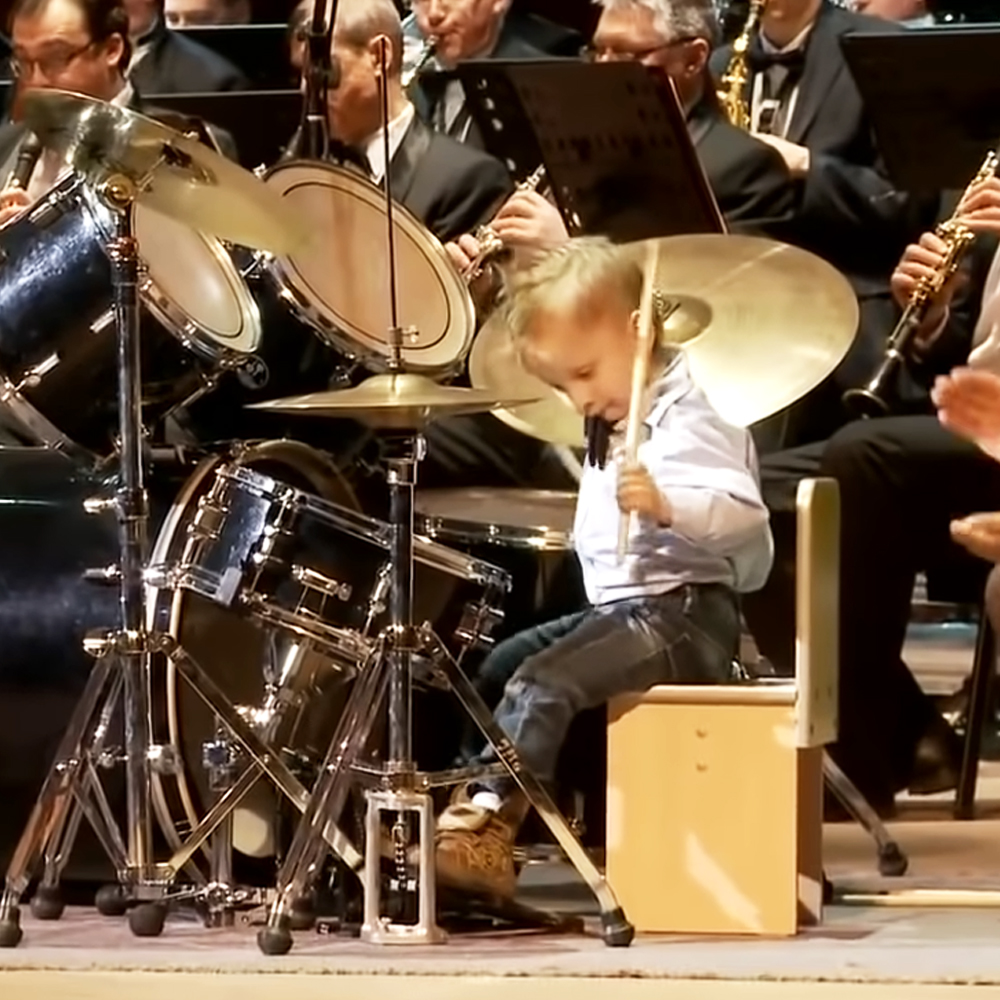 The boy bends down casually, picks it up, and continues. At that point in the video, I’m striking the exact note that the orchestra is working on. He plays, turns around, and looks at the conductor without missing a beat or looking at the drums.

The performance captivates the audience. Most people have no idea how a young boy can master this skill and have the confidence to perform in front of so many people.