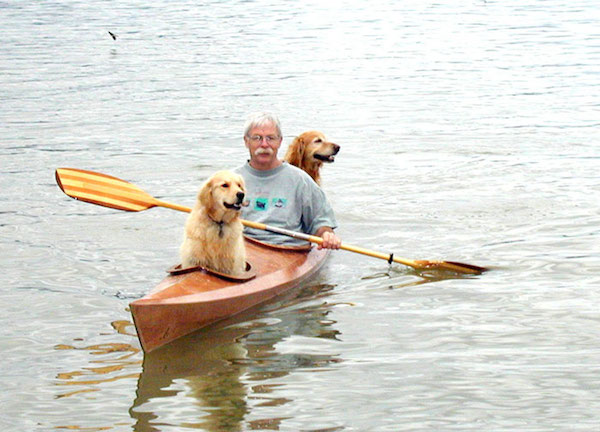 When David Bahnson and his wife obtained their second Golden Retriever, he realized he needed the means to take both dogs on outings in his kayak. The main issue was that the wooden Pygmy Coho kayak only had one seat and three passengers.

David claims that his dogs have always enjoyed traveling with him, whether by land, air, or sea! As a result, he decided to alter the kayak for his dogs.

David’s first dog, Susie, fit in one of the baggage compartments but it was cramped for her. 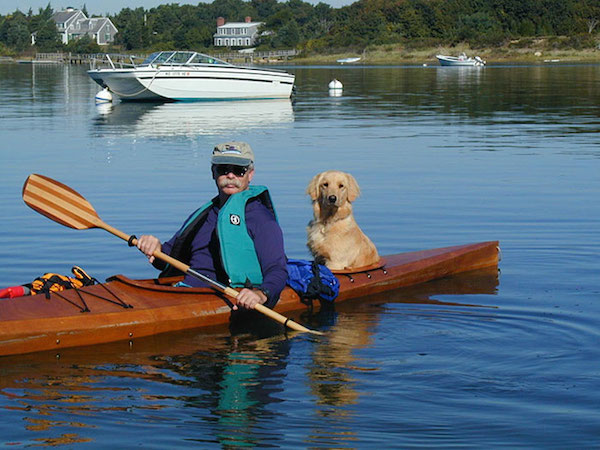 When they obtained their second Golden, Ginger, David purchased another Coho kayak, this time converting the two cargo compartments to be canine-friendly. 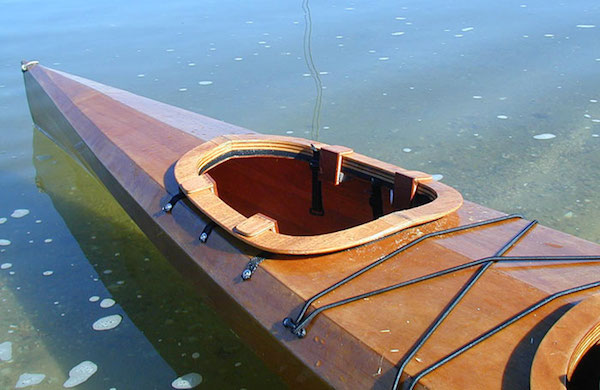 David simply updated the plans for the wooden Pygmy kayaks, which come in kits for assembly. He modified the baggage compartments to smaller and thinner than the blueprints called for but made sure they were a perfect fit for the dogs. David also built coamings for the doggy seats to keep them dry and keep water out of the hull.

Even though there isn’t room for a human to put their feet in the compartments, that is not a problem for dogs! 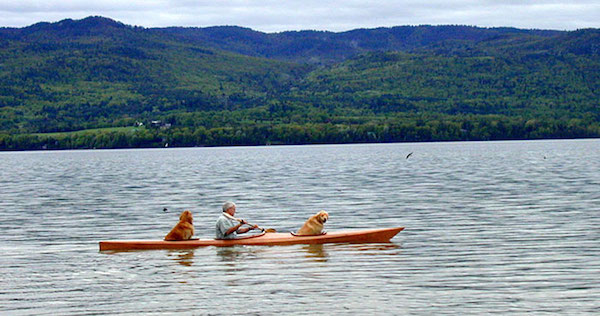 David says the dogs are very well behaved and always wait to be instructed to get in and out of the kayak. With everyone fitting comfortably in the kayak, the family has already paddled miles together and is enjoying their water adventures.

What a great thing to do for his dogs! I love it when pet parents go out of their way to include their dogs in their activities. Share this story with your dog-loving friends!