When a kind father saw that his crippled daughter and others with impairments had no access to amusement parks, he decided to establish one.

On a family trip, Gordon Hartman took his 12-year-old daughter Morgan to a swimming pool, where he noted that when she approached some youngsters playing in the pool and sought to make friends with them, they swiftly left. He believes they avoided his daughter because they were unsure how to respond to someone with a developmental handicap. Morgan has the cognitive skills of a five-year-old, according to doctors, who have also diagnosed her with a form of autism.

Gordon began to consider what he could do while he observed the situation in the pool with his happy daughter.

“Morgan is a truly lovely young lady. You’ll always get a smile from her and she’ll want to hug you when you meet her. But there were a lot of situations when we couldn’t take her,” he explained. 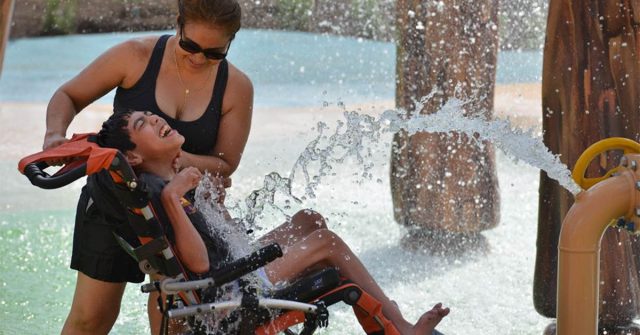 “We learned there wasn’t such a place,” Gordon explained.

As a result, he opted to construct it himself. In 2005, Gordon liquidated his homebuilding enterprises and established The Gordon Hartman Family Foundation, a non-profit organization dedicated to assisting persons with special needs and disabilities. Gordon created the “world’s first ultra-accessible theme park” with the support of doctors, therapists, other parents, and experts.

“We wanted a theme park where everyone could do everything,” he explained, “where individuals with and without special needs could play.”
Morgan’s Wonderland, a 25-acre amusement park in San Antonio, Texas, was developed for $34 million and opened in 2010. A fully accessible Ferris wheel, an adventure playground, wheelchair-friendly river rides, and a miniature train are among the attractions. Gordon decided to make admission free for anyone with special needs or a disability of any kind to cap off this lovely initiative. 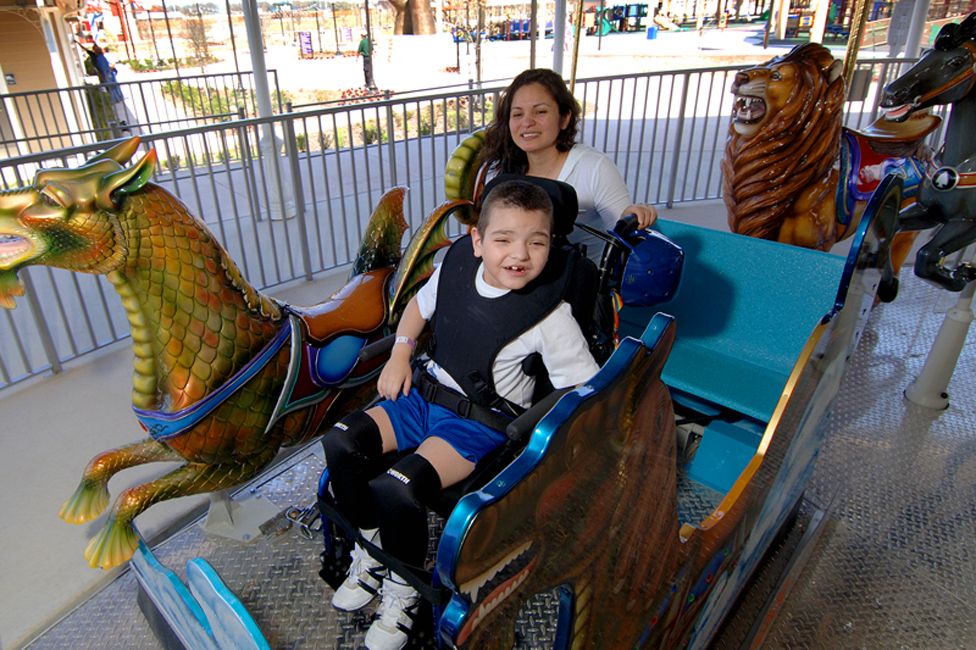 “I realized Morgan was one of the lucky ones because she had many of the things she needed. I didn’t want cost to be a barrier for others with special needs,” Gordon said. 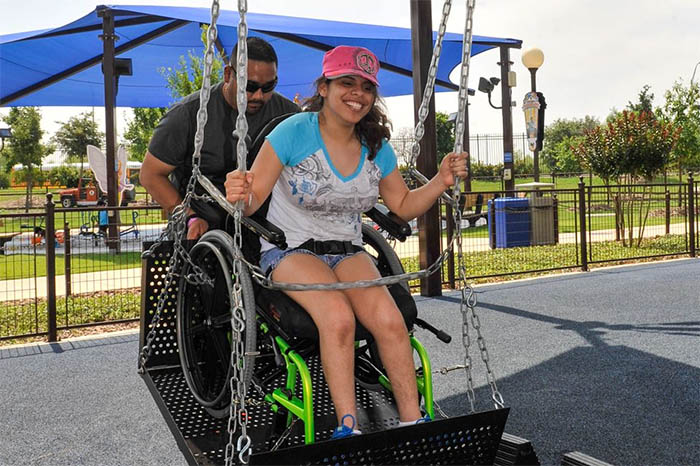 For many with disabilities who come to Morgan’s Wonderland, it’s the first time that they’ve been able to experience the rides and attractions. Since its opening, they’ve had more than one million visitors from 67 countries and from every state in America. A third of the staff at Morgan’s Wonderland have disabilities as well, and the environment is full of love.

The wonderland does not turn a profit, but kind sponsors and donors kindly help keep this beautiful park open.

“We open every year knowing we’re going to lose over $1m and we need to recover that through fundraising and partners,” Gordon said.

They recently expanded to include Morgan’s Inspiration Island; a $17 million fully-accessible water park.

“Fewer people were visiting in July because the wheelchairs got too hot, so we decided to create a water park next door.”
Several areas of the island feature warm water, which helps visitors with muscular conditions. The park also provides waterproof motorized wheelchairs to guests which run on compressed air rather than batteries.

For Gordon, the park has become more than just about helping his daughter.

“Yesterday a man came up to me at Inspiration Island and just held my hand,” Gordon said. “He pointed to his son, who has acute special needs, and started crying. He said he hadn’t been able to play in the water before.”

Three out of four visitors to the park are not disabled, and this is exactly the type of atmosphere that Gordon wanted: one where the disabled and the non-disabled are able to play well together.

“It helps people realize that though we are different in some ways, actually we are all the same,” he said. “I saw one girl in a wheelchair go up to another girl without special needs, and they began playing together. That was really cool.” 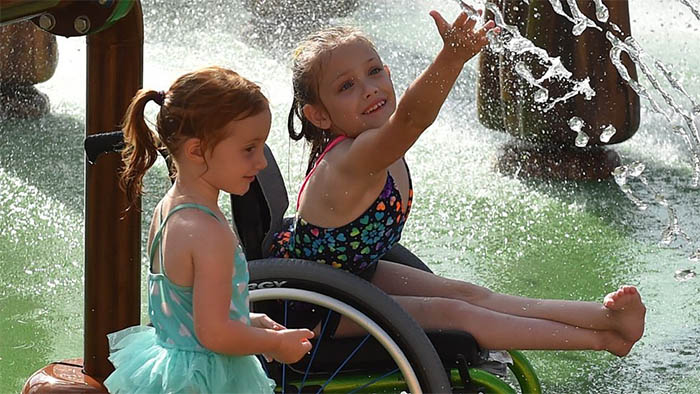 Hundreds of emails and requests have been sent to Gordan requesting him to establish similar theme parks in their area, but instead of doing so, he is devoting his time to creating educational facilities for teenagers with special needs.

“I know there are a lot of different organizations trying to develop something similar to Morgan’s Wonderland abroad,” he said, “and we’ll continue to work with them.”
At the amusement park, his daughter has become something of a celebrity, and everyone wants to play with her and take pictures with her. 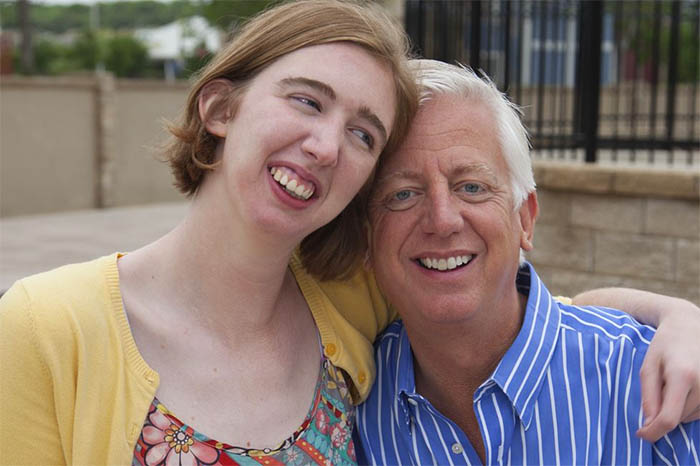 “When she comes here she’s a rock star! Lots of people want to talk to her and take her picture, she’s very good with it,” Gordan said. 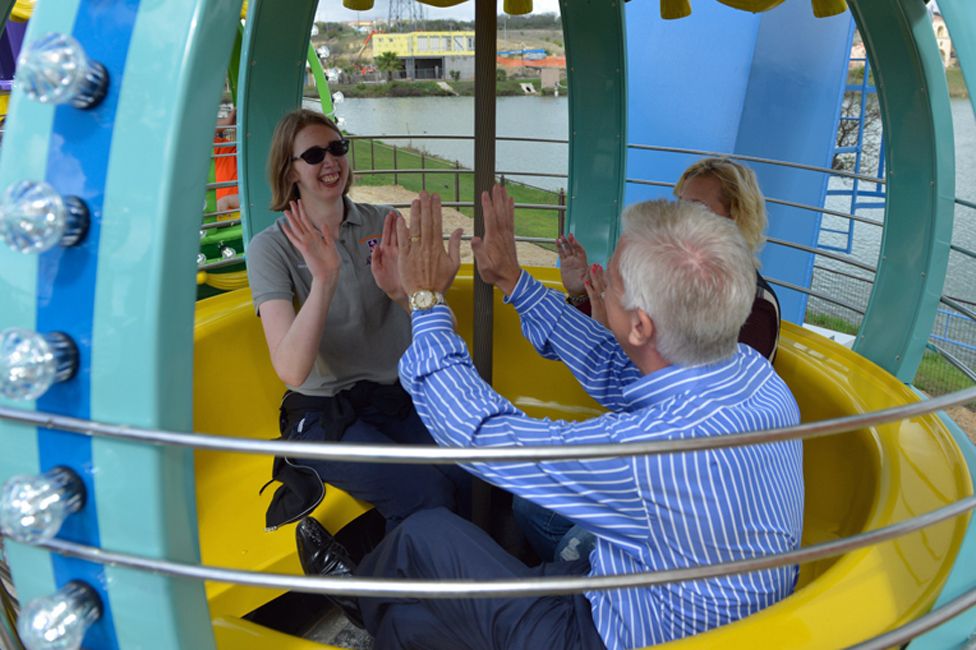