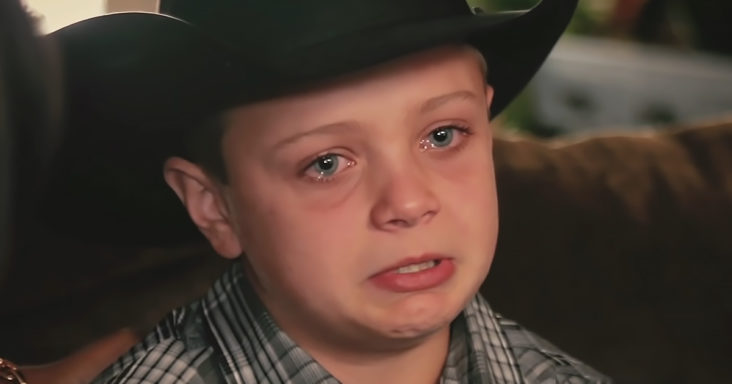 Two little boys in Las Vegas shared their dream of becoming professional bull riders as part of a school project. FOX5 learned about it and dispatched the FOX5 Surprise Squad to the boys’ homes to assist in making their dream a reality.

Young Jace stated in a book report that he aspired to be a bull rider like his late father. The boy still wears his father’s cowboy hat with pride. The PBR jumped into action, collaborating with Fox Five News to surprise two young PBR fans. 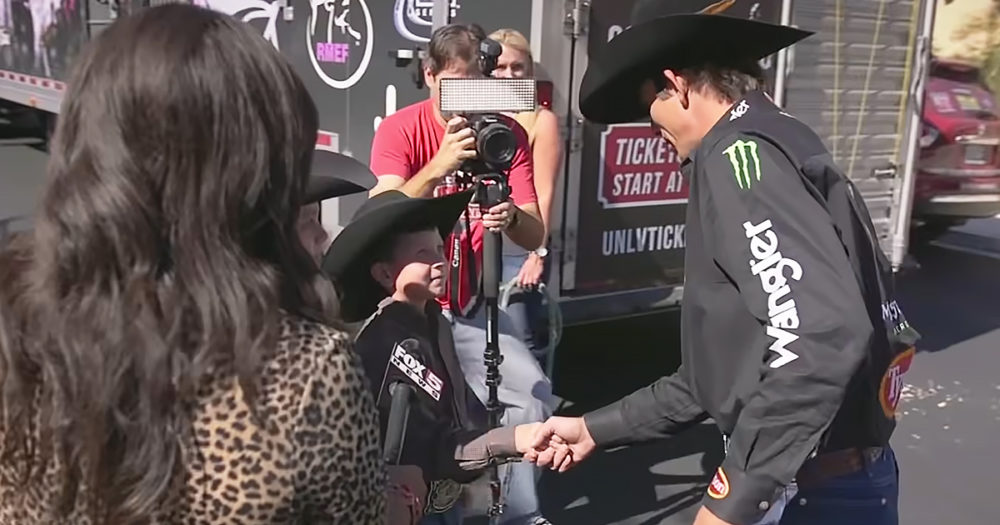 The FOX5 Surprise Squad heard about Jace and Jett and knew they had to do something special for the boys, so a reporter showed up at their house for a beautiful surprise interview.

The FOX5 Surprise Squad and the PBR team sent three famous bulls to their home in a trailer, and the kids were shocked. They were petting the bulls when they saw someone get out of the truck behind them.

The man approaches, and the boys realize that he is the famous bull rider, J.B. Mauney. The children tell Mauney why they love the sports and admire him as much as their father.

Mauney also gifts the boys tickets for a PBR show that he would be featured on. They got to go to the show that night and watch Jamie ride bulls in the big arena! You can tell that this was a fantastic day for the two boys.

The boys’ grandparents are very supportive of their dream. Their grandmother said, “I believe that God has a way of taking care of children. Their Dad is looking down on them and happy for them.”