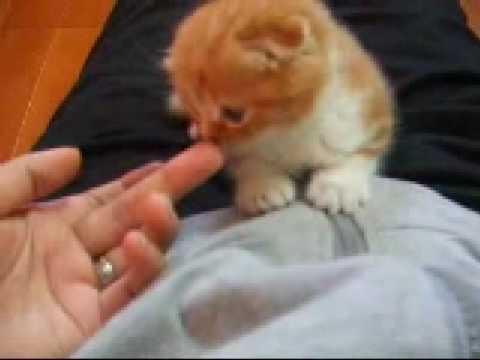 There’s something magical about a kitten wanting to spend time with you. You have this little furball who has only recently entered the world, and you can literally hold them in the palm of your hand and pet them. Yes, they will grow older and larger, and they will still cuddle, but having something that small with you feels extra special. Take, for example, the kitty in this video.

Aside from the Japanese lettering in the title, you can tell this is from Japan (duh). The cat’s breed – with the floppy ears – is one I’ve only seen in Japan. It’s absolutely adorable. The kitten is seen walking in another room before noticing her mother on the floor and making her way over. What follows is best described as a Cuddlefest. They both appear to be at ease and content.

As the kitten lies on her lap, the mother begins to stroke her. This video is only three minutes long and shows her petting a cat… and I believe it is too brief. I’d watch a 30-minute or even an hour-long version of this if it was available. That’s not a lie. It’s very relaxing to watch this. I could even fall asleep with this on repeat. I’ll have this on my phone the next time I go to the doctor because petting a cat can lower your blood pressure and this is the closest thing to it. 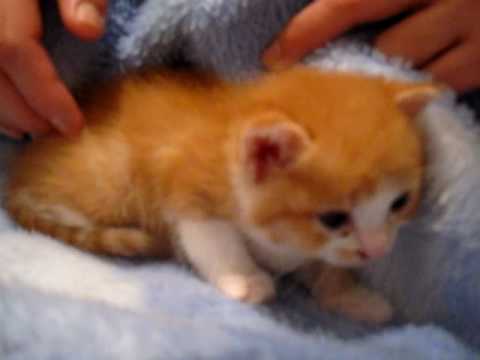 My cats are the same way. I can’t sit on the floor for long because they believe I’m there for them. I could simply be attempting to put socks on my son’s feet. Nope… three seconds later, I hear “MEOW” followed by a bump. I’d go to the attic in an old house, and the male cat would follow me to the second level of the steps. If I sat down, he’d charge up the steps, expecting me to start petting him. There’s just something about being on the ground that makes cats happy. Not that I’m complaining in the least.