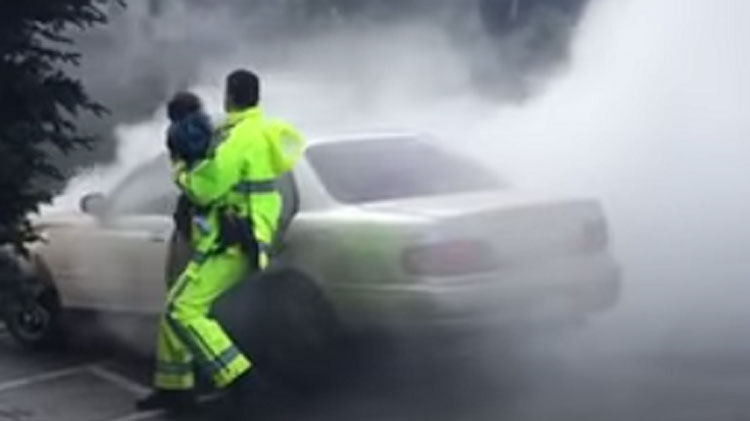 A highway patrol officer was driving down the major highway that runs through the beach town of Monterey, California when the unthinkable happened: An explosion of smoke and flames billowed out from beneath the hood of the car in front of him.

As blazing, smoking fragments of the automobile fell onto the road, he turned on his lights and beckoned for the driver to pull over. The driver off the highway and parked in a lot of a local hotel, thick clouds of smoke curling out from beneath the hood and surrounding the vehicle. 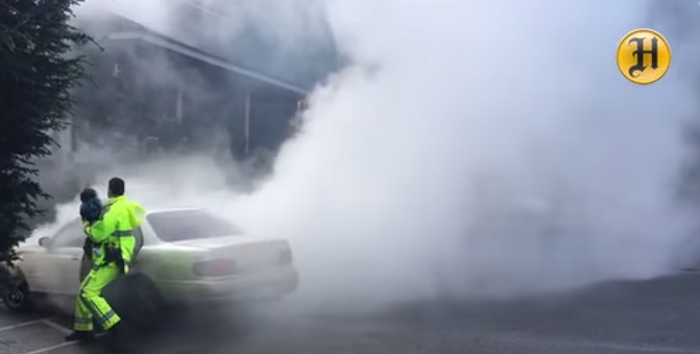 The passenger dashed out of the car, then tried but failed to open the back door to pull out the two toddlers still trapped in their car seats. The CHP officer, Kaleo Clissold, didn’t even realize the children were back there until he started yelling for the driver to get out – which she was only able to do by crawling over to the passenger side, since her own door wouldn’t open. 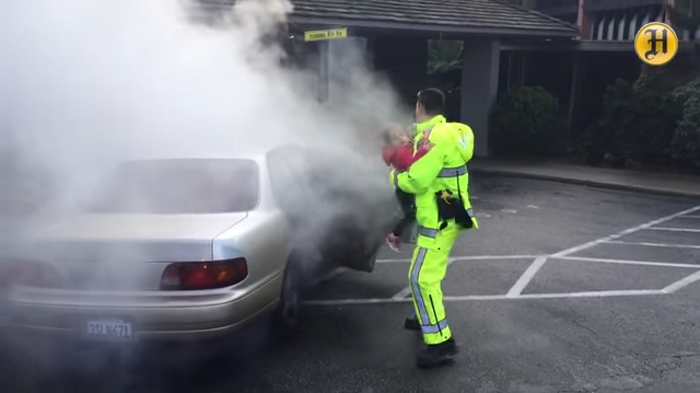 Clissold jumped in twice to save the screaming one-year-old child and a two-year-old girl. They were unharmed as a result of his efforts. He even consoled the children later, telling the small girl that wearing the oxygen mask is “like dressing up.” 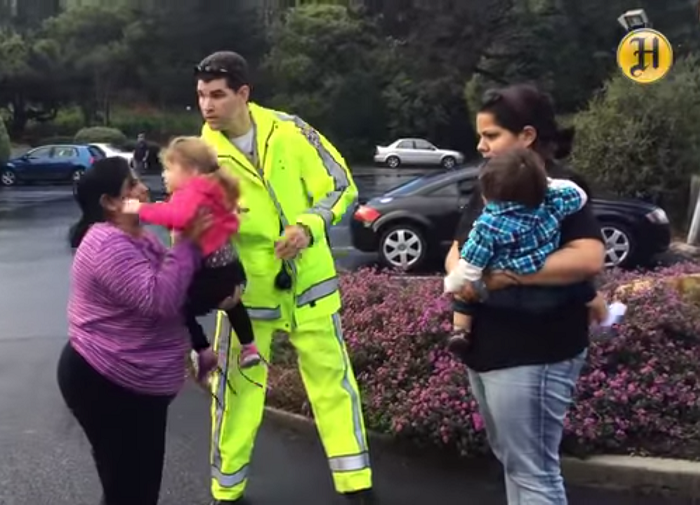 Vern Fisher, a photographer with the Monterey County Herald, was in the car directly behind Clissold and captured the dramatic rescue in the video below.