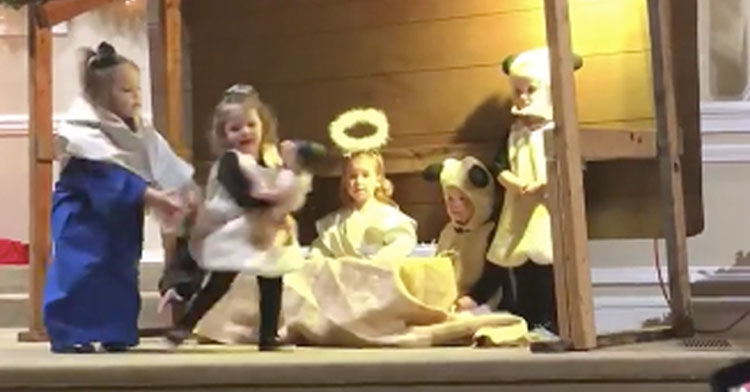 Anything can and will happen while working with children and animals!

A beautiful toddler scuffle broke out during a Christmas pageant nativity scene in White Pine, Tennessee when one little girl decided she needed to dance with the baby Jesus doll right then and there. The child playing Mary, on the other hand, was not convinced! 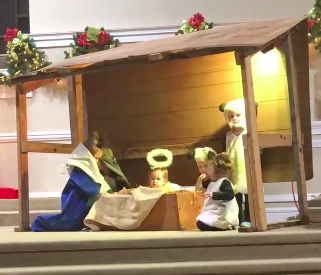 Tana Benson was at the First Baptist Church of White Pine for the pageant, where her two-year-old daughter Teegan was playing a sheep in the nativity scene. The choir was singing “Away In A Manger,” and the atmosphere was appropriately solemn, but only for a short time!

Teegan jumped to her feet and grabbed into the manger, pulling out and clutching the Jesus figurine. She smiled smugly at the audience while swaying with the infant to the music. 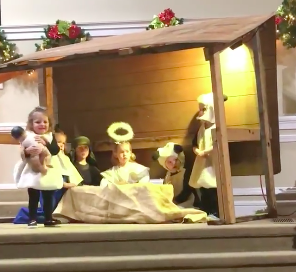 The audience laughed as Teegan stole the show, but one member of the toddler nativity was not laughing. The three-year-old who was playing with Mary jumped to her feet and tried to grab the doll from Teegan. As Joseph looks on worriedly, an adorable struggle ensued, and the crowd could not stop giggling. 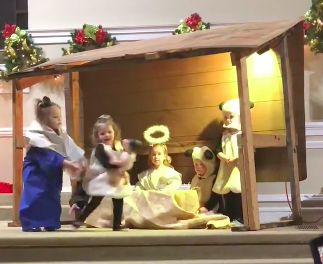 Once Mary tried to tackle Teegan to the ground, it was time for an adult to intervene! File this one under “Best. Pageant. EVER! 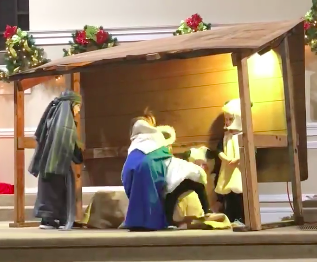 Teegan’s mom Tana uploaded the video to Facebook with the caption:

“My little sheep took the baby Jesus, breaking all the rules leaving poor little Mary no choice but to take action! Momma to the rescue tried her best to protect her baby at all costs. Definitely a program I will remember. LOVE these kiddos and my church family! Laughed so hard I cried!”

There’s no word on who will retain custody of the Jesus doll after the pageant is over, but we’re hoping Teegan gets him!

Watch the hilarious video below, and don’t forget to share to make someone laugh today!