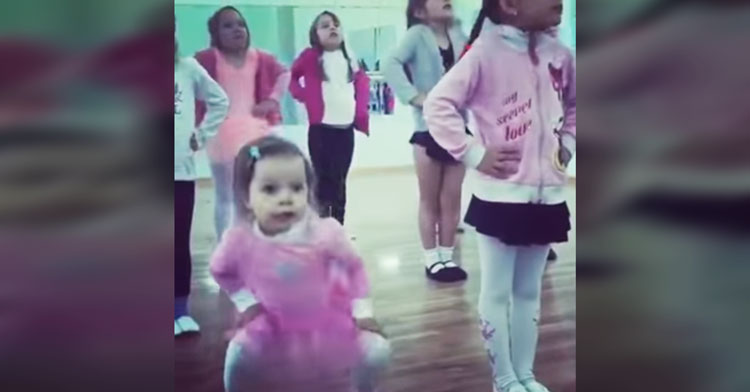 This little girl is either in a ballet lesson or thinks she is in a ballet class based purely on her tutu. Or perhaps she is unconcerned in any case? We’re guessing it’s that, and that’s great with us. She is by far the youngest in any class she is in, and she has her own utterly charming manner of doing things that will have your heart flip-flopping in no time.

In the video below, an adorable young toddler is dressed entirely in pink. She’s surrounded by a group of older kids who sit up straight and listen intently as the teacher guides them through several exercises. 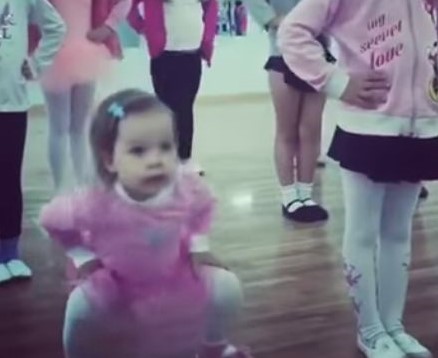 She tries to keep up – at least some of the time – but the teacher’s voice isn’t quite as engaging as the upbeat music playing in the background.

And, given a toddler’s attention span, our little star spends the next minute swinging her hips, dancing, shuffling, and even attempting to eat a chicken wing. 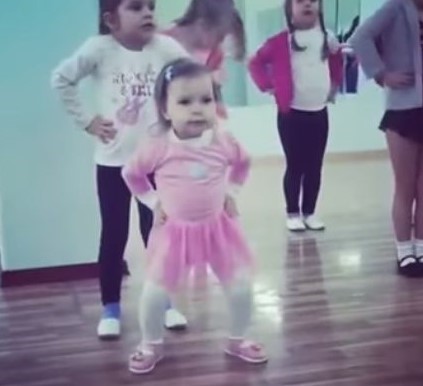 “This is by far the cutest thing I’ve ever seen,” one viewer gushed.

“Somebody gets her a show so talented!” another agreed.

And at least one person likes how this little girl took the path less traveled, saying, “who needs a routine… do your own thang!!!” 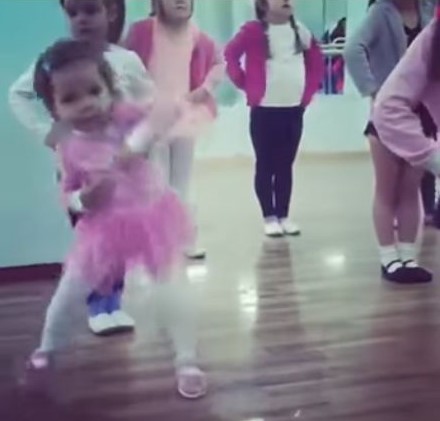 Never change, sweetheart – it’s people like you who make the world go round.

Watch this cute little girl dance to the beat of her own drum in the clip below, and share to spread a smile!