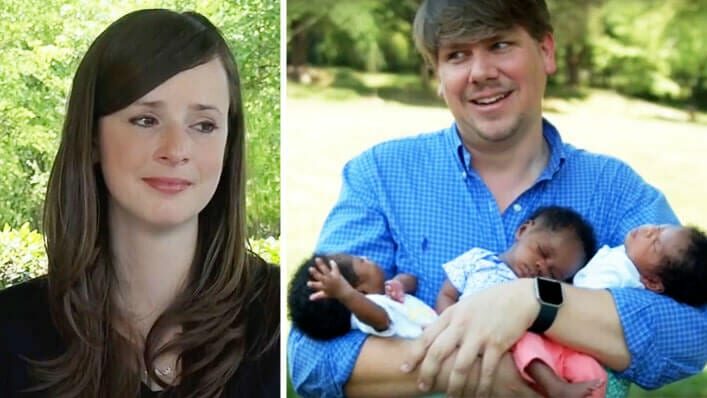 Families today seem very different than they did 50 years ago. Interracial marriage is commonly recognized, and adoption and foster care provide children with a forever family. It’s fairly uncommon for a family to be made up of parents and children of various ethnicities and skin kinds.

Aaron and Rachel Halbert are firm believers that racial strife in our country—particularly in the south, where they grew up—should never be used to undermine a child’s ability to have a family.

After struggling for years to conceive, Rachel and Aaron turned to a different method of creating a family: adoption. They proudly welcomed a little boy and a little girl—both with darker skin—into their forever family.

“We knew, especially in the South, that a white couple with non-white children would draw a myriad of different reactions,” Aaron explains. “There will always be the older white woman in Walmart who stared at us with sheer disgust or the African-American mother who looked at us and just shook her head.”

But love conquers all, and the couple loved everything about their little family. As missionaries serving in Honduras, the Christian couple was eager to bring more lives into their family. 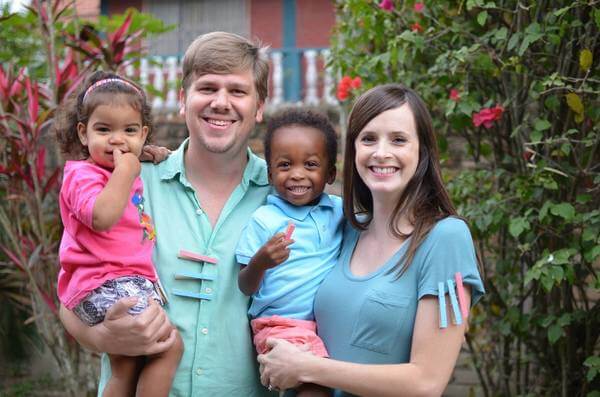 They discovered embryo adoption a short time afterward. It’s when embryos that have been frozen for a period of years in a Christian embryo bank—in this case, 15 years—are implanted in the mother, giving embryo infants a chance at life.

“If Christians—or others—really believe life begins at conception, it follows that we should respond by being willing to support embryo adoption and even take part in it ourselves,” Aaron explains.

Rachel and Aaron believed that having their new baby “match” their siblings rather than their white parents would be a terrific way to remove the racial stigma.

Despite the fact that they knew some people would judge them for their contentious and culturally taboo decision, the couple believed it was the best choice for them. It’s not every day that a white mother gives birth to three black children, but Rachel was determined to face the possible backlash with the help of her supportive husband.

They took two frozen African American embryos and implanted them according to protocol. However, one of the embryos split within the womb, and the couple learnt they were expecting triplets six weeks later!

In April, three girls were born as triplets. 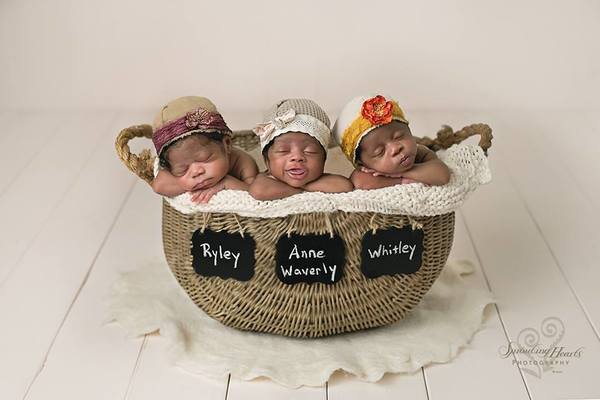 “It’s been heartening to see virtually all of our friends and family express overwhelming support for our family and the unusual ways we’ve built it,” Aaron says. “In our minds, we are just living out our dream. A dream that may not look like the average family, but one that we are thankful could come true in light of our country’s history.”

Aaron says their family is not what he and Rachel had planned 12 years ago when they were dating and discussing adoption, “but oh, how thankful we are for God blessing us with these sweet little ones He has placed in our care.” 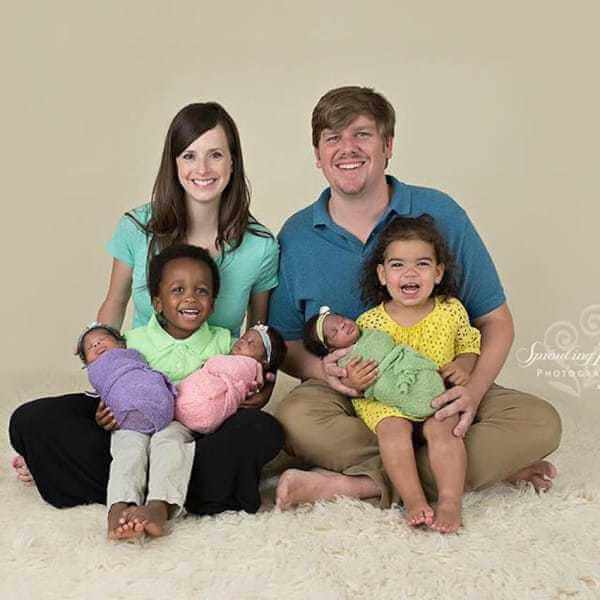 “I can remember a friend going through the adoption process telling me he had always wanted his family to look like a little United Nations. As I look at my growing family, I prefer to take it a step further, daring to hope that our family picture is a little hint of Heaven.”

The look on this proud papa’s face as he holds their three little ones says it all. 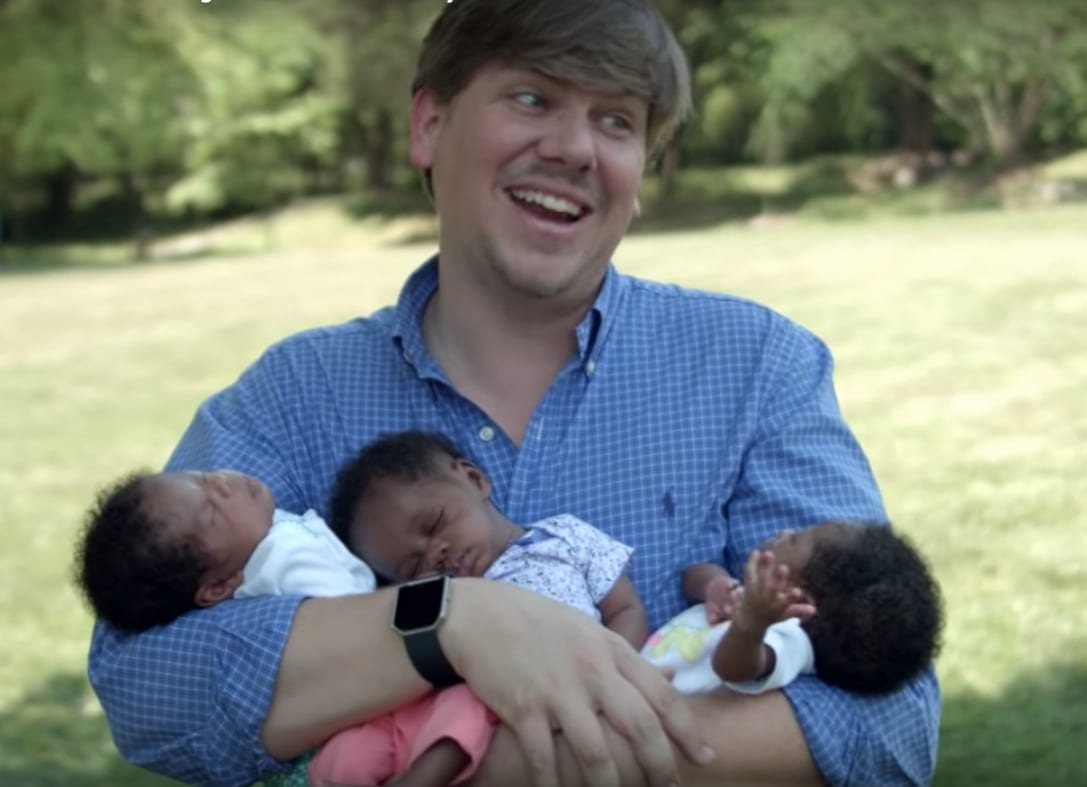 While the glances and criticism of their interracial family have been unpleasant at times, the couple couldn’t be more pleased with their decision.

Not only is it wonderful that Rachel was able to have a child, but the Halbert family of seven is also a live example of what God has called us to as brothers and sisters in Christ. 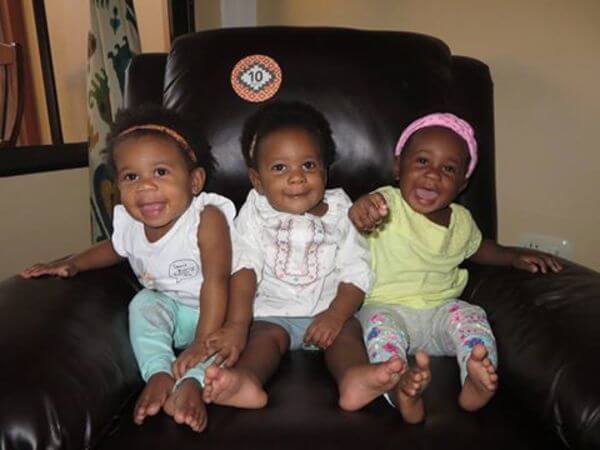 “We believe when you look into any human’s eyes, you look into the face of an image-bearer of God—into the eyes of a person whose soul is eternal,” Aaron says. “While that is the common thread of all humanity, it doesn’t mean our racial differences are insignificant. We see the human family’s varying physical characteristics as awesome reminders of God’s creative brilliance.”