Maddy Dellaca is much like the rest of us, just on a smaller scale: if she enjoys a song but doesn’t understand all of the words, she makes them up as she goes.

But that’s only one aspect of what makes this little pea so endearing. You’re well on your way to viral popularity with some pint-sized patriotism, a cherubic face, and obviously visible diapers. 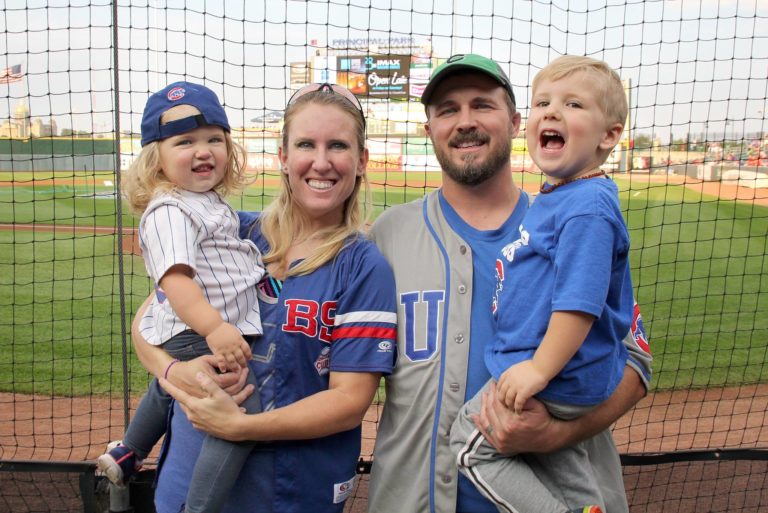 She learned the song — or rather, bits of pieces of it — while listening to her dad, Andy, practice ahead of an audition to sing it at an Iowa Cubs game last year.

Her mom, Chelsea, shot the video below when Maddy was in her brother Drew’s room and using his step stool as a mini-stage. 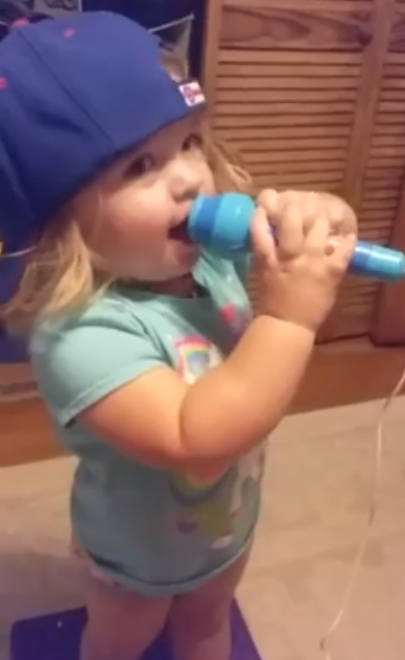 That’s adorable in and of itself. But it’s the step stool that’s important here. Maddy swivels back and forth in a broad arc from the start, as if she’s attempting to make eye contact with every single one of the thousands of supporters in the bleachers ahead of her.

And then, with a little “Oopsie daisy,” she just carries on.

This video went viral last year, for obvious reasons. In later interviews, her mom, Chelsea, explained that Maddy and her older brother sing “The Star-Spangled Banner” together all the time. But Maddy’s also been known to burst into a random solo, just for the fun of it.

She likes to practice like her dad and has just got the microphone for her birthday. Everyone is amazed that this little girl, who has just turned two, can sing such a difficult song. 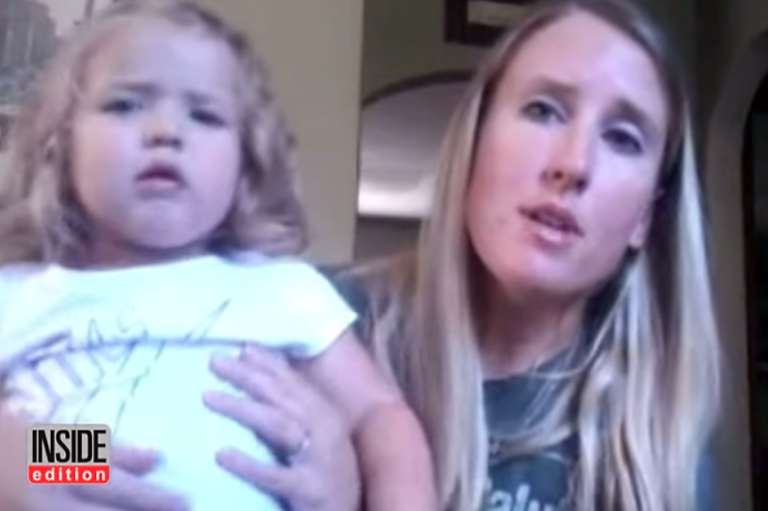 You’d think her parents would be sick of it by now, but no, it’s become a family affair, with Mom and Dad even occasionally joining in. Dad will even sing it to Maddy as a good night lullaby when she has trouble sleeping!

Meanwhile, Dad made it onto the Jumbotron twice last year, which means little Maddy got to hear her favorite song of all time in surround sound! 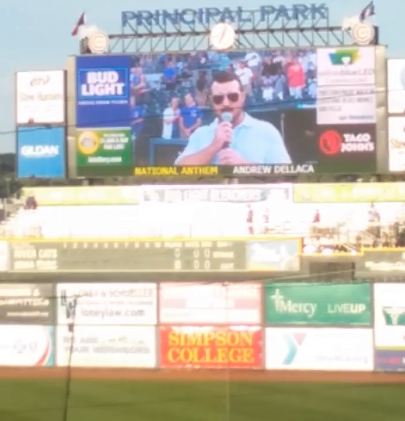 We’re guessing it’s just a matter of time before this little hot shot makes it up there, too. In the meantime, check out the video below to see why she shot to viral fame, and remember to share to spread the cuteness!