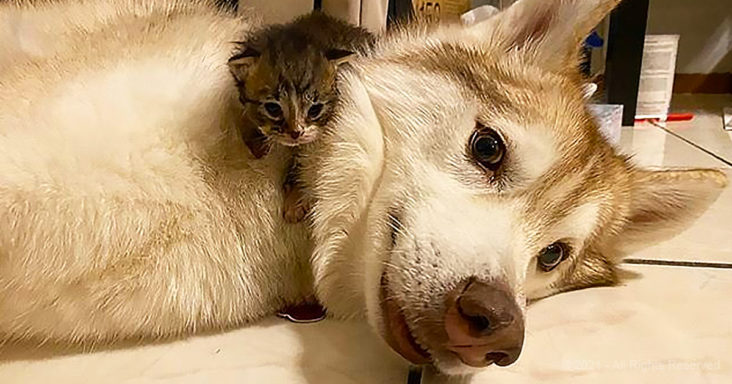 A husky decided to look after four orphaned kittens on her alone. They discovered a new mother and a new way of life.

Lilo is a husky who has earned a reputation as the neighborhood cat whisperer. She is the glue that keeps a pet shelter together and provides a calming impact. A litter of four kittens showed up at the shelter one day. 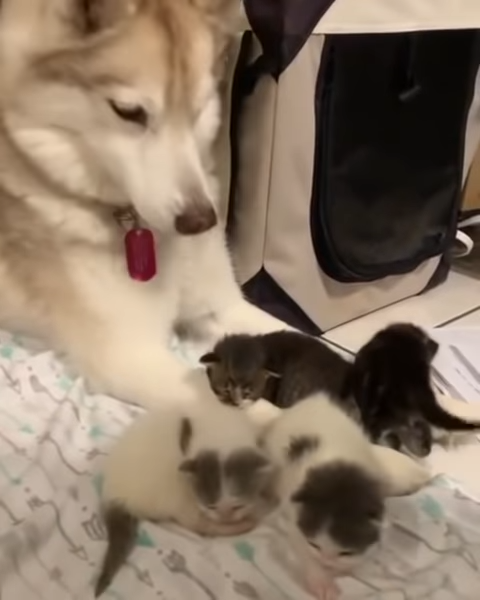 The caretakers needed extra aid to keep the kittens calm because they were so young. That’s when Lilo performed her magic and forever changed their lives.

When Lilo heard the kittens sobbing, she assumed the role of mother and calmed and cuddled them. The kittens quickly gathered around the giant husky when she entered the room. They felt calmed and protected, rather than afraid and alone.

The kittens were given the names Ferrari, Bentley, Tesla, and Audi by the staff. The little speedsters got their names from how quickly they ran across the floor. 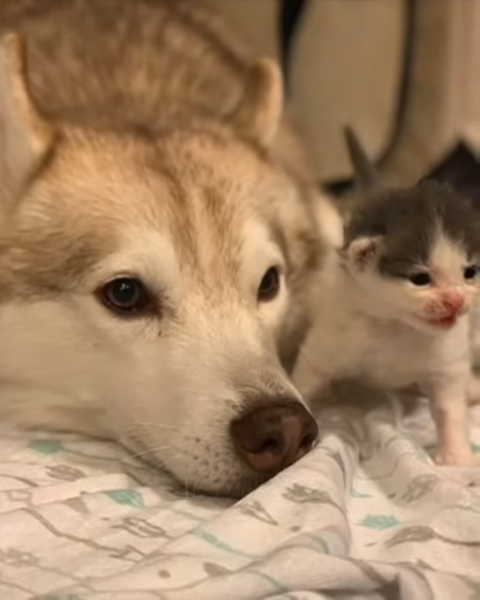 The four kittens are a little more self-sufficient now that they are older. When they are in need, they still call out to Lilo. They, like any other child, want their parents’ love and protection.