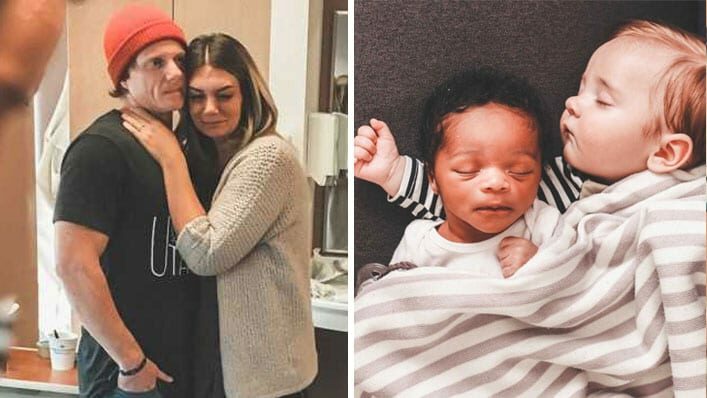 When I was 6-weeks-old, I went to have an ultrasound for tummy issues and they noticed my ovaries were not hooked upright. The doctor at the time felt it would be best to remove them completely. When I was 13 years old, I found out I would never be able to have children. It was then that I started researching adoption. As I grew older my biggest fear was to have to someday tell a prospective spouse that I would never be able to birth our children. Then I met Jason. He was a single dad to [two] wonderful little boys and we fell head over heels. 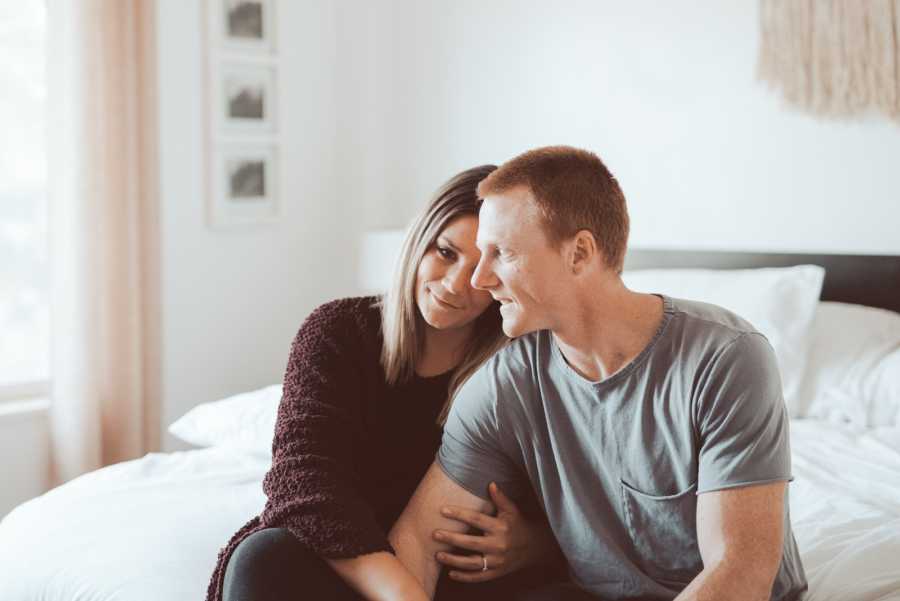 I revealed to him the biggest secret of my life before we got engaged. Only a few people were aware of my existence. As I informed him, I sobbed. He then snatched my face and told me it didn’t matter how our children arrived at our home. They’d be OUR kids, after all. We were allowed to adopt in June of last year. We didn’t want to go through an agency after doing a lot of research. There were just too many dubious ones out there, and after all, was said and done, they cost around $55K. So we decided to go it alone.

We used the internet and social media to market ourselves. We created an adoption page on Facebook and paid-for targeted marketing. We have an Instagram page with images of our lives, as well as an adoption.com profile. A few women contacted us, but most of them turned out to be scammers. Then we received a Facebook message. We received an email from a young woman informing us that her friend was pregnant and looking for a family. 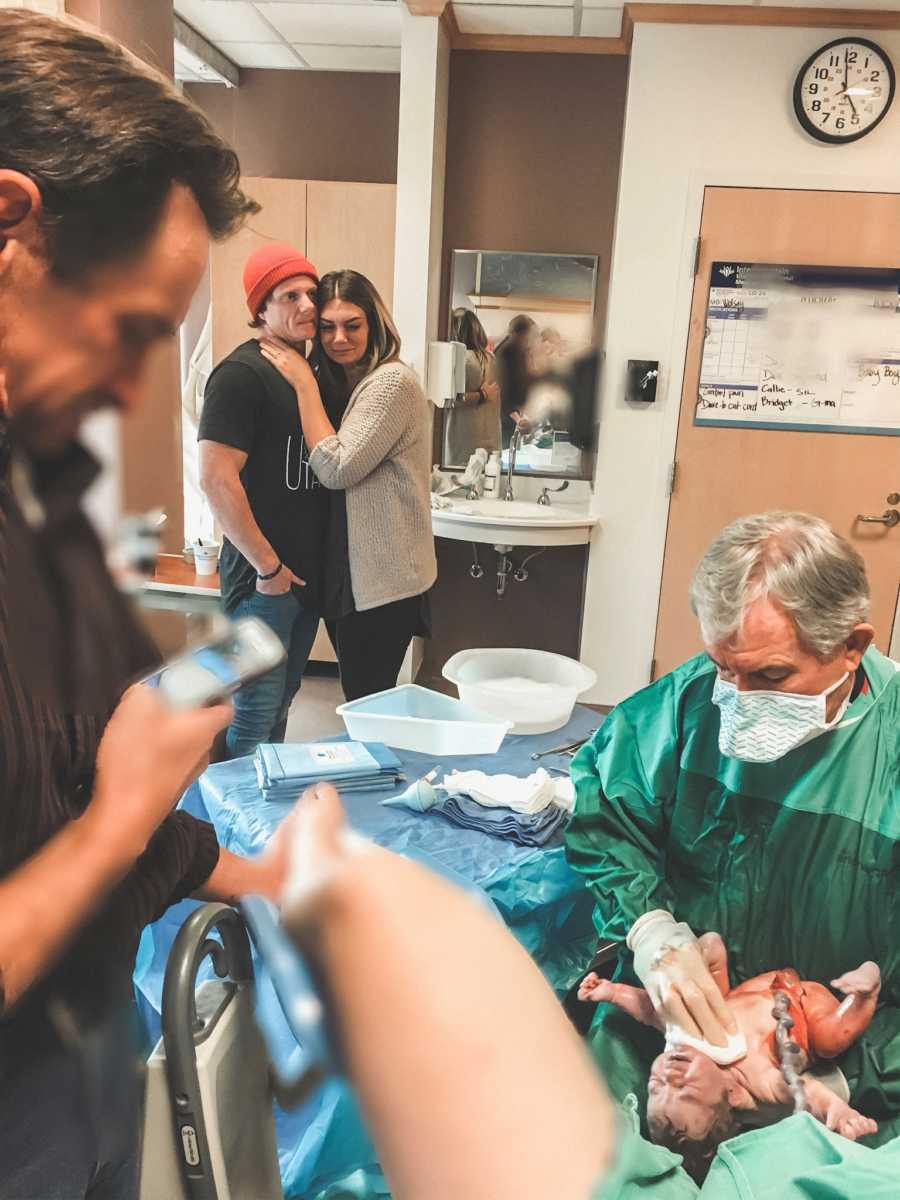 We received a phone call from this woman in Missouri on September 1st, and we spoke for an hour and a half. Over the next month, we grew closer and more excited about one other. She, on the other hand, never provided us with official proof of pregnancy. People are constantly faking ultrasounds and blood tests on the internet. My husband wanted to renew our adoption.com profile one more time, and I was ready to commit because I trusted this woman. On October 1, we renewed it, and on October 2, we received a message from another expectant mother. She was interested in meeting us after seeing our profile. We met two days later at a little café 20 minutes from our home. 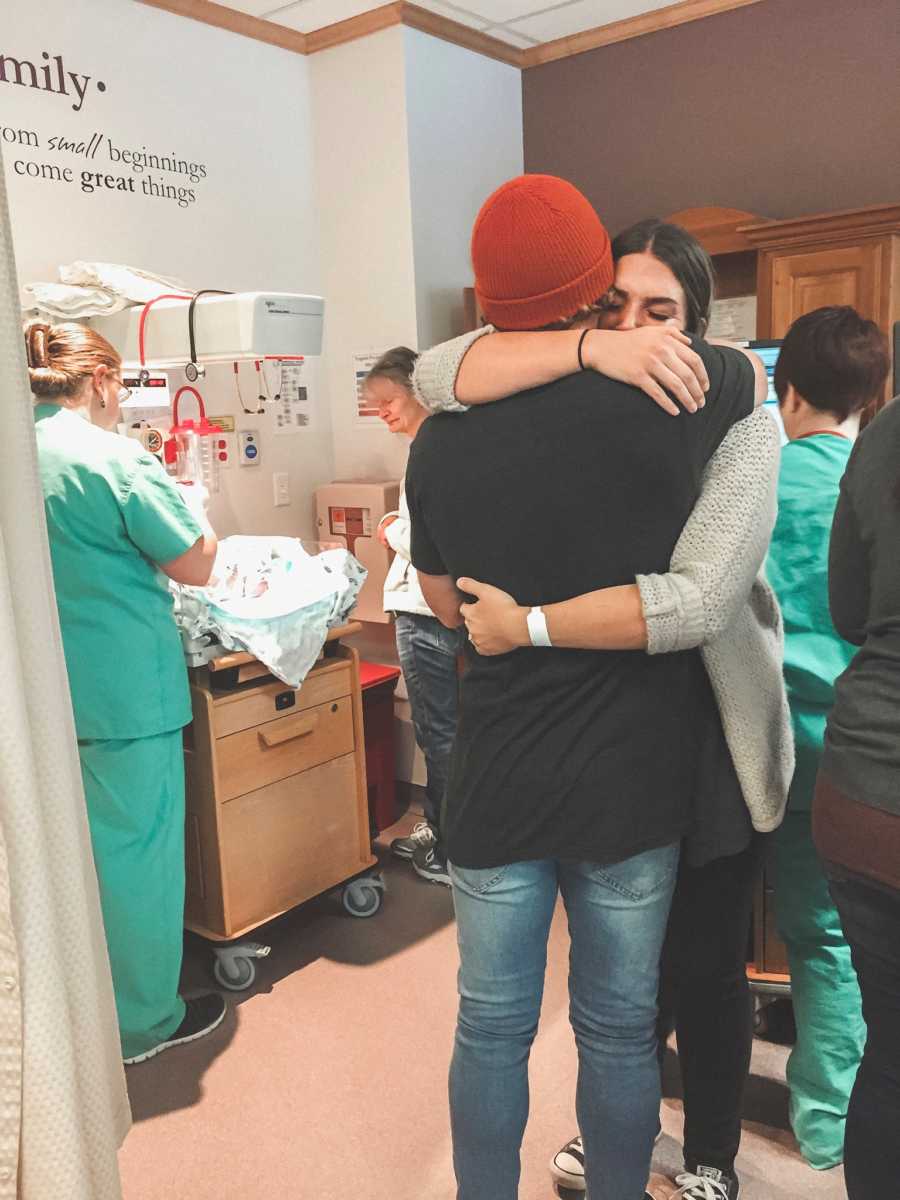 Just as we believed she’d duped us, a very pregnant girl and her mother strolled in. We exchanged hugs, and she showed us ultrasounds of a tiny newborn boy. He then began kicking, and she asked me to feel her stomach. She asked us how we were feeling at the end of breakfast. She then requested if we would adopt her child and cherish him for the rest of our lives. Jason and I were both in tears. smack dab in the midst of a diner I’m completely taken aback. We stood there for [three] weeks, watching our son Andy be born. I was the first to take him in my arms and kiss his delicate hands. That happened on October 30th, 2017. 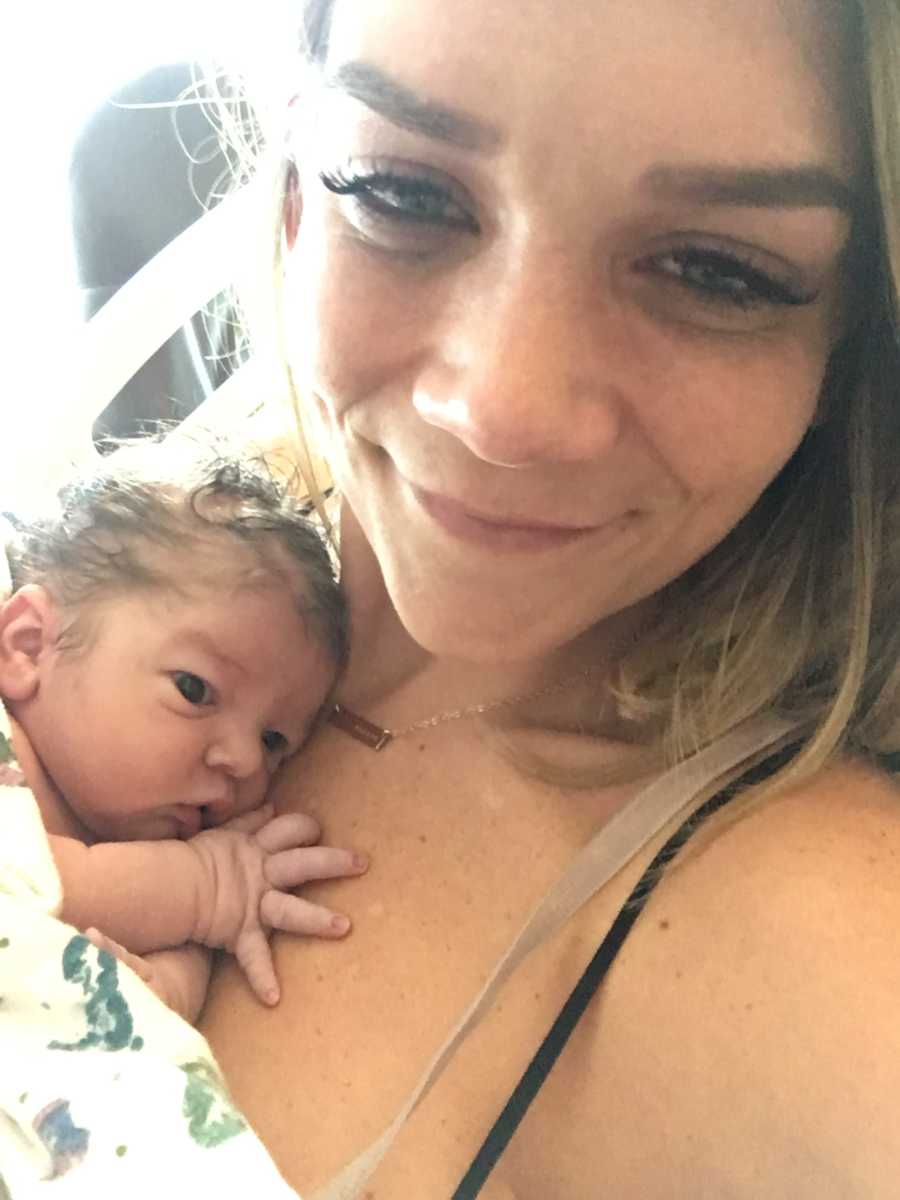 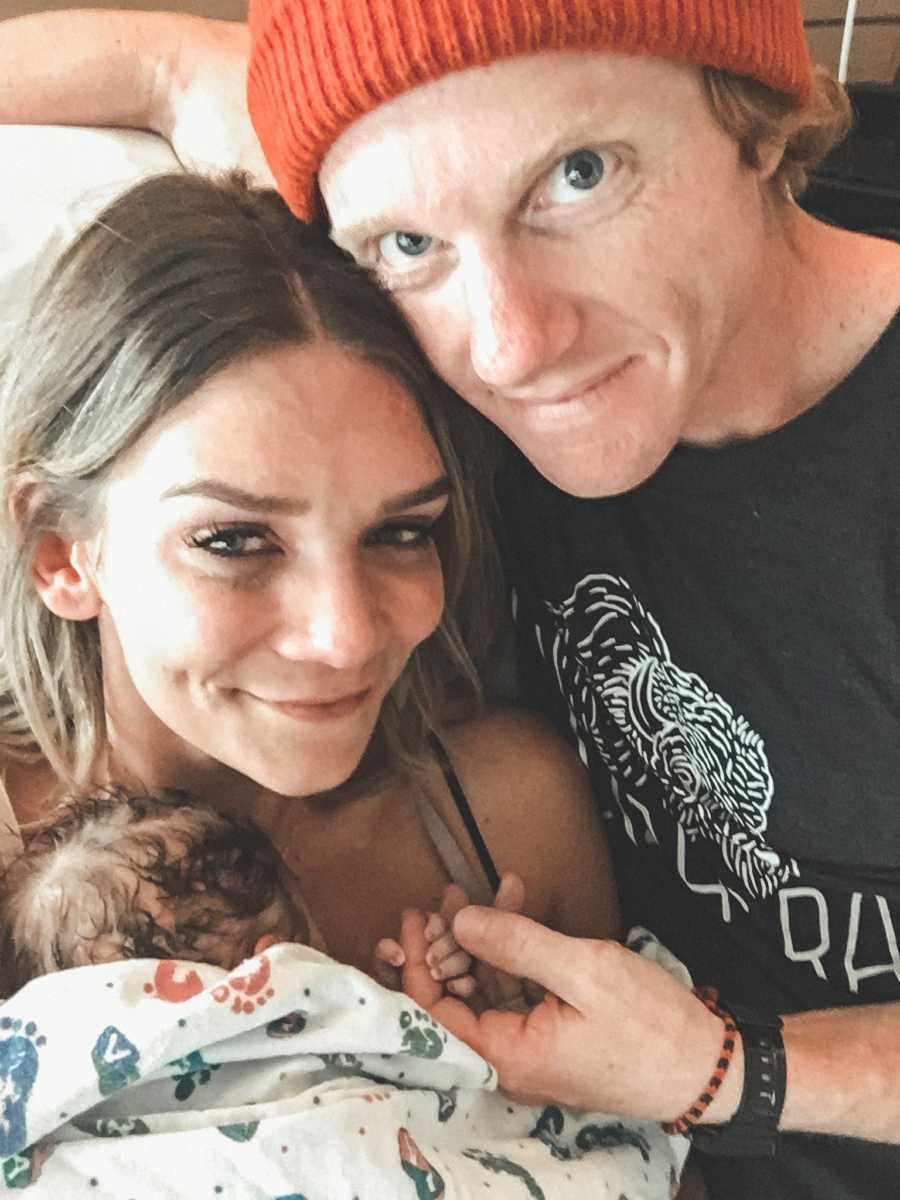 As we took Andy home and adjusted to being new parents, I continued to talk to the first expectant mom we had matched with. She had still never given us proof. She had also told us congratulations and that she found another family for her baby. I was happy for her and we maintained occasional contact over the next couple of months. In January of this year, I received a phone call from this same woman. She told me she had just told the other family she did not feel good about them adopting her baby. She then told me that she knew this baby was supposed to be ours. I stood there holding my 3-month-old baby boy and she sent me pictures of an ultrasound of the baby boy growing in her stomach. I was speechless. But I also knew. Deep down I knew. 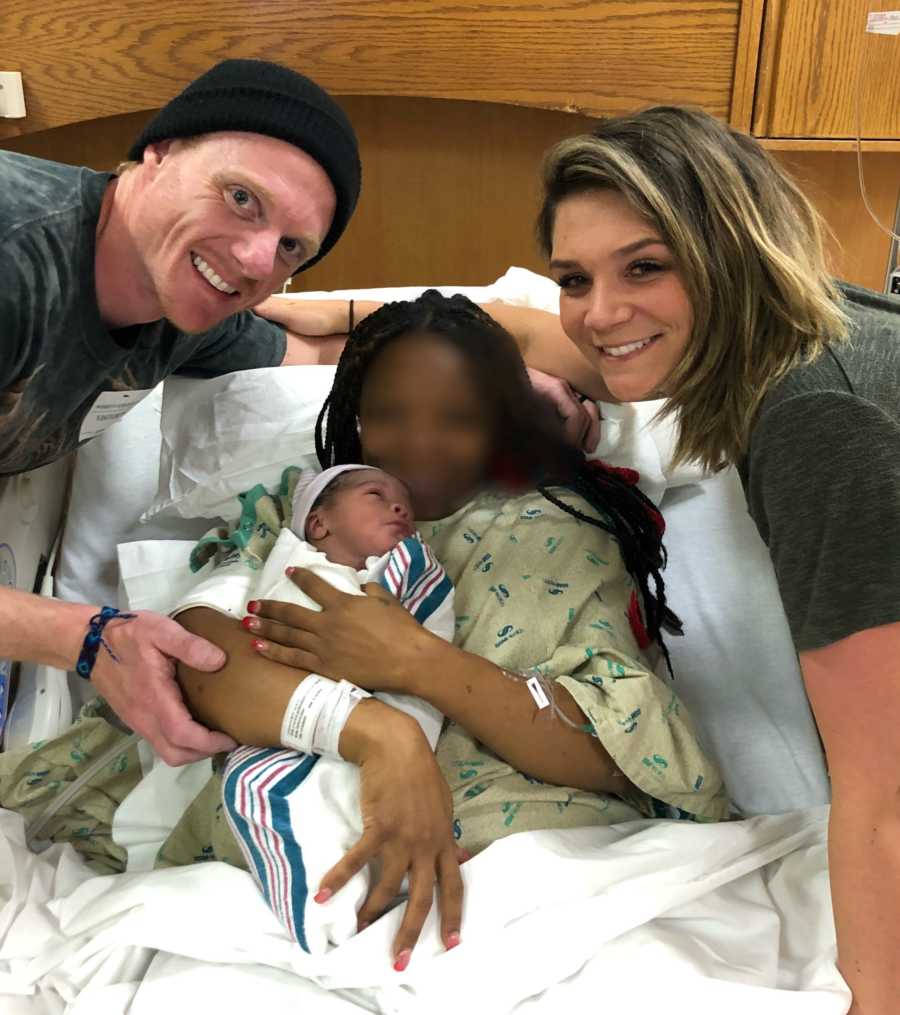 Over the next two weeks, my husband and I prayed a lot about adding another newborn to our family only months apart. The same resounding answer came again and again. Six weeks after that phone call we flew out with Andy to Missouri and met a woman and her three children the night before she was being induced. We were all instantly connected. The next day we stood at her bedside and watched as our son Ellis was born. Jason even got to cut the cord. I was the first to hold him and again kiss his tiny hands. 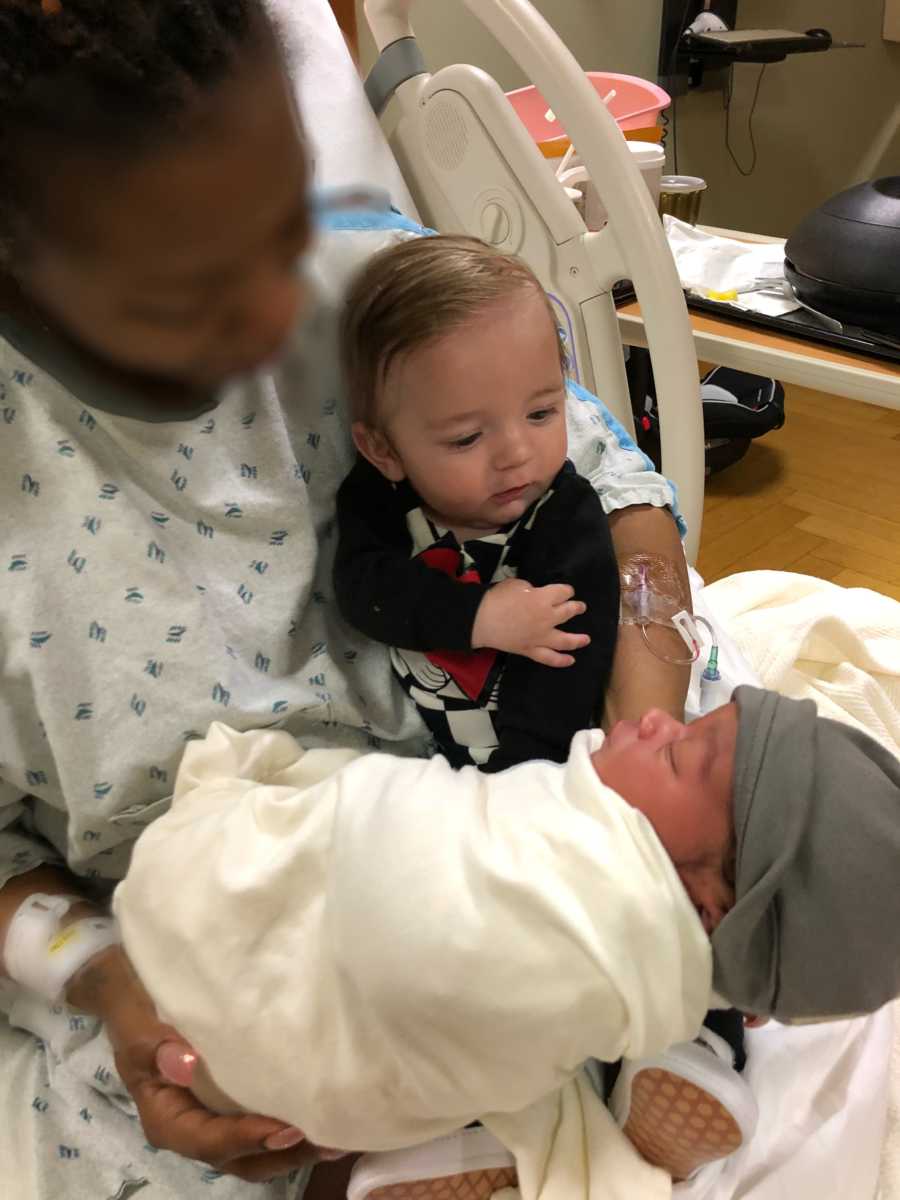 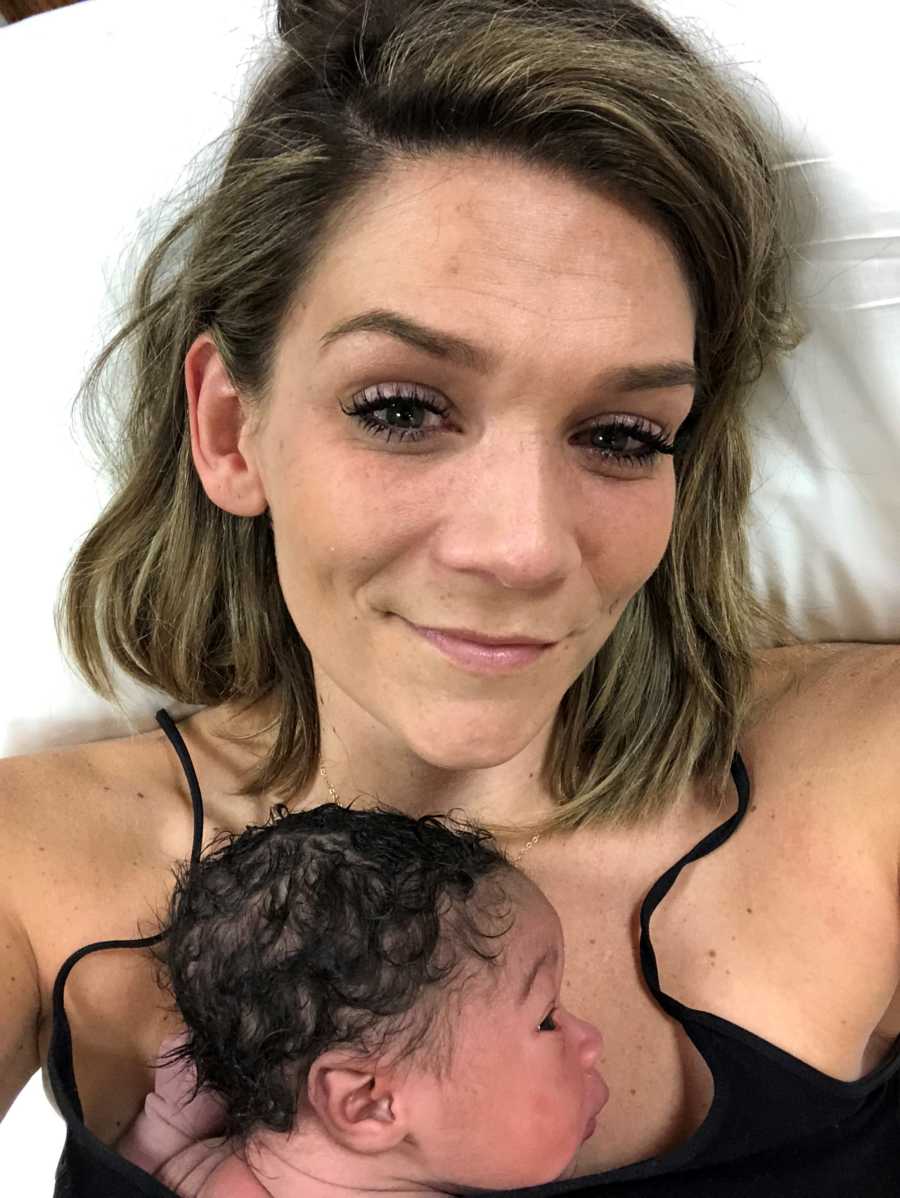 Never did we imagine having [two] newborn babies only [four] months apart. Adoption is an amazing thing. Because of a woman’s greatest sacrifice and selfless decision, I became a mom. To [two] of the most perfect baby boys I could have ever asked for. 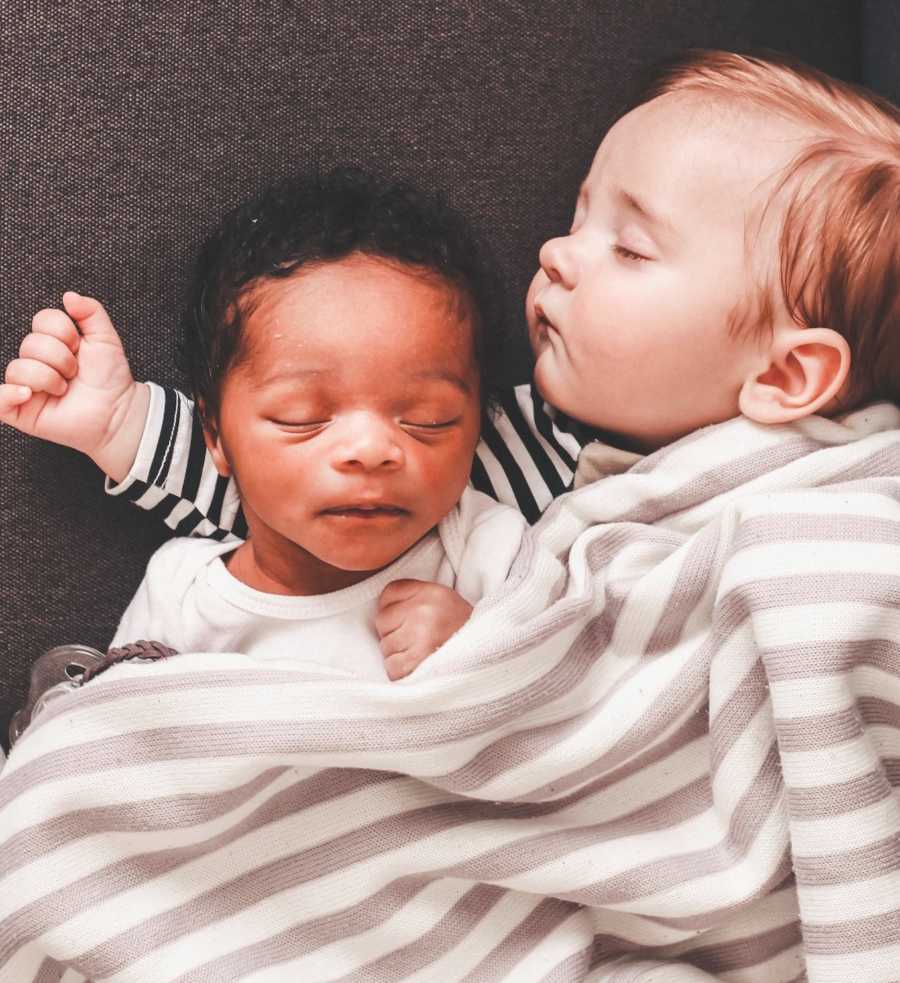 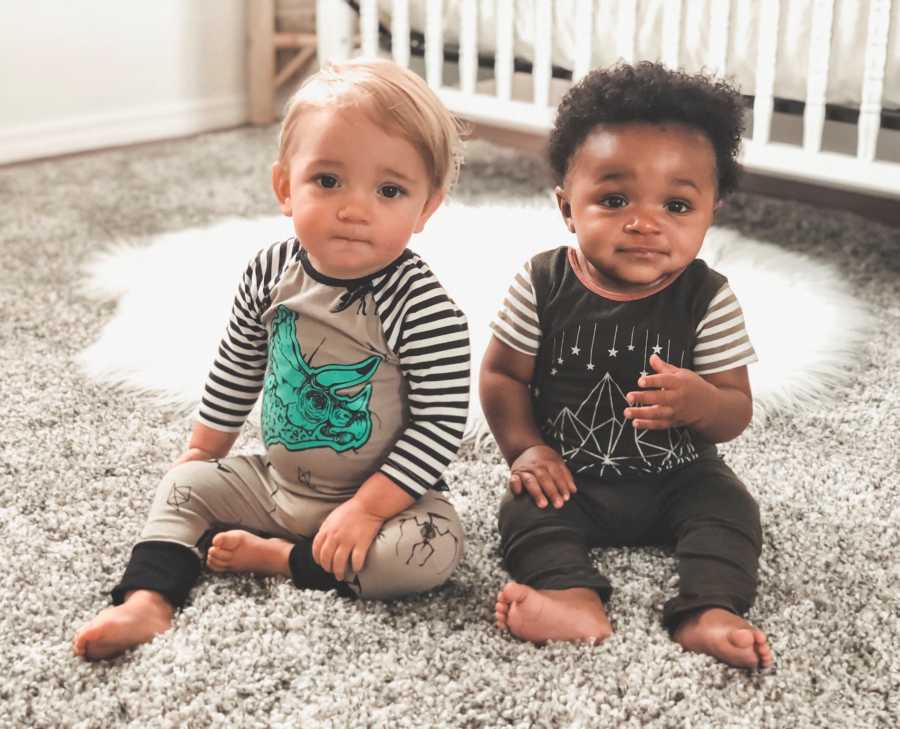 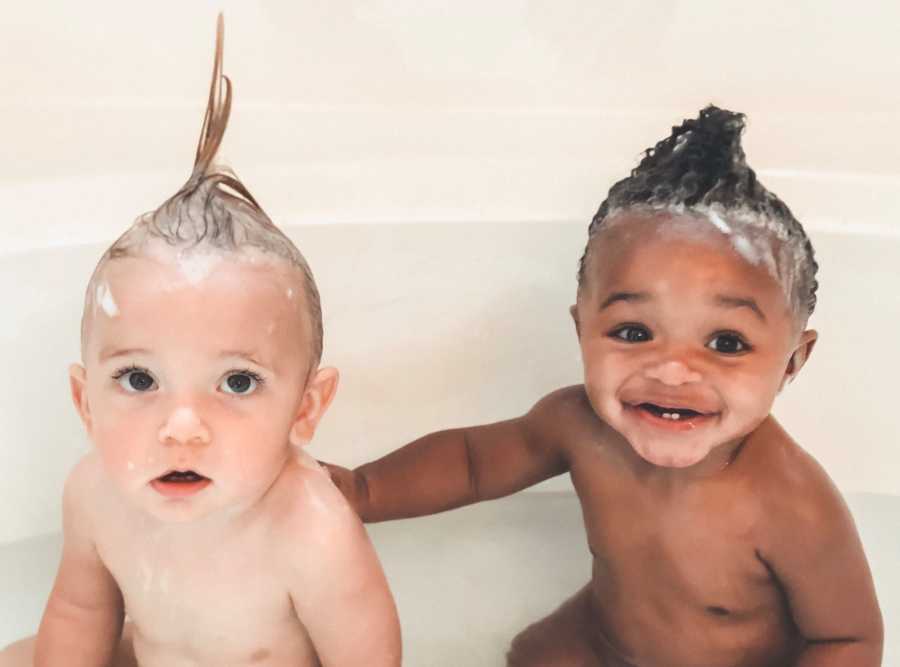 Both of our boys’ birth parents have given us open adoptions. Andy’s birth parents and I recently met up at a local park to discuss and send pictures. 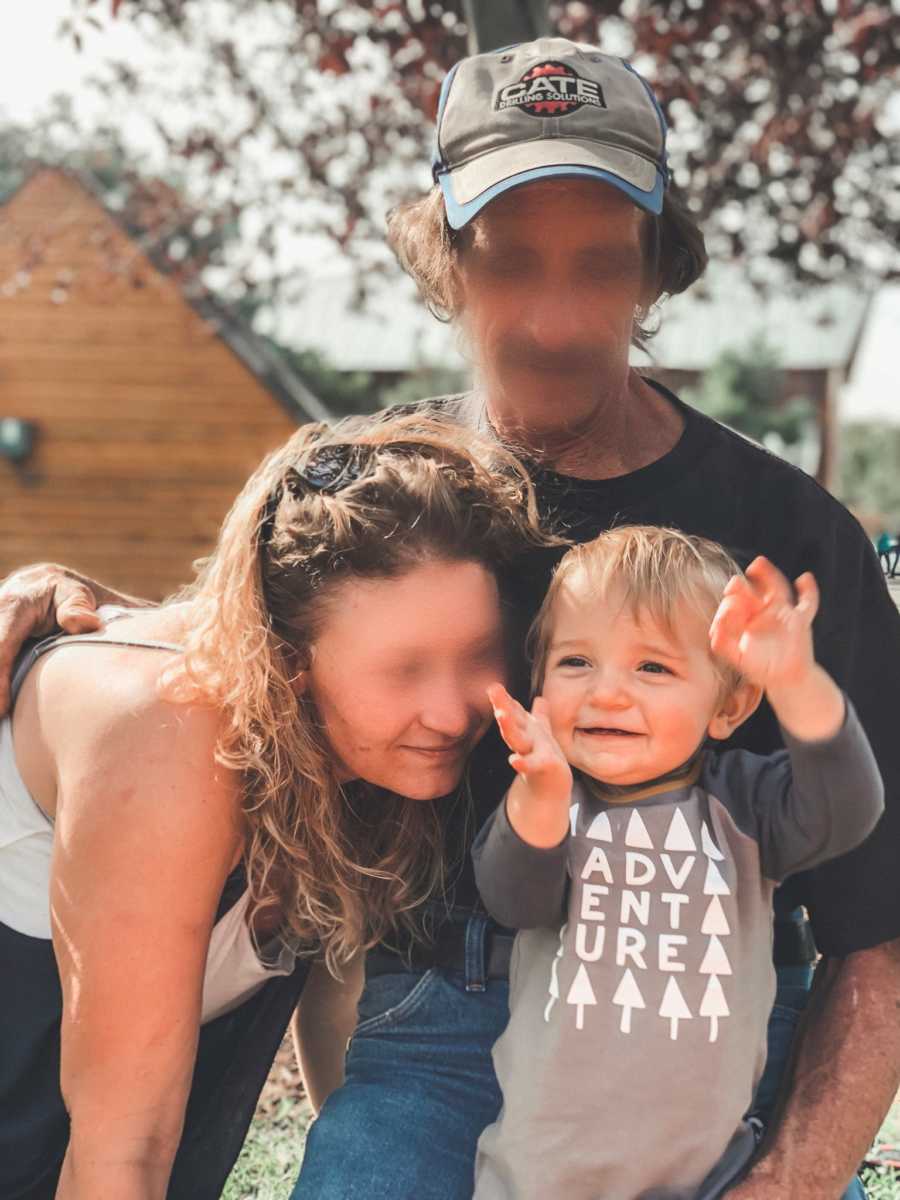 We got a strong sense to contact Ellis’ biological mother four months after he was born because she had said they were going through a difficult time. Jason and I then decided to fly her oldest child over to spend 10 days with us so he could spend time with Ellis. Sean had never flown or been that far away from home. We fell in love with this sweet boy right away. [Ten] days transformed into the entire summer. 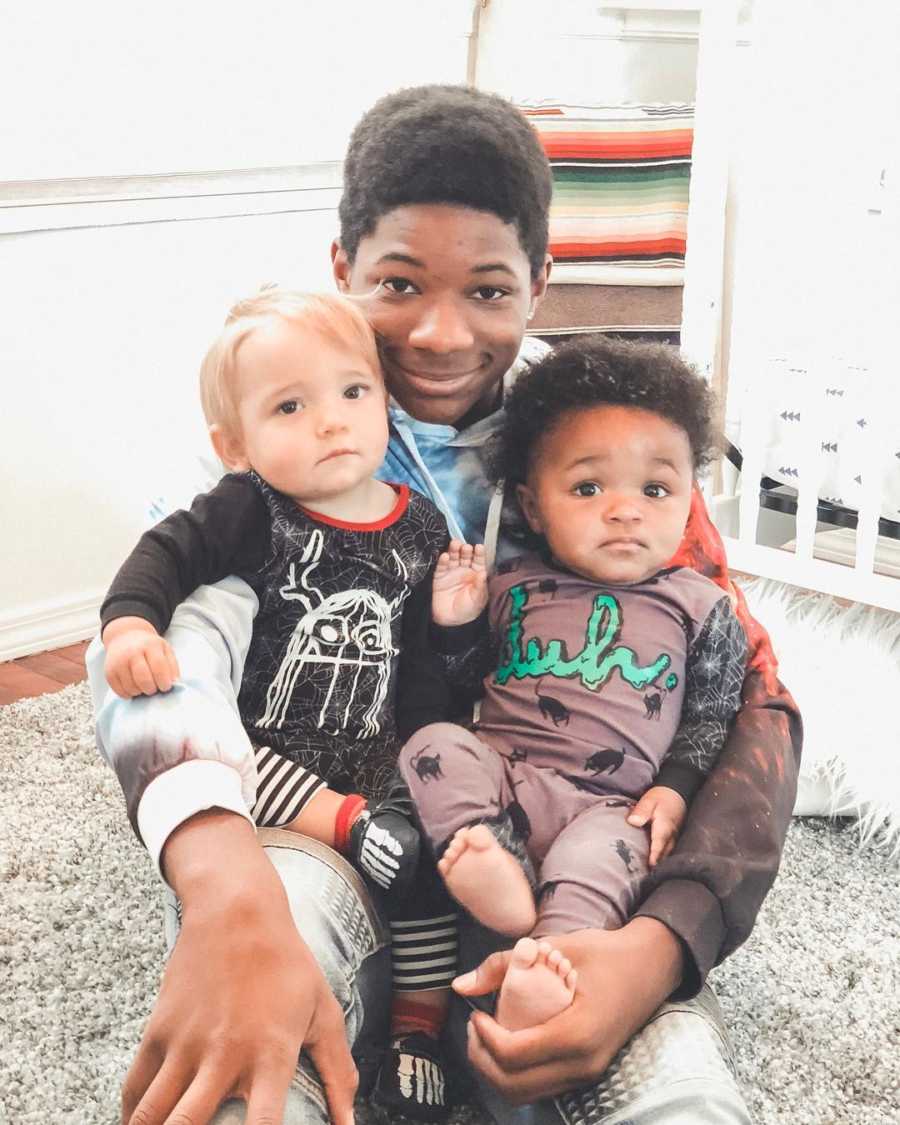 At the end of summer, he asked if he could watch his new friends try out for football. Before we knew it, he was talking to the coaches and asked if he could try out. Sean made the top football team for 8th grade in his first year ever playing an organized sport. He called his mom and asked her if he could stay. She said whatever would make him happy. Sean has now been living with us for 6 months and his football team made it all the way to the playoffs. 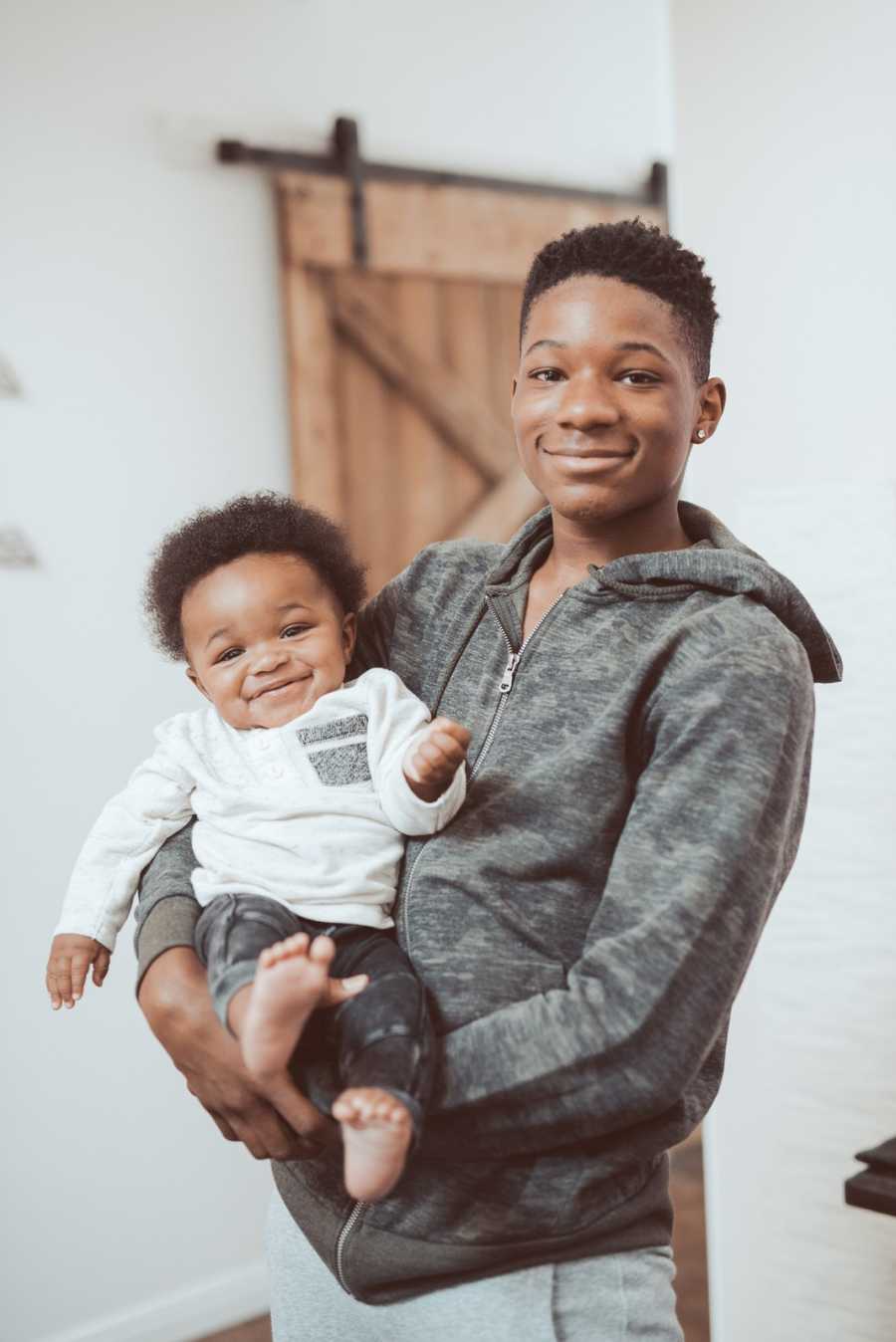 We never imagined a year ago that we would be adding [three] additional children (all boys) to the [two] we already had in under [nine] months. I’m not the mother of any of the [five] sons we have at the moment. However, I am their mother. Andy and Ellis’ adoptions have now been finalized. They’ve been dubbed Orams. Our oldest two boys, as well as their mother, share custody of us. We also don’t know how long Sean will be staying. 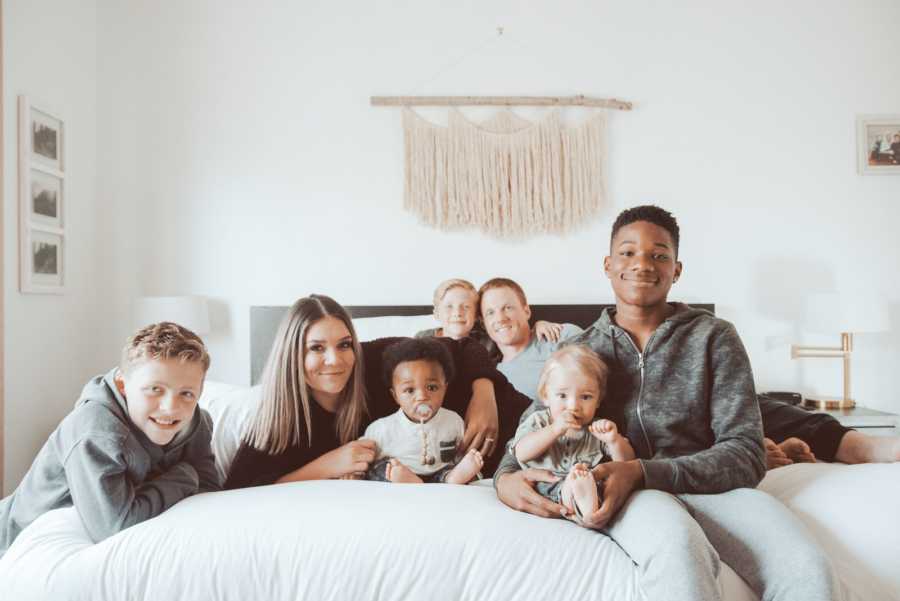 Blood isn’t required to form a family. It comes in a variety of shapes and sizes. All that matters is love. We’ve arrived. A [seven-member] contemporary family. We are deeply in love with one other. And they have a lot of fun together. It isn’t always simple. There have been several highs and lows, as well as everything in between. But we wouldn’t have it any other way. 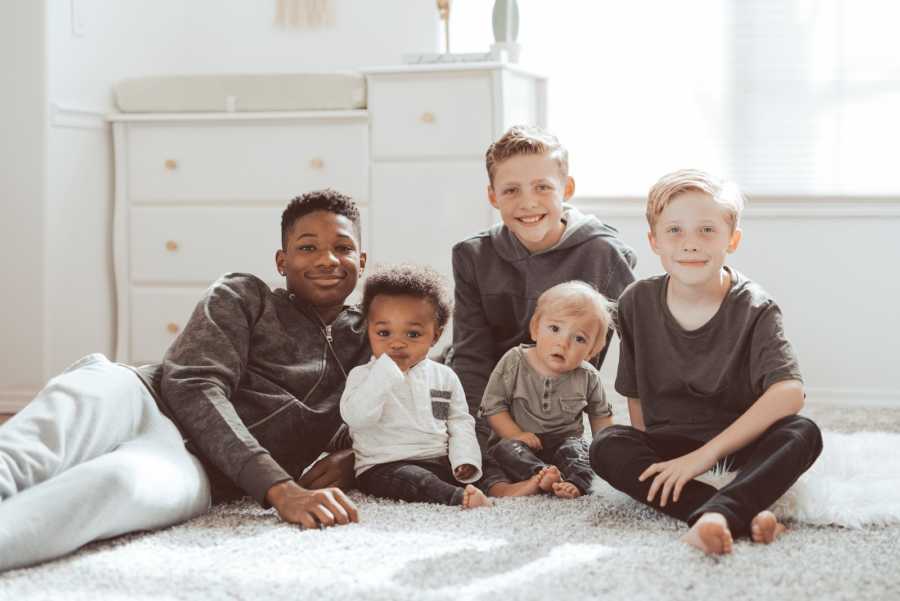