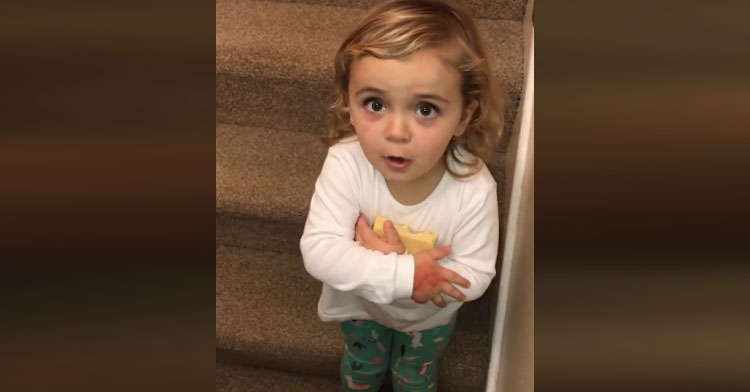 Items at a couple’s home in a southern England town mysteriously vanished recently, leaving them perplexed. Every day, ne’er-do-wells break into people’s homes… Who, on the other hand, exclusively steals from the refrigerator?

Alicia Lily Annable, on the other hand, broke the case earlier this month when she caught the robbers in the act. Harriet, her 2-year-old daughter, was the mastermind behind the whole thing, and she’d enlisted the help of her brother, Hugo. 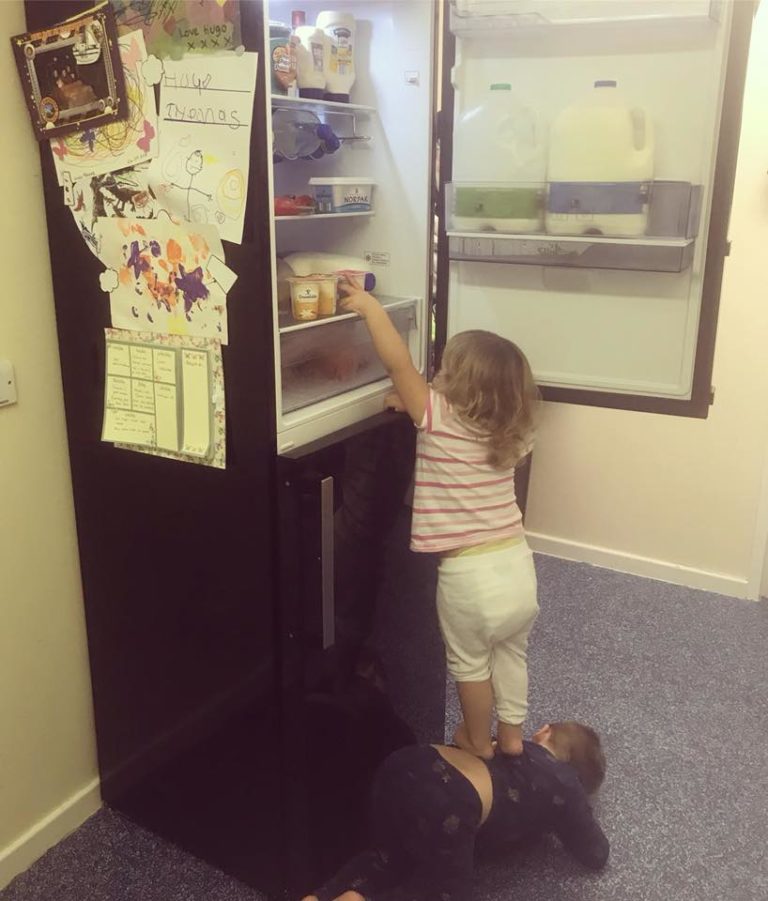 But Harriet isn’t one to take “no” for an answer. Even getting caught in the act isn’t enough to stop her.

This latest incident occurred last weekend when Alicia found the refrigerator door wide open and chased the young thief to the bottom of the stairs. Harriet was cornered. There was nowhere to run, nowhere to hide.

“Is my fridge open?” Mom asks. 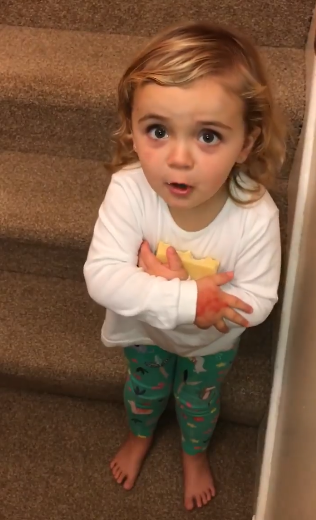 So, what exactly do we have here? It appears to be a large block of white cheddar cheese.

Then she takes a risky step: she sits down on the stair and begins to eat! Harriet, what are you thinking?! She first leaves the fridge door wide open, then attempts to delete the evidence in front of her accuser! 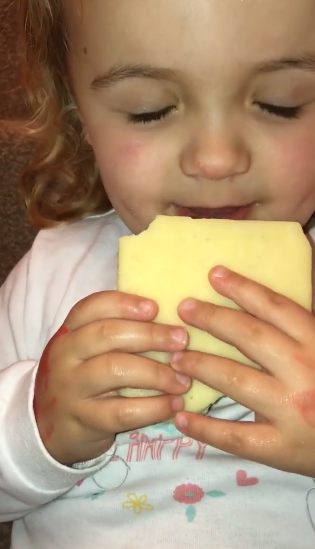 “All right, give it to Mummy!” Alicia says sternly.

Now that’s ridiculous. By now, Harriet figures she’s already in trouble anyway, Mom may as well just let her have the cheese before doling out the punishment. So she tightens her grip and refuses to let go. 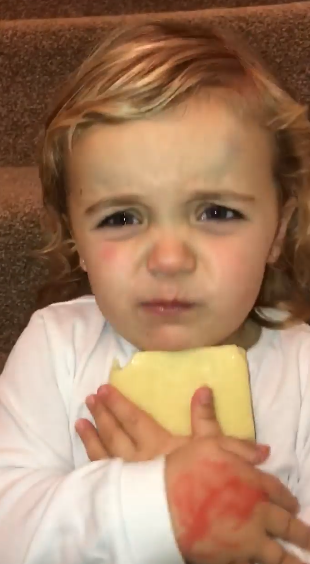 This was probably an untouched block of cheese when Harriet first got to it, but it’s hard work when you’re on the run. She must’ve stopped to eat, you know, fuel for the road kind of thing. Mom forces Harriet to tilt it toward the camera and you can almost see her mouth drop open. 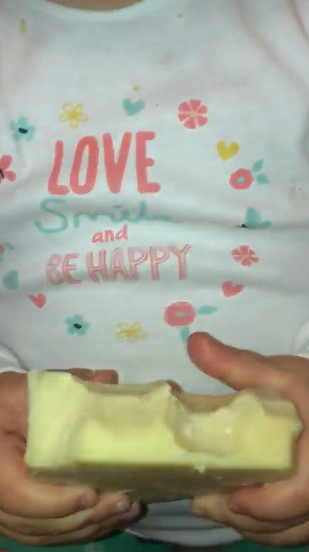 If getting caught in the act first, then leaving evidence at the scene of the crime, then getting caught trying to destroy the evidence, aren’t enough to stop this adorable little thief, we’re not sure what will.