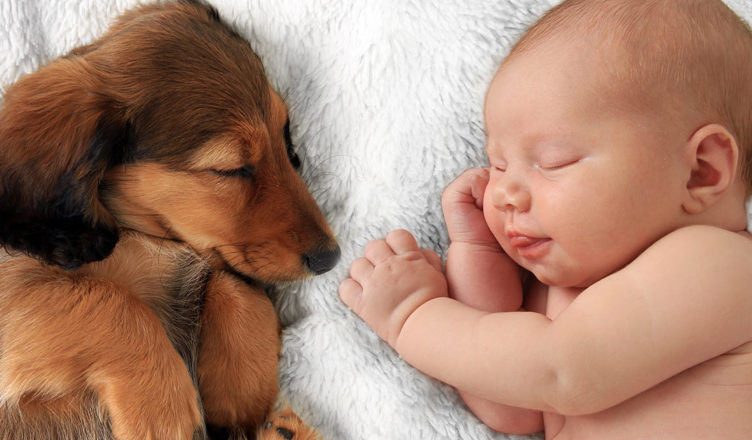 For a newborn baby, a mother’s embrace is crucial. What happens, though, if a kid is abandoned right after birth? As heinous as it may sound, such situations are far from uncommon around the world. This is not, however, a tragic narrative. This is a happy story about a newborn infant getting the cuddling it needed to survive, but not from the species one might anticipate. 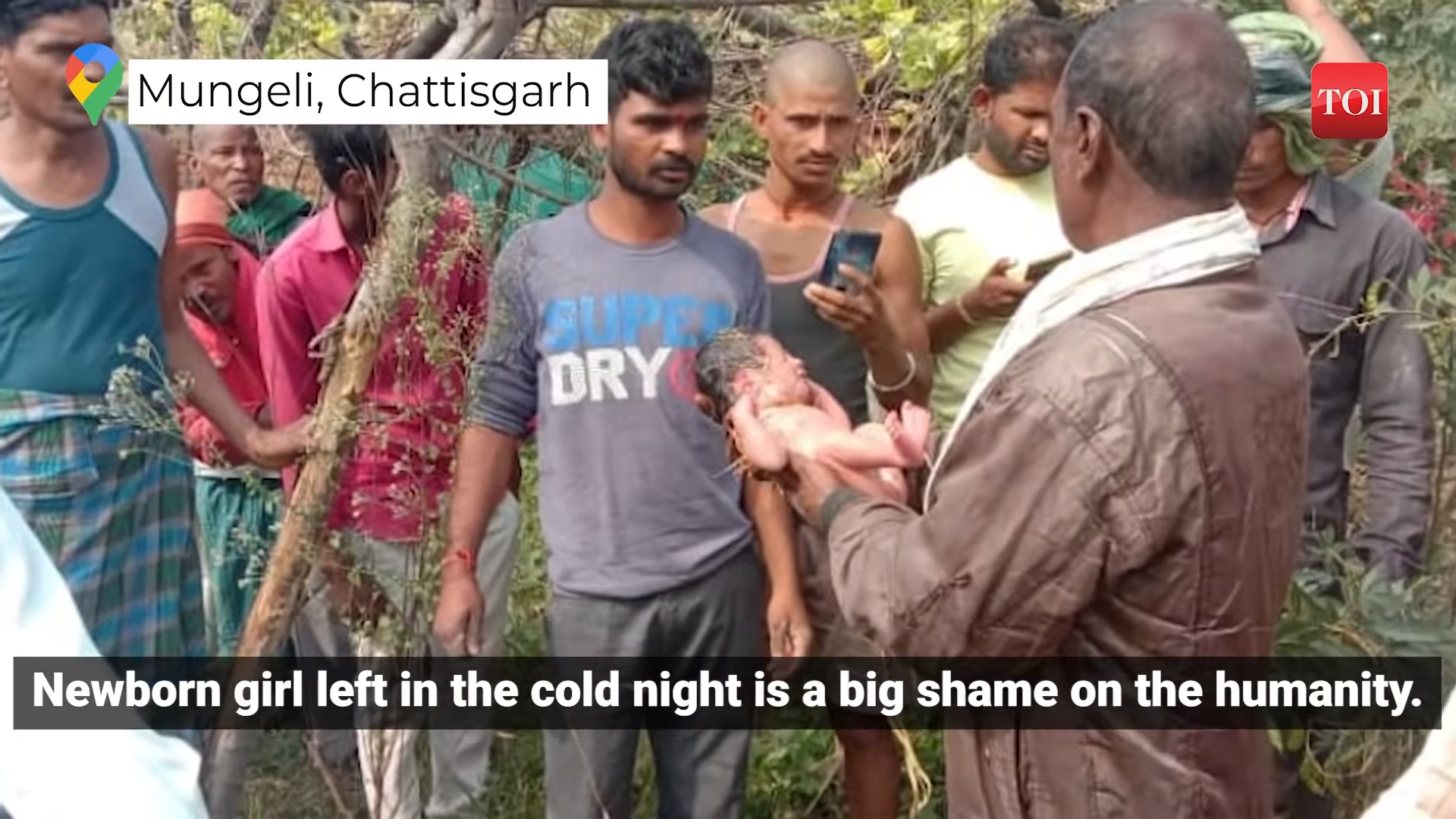 The Cuddle That Saved My Life
According to News.com.au, a newborn baby was discovered abandoned in the midst of a field in India. The incident occurred in the Indian state of Chhattisgarh. When the local villagers in Lormi city’s Saristal hamlet were ‘going out for their daily duties,’ they were surprised. A baby was sobbing, and they could hear it.

They set out to find the source right away. They came to an infant that was screaming its eyes out. The baby was fully clothed. According to the story, she still had the umbilical cord tied to her.

The villagers assumed the baby had been left out in the open for at least the entire night. So, how did it manage to stay alive? During such time, the nights can be quite frigid. There were also wild animals nearby, which would be easy prey for the youngster. 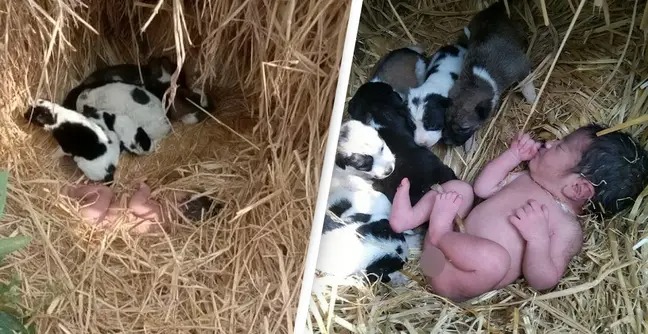 Right beside the baby, they also saw a mother dog along with its litter. The dog and the baby were cuddled together. The locals believe that baby still lived to see the light of day because of this.

According to Unilad, one of the villagers explained.

“It’s possibly the warmth from puppies and their mother itself who had kept this newborn alive. Usually, the temperature dips at night and it’s already December. I must say, it’s her sheer luck.”

Are Animals More Caring Than Humans?
Strong ties between babies and dogs are not uncommon. However, this is more common between pets and their owners’ children. Dogs build close relationships “with their human group,” according to Shelby Semel, an animal trainer. As a result, they frequently regard a newborn as the newest addition to their family of animals.

She goes on to say that dogs closely follow the pack’s hierarchy. As a result, the dogs naturally watch after the weaker members, who are generally the children. A baby perfectly fits into that group, triggering their protective instincts. 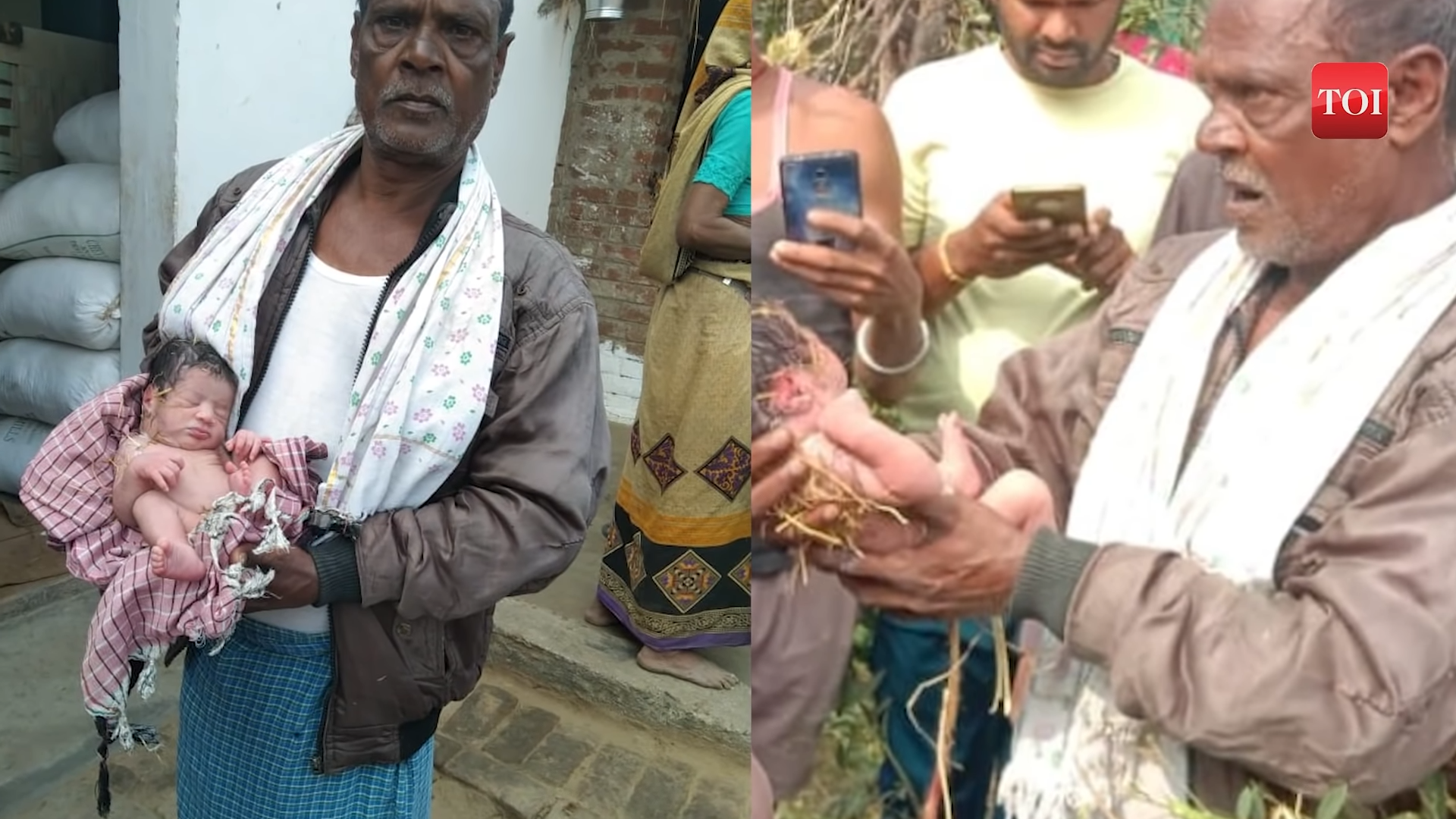 As for the baby being cuddled by the dog, her name is Akanksha. The locals immediately reported the incident to the local health department, who then took the baby to the nearest hospital. Childline Project, an Indian NGO that looks after such children, took responsibility for her, later on.

The police, meanwhile, are searching for the baby’s parents. Apparently, they had abandoned her because she was a girl. Premnath, a local, reportedly called her parents criminals for being able to do this[4].

It really was a cruel act, and it pains us to know that such incidents still occur in today’s world. However, at least for this story, there is a silver lining: the cuddle of the dog that saved the child. The sense of motherhood seemingly does not care for the boundaries of species.