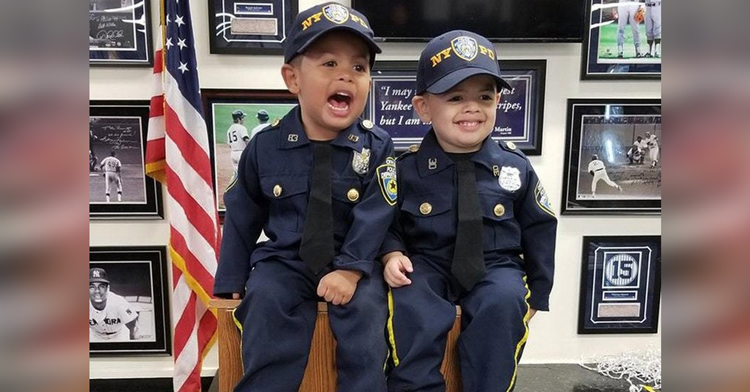 It’s never too early to start thinking about what you want to do when you grow up.

Evan and Aaron Rolon, twin boys, are only four years old, but their professional path has already been paved with blue. Both boys are enamored with cops, and after a run-in with one of New York City’s finest a year ago, they’re now resolved to battle crime as mini-cops as soon as they can! 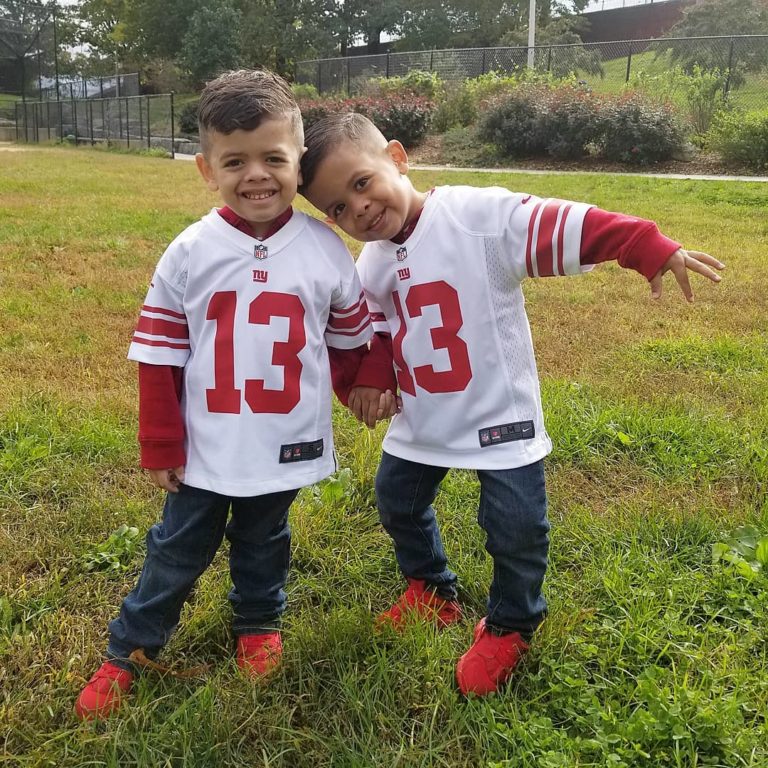 Kelly and Alejandro gifted Evan and Aaron a little electric car when they were three years old. They took the car to the streets of New York City, not far from their Bronx home, and let the boys play with it. When an NYPD cruiser approached them and issued them with a “ticket,” their parents recorded the incident and posted it on Instagram, where it quickly went viral. 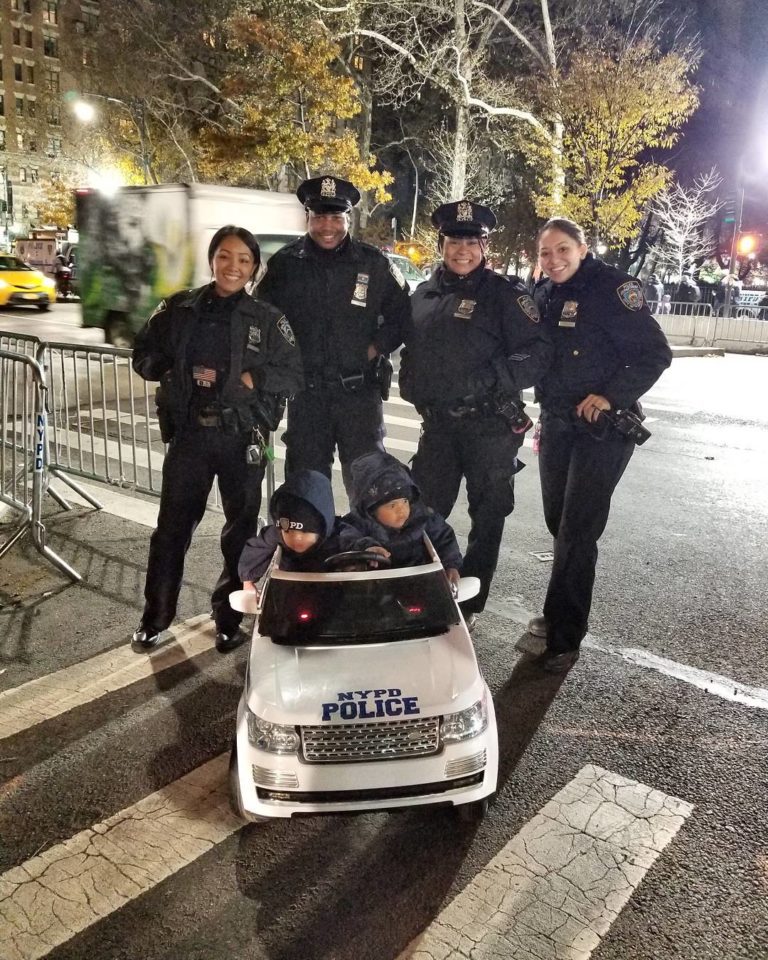 “A real police car pulled next to us and as a joke, they gave the boys a ticket,” explained Alejandro Rolon. 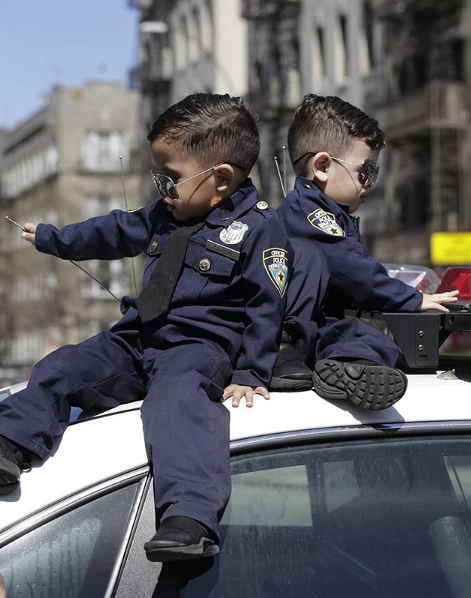 The boys were so thrilled by the experience that they became just a teensy bit obsessed with cops, so their parents immediately fostered that interest. “I had another toy car transformed into a mini NYPD cruiser and I dressed the boys as police to complement the officers,” said Alejandro. 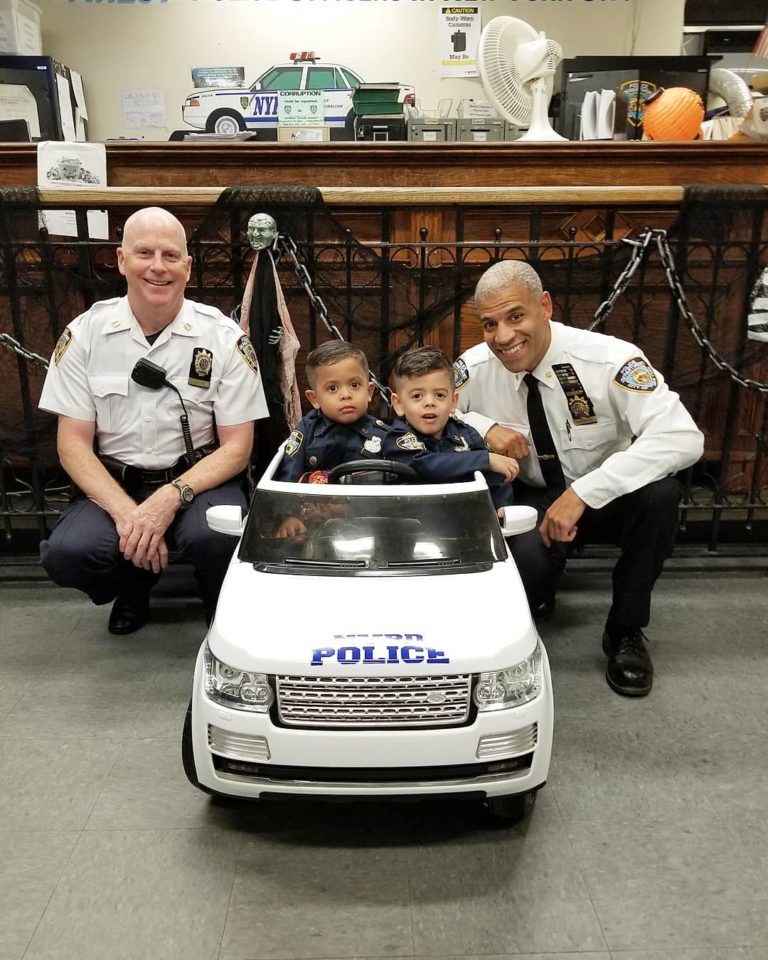 The boys are now regular visitors to the police station everywhere they go, and they’ve earned the title of honorary mini-cops among NYPD personnel. 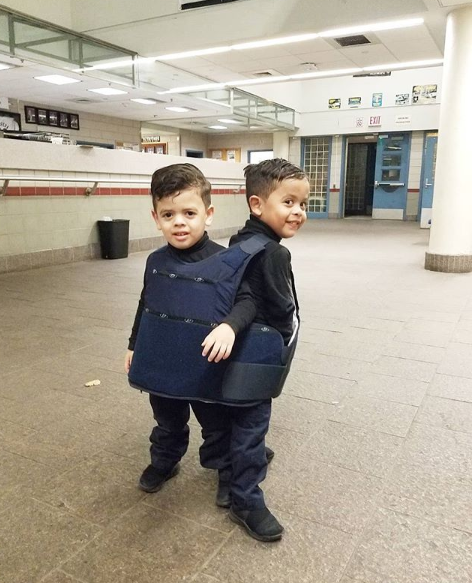 The boys frequently dress up in their police uniforms and take their mini squad cars out in the city, and wherever they go they’re greeted by adoring fans. 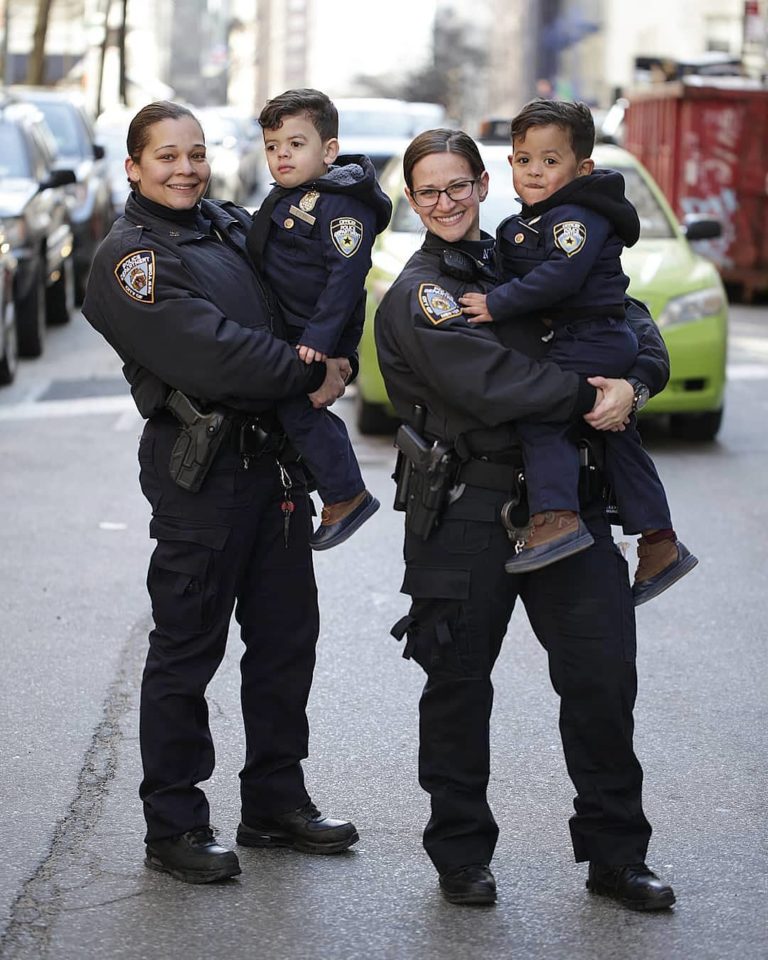 “I took the boys to Times Square in their new ride and it went viral again,” Kelly gushed. “The boys are aware of their fans. They are loved all over. The 34th Precinct, by our house regularly stops by the playground to hang out with the boys.” 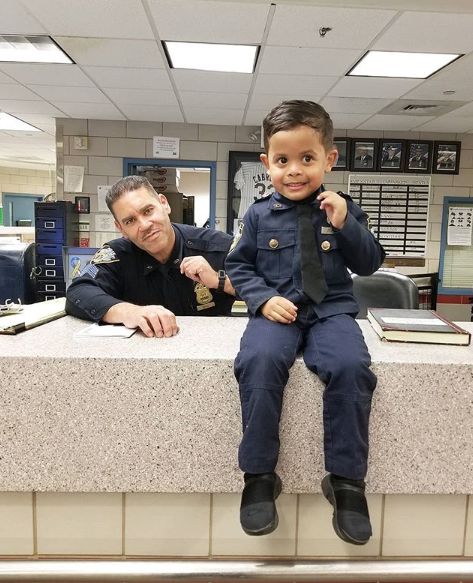 Evan and Aaron have even marched in parades alongside their heroes in blue, and on their 4th birthday, they were surprised by a surprise visit from many cops who couldn’t wait to help them celebrate their special day.

“What better way to commemorate their uniformed buddies than with their uninformed friends?” Alejandro stated. 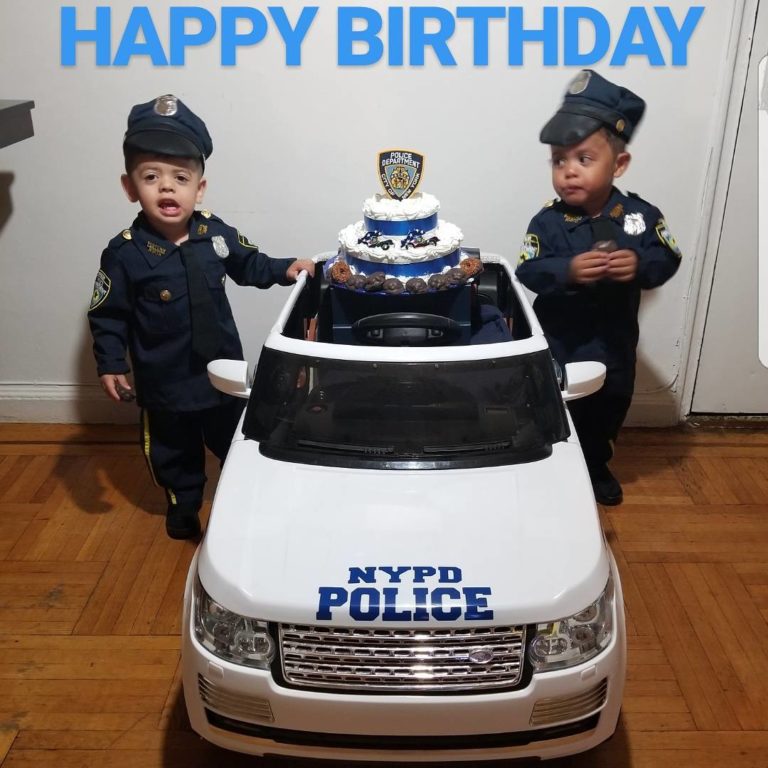 “We cut the cake during shift change, morning crew just finished and the afternoon team was getting ready to head out. Everybody sang and laughed, we all ate, and then it’s off to work.” 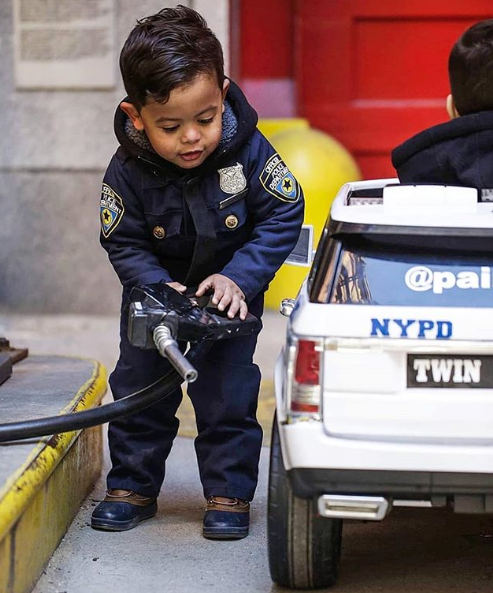 It’s not easy protecting the Big Apple! (Especially when you’re only four.)

It’s so wonderful when children have heroes to look up to, and it’s even nicer when those heroes take the time to encourage this respect in children. We can’t wait to see if the Rolon brothers do end up in the police force someday! 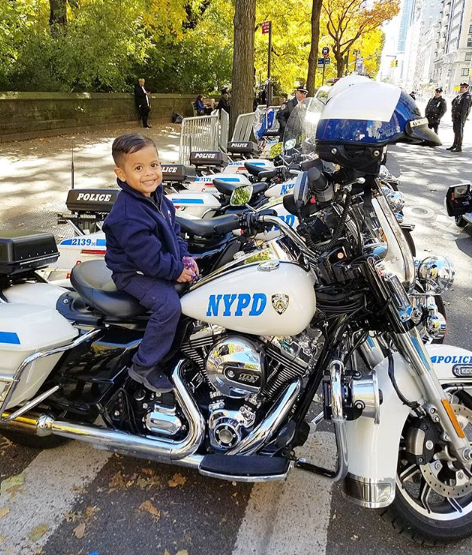