Emma Krall is only two years old, but she’s already shown herself as a fighter.

The 21-month-old from Seattle, Washington, was born prematurely and has battled for her entire life. She was born with skeletal dysplasia and scoliosis and spent the first eight months of her life in the hospital. 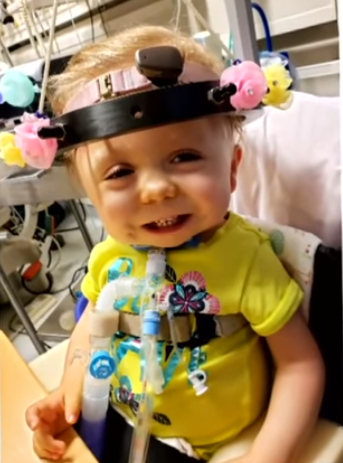 Recently, she went back for another six-week stay to undergo major spinal surgery at Seattle Children’s Hospital and has to wear a medical device around her head to keep her spine straight.

“She was becoming super close to becoming paralyzed,” her mom, Rachael, said. 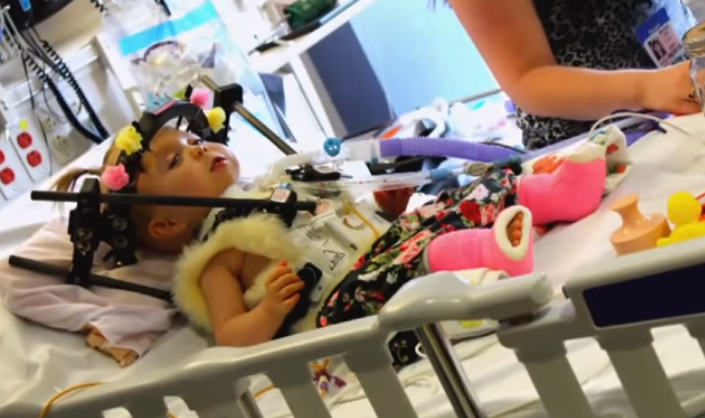 Despite everything Emma has been through (and will continue to go through), at the end of the day, she’s just a regular kid who enjoys many of the same things that other little girls her age do, particularly princesses. So, just before Emma and her mother were to be released, the doctors and nurses surprised them with the finest farewell party Emma could imagine. 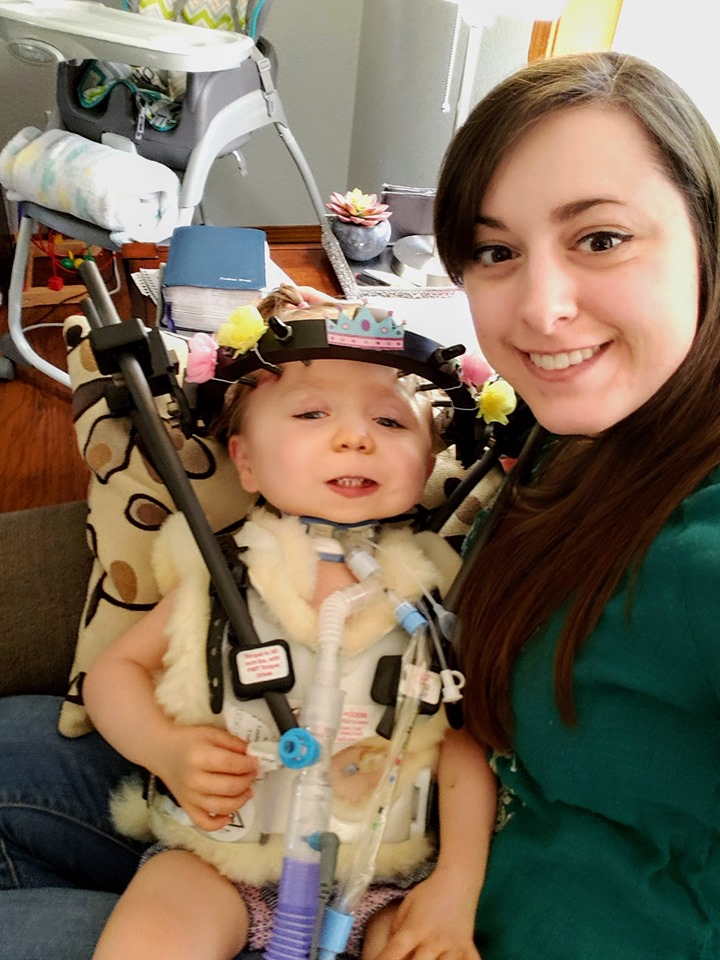 Doctors and nurses alike wore tiaras that matched Emma’s gadget tiara. Such a unique occasion necessitated equally unique accouterments. Dr. Klane White, Emma’s orthopedic surgeon, remarked, “We don’t put on a tiara just for everyone.” “Emma is unique in that regard.”

The toddler’s favorite part had to be when Rapunzel herself (volunteer Chael Stenchever) arrived! 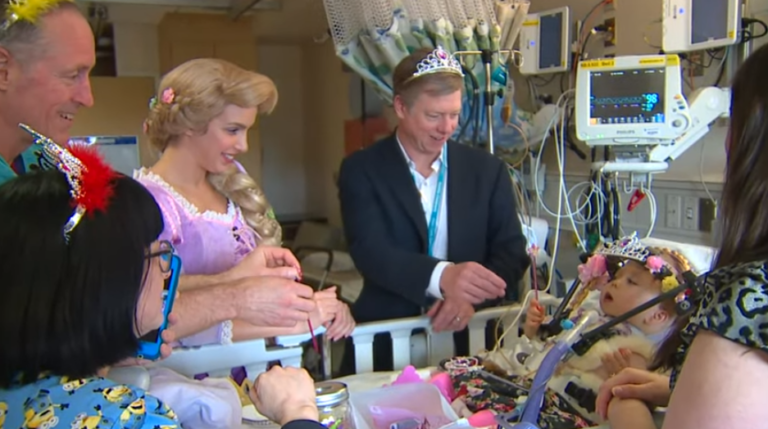 Emma is non-verbal, but the delight on her face spoke for her perfectly. “She was pretty excited,” Rachael confirmed. “I could see it in her face.” 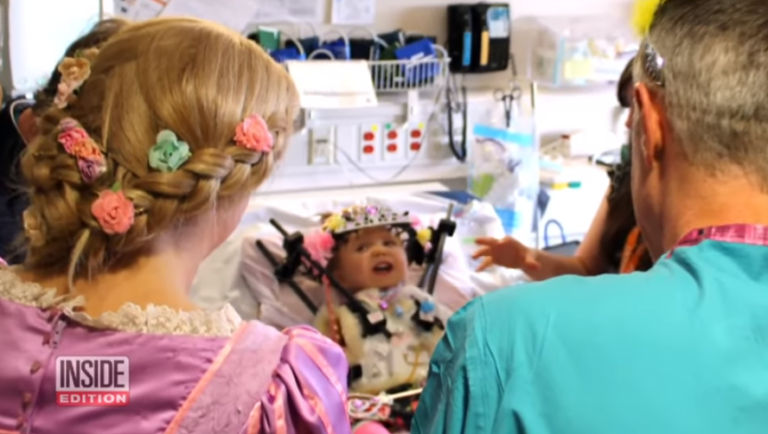 The little girl was in heaven gazing at one of her favorite Disney princesses, listening to stories of Rapunzel’s adventures, and playing games with the long-haired maiden. If she could talk, she’d tell everyone this was the best surprise ever, though hospital staff feels they’re the lucky ones to be able to brighten her day.

“There’s just something about her that draws you in and tugs at your heart,” nurse practitioner Brenda Eng said. “And you just want to be kind to her.” 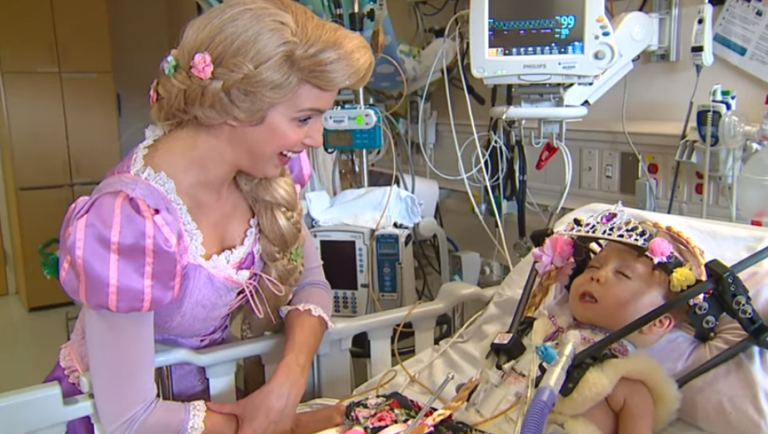 After that unforgettable party, Emma is happy to finally be back at home with her parents — though we’re sure she’ll miss her sweet friends at the hospital.

Working in the medical profession goes so much further than providing care to patients. It’s about helping people through the toughest times of their lives, and giving them a reason to smile. Emma’s medical team went above and beyond to do both.