When family pets are part of a pack, they are always the happiest!

Alexandria Smith of Walker, Michigan, has noticed that her puppy Boston is always with her child Braxton since they are best buddies! She felt she had to share their love with the world after witnessing an amazing interaction between them recently. 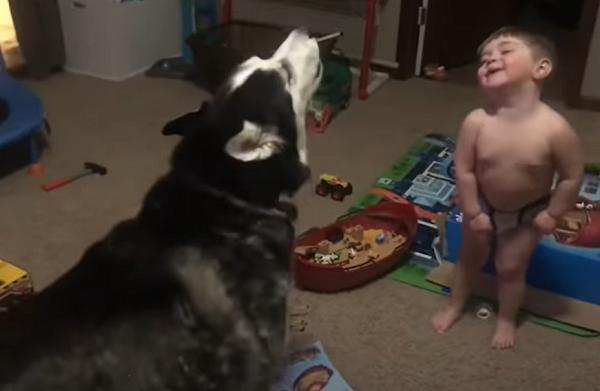 In a video, we see 2-year-old Braxton standing in the family living room with his canine pal, a fully grown husky who is just plain gorgeous! As Alexandria giggles behind the camera, Braxton starts howling at his friend. “Awoooo!” he calls out cheerfully. Of course, Boston is quick to reply with his own doggy, “Arooo!”

This is so funny to the tiny toddler that he doubles over in laughter. He laughs so hard that he falls over backward at one point, but it doesn’t seem to bother him in the least. He barely stops before stumbling back to his feet and exclaiming, “Awoooo!” again. 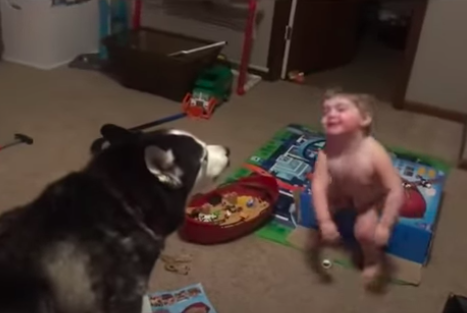 It’s a hard competition to win, but possibly the cutest part about this video is Braxton’s belly laugh! There’s something so sweet and wholesome about a baby’s giggle.

Obviously, the world agrees because Alexandria’s video quickly went viral. No one can get enough of these two and their hilarious antics! 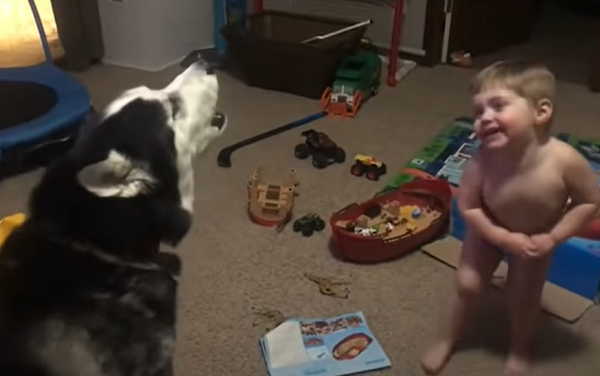 If you’re feeling down, this may be just what the doctor ordered! It’s hard to be sad when you see these buddies together. We hope Alexandria shares more clips of her delightful family pack soon.

Check out Braxton and Boston’s priceless “conversation” in the video below, and be sure to share this story with anyone who needs encouragement today.