Whenever we begin to doubt the existence of miracles, a story like this one changes our minds.

When mom Araceli Nunez arrived home from selling food and beverages on the side of the road in Plantersville, Texas, it was a typical Wednesday afternoon. Christopher Ramirez, her 3-year-old son, followed a neighbor’s dog into the woods while she was distracted. 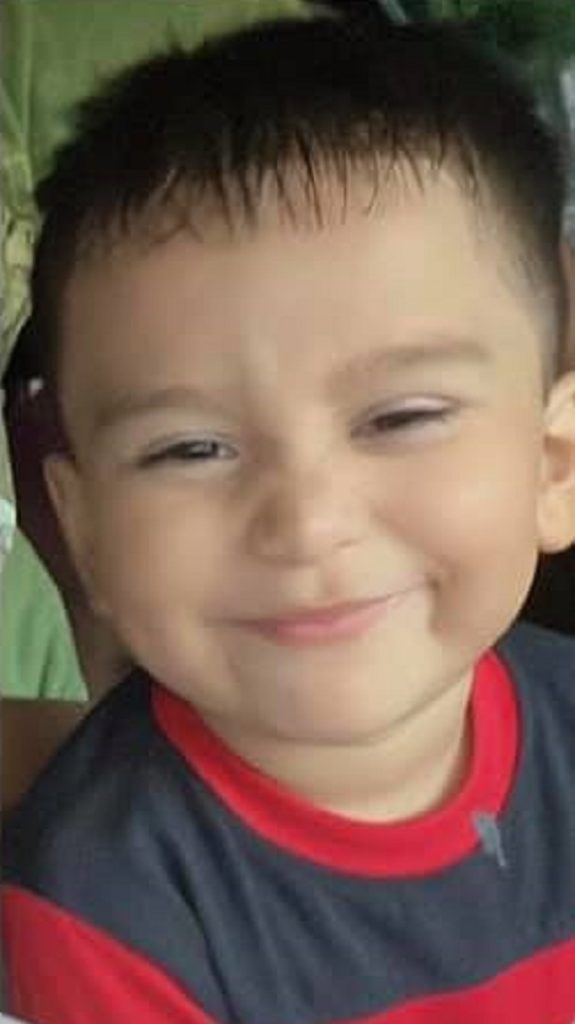 When the family was unable to locate Christopher, they asked for assistance, and within a few hours, 48 different agencies had arrived to search the area surrounding their home. As many hoped for Christopher’s safe return, the entire community mobilized to assist in his search.

“We were just running on prayers, four-wheel drive, and overdrive, to be honest with you, because we had nothing else,” Grimes County Sheriff Don Sowell said in a statement.

After days with no sign of the toddler, rescuers feared the worst, but Araceli never stopped hoping and praying for her son’s safe return. At long last, after four long days and nights, the sheriff received a phone call from a Good Samaritan named Tim Halfin.

Tim explained that he had just finished up a Bible study Friday night when he felt called to look for the child near his home. The next morning, he went out into the woods, and there was Christopher! 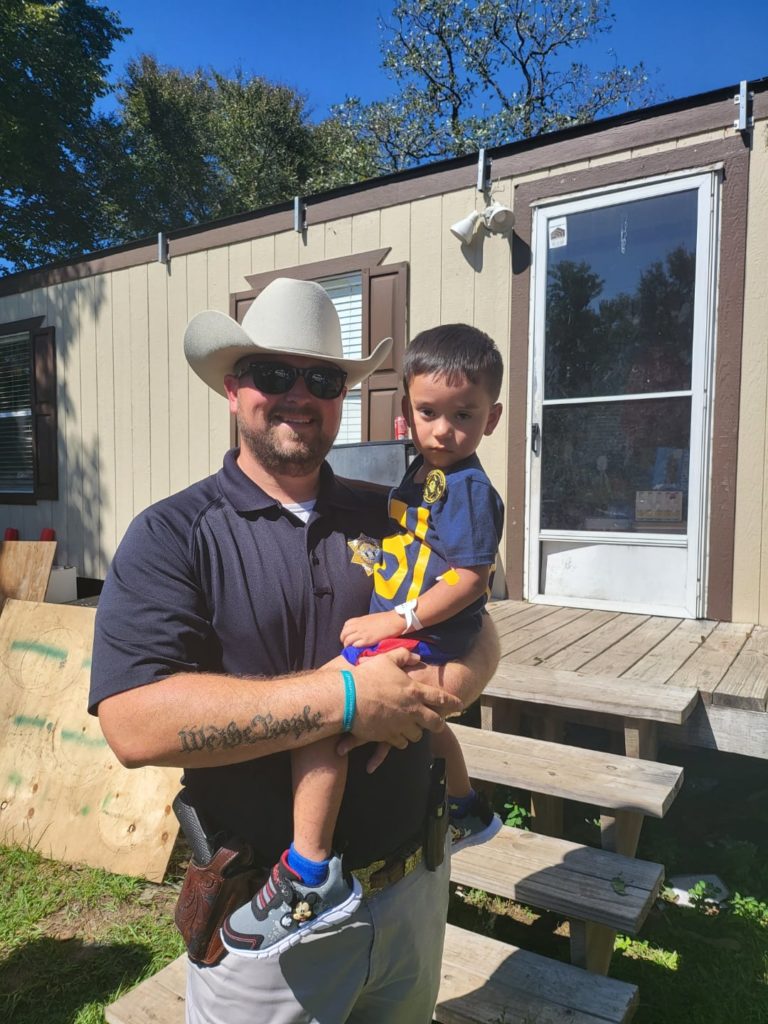 The toddler was perfectly unhurt, except being dehydrated and hungry. He was discovered outside the range where officials were hunting for him, therefore Tim’s discovery is remarkable.

“I’m not sure what to think of it.” All I know is that he was discovered safe. He was still talking when I picked him up. “He wasn’t trembling or nervous,” Tim explained.

Christopher’s family raced to Tim’s residence right away. Araceli couldn’t wait to encircle her baby in her arms and give him a big hug! 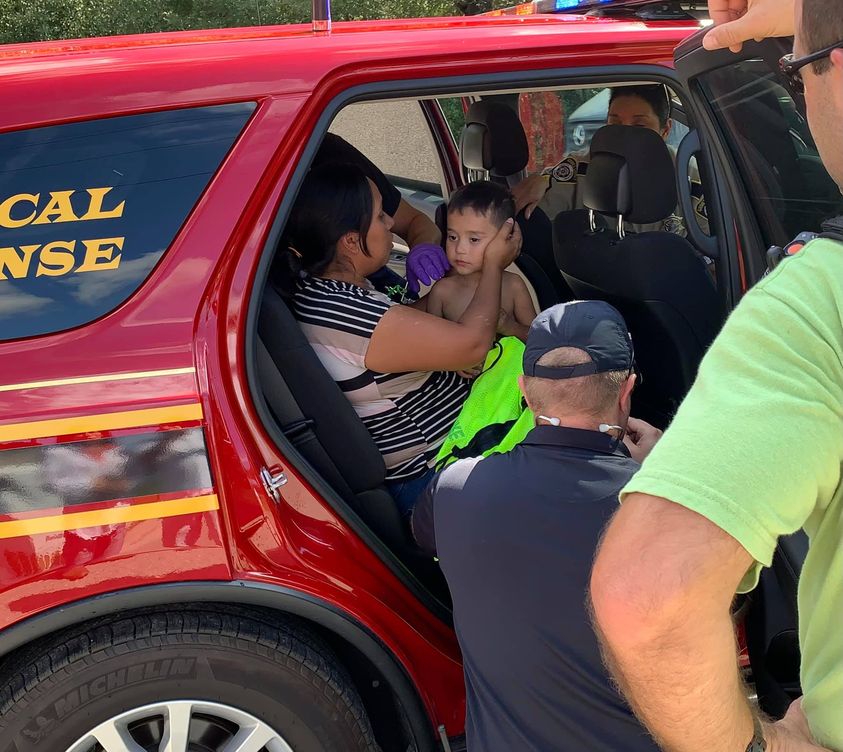 “I am very happy to have my son in my arms, and I want to thank all of you for your dedication,” she said. “Thank you to all the volunteers. I don’t know how to repay you, but God will return the favor.”

“This is definitely a miracle,” she continued. “I know I’m a good mom, and this happened in a matter of two minutes. This can happen to anybody.”

Araceli isn’t the only one who thinks her son’s safe return is miraculous. Even law enforcement officials are convinced that the child had a “guardian angel” watching over him during his time in the woods. 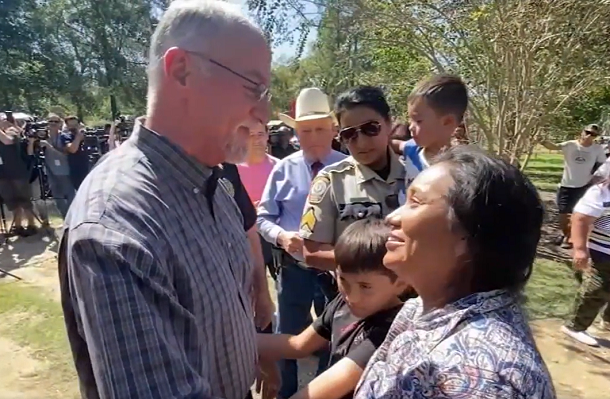 “I think we have to praise our Lord because my faith kept me committed,” Grimes County Lieutenant James Ellis said. “We had faith that we were going to find this child.”

Constable Blake Jarvis added, “If you don’t believe in a miracle, or believe in God, this is the prime example that miracles do exist.”

Christopher spent two days recovering at Texas Children’s Hospital in The Woodlands and at the Medical Center in Houston before getting a police escort back home. 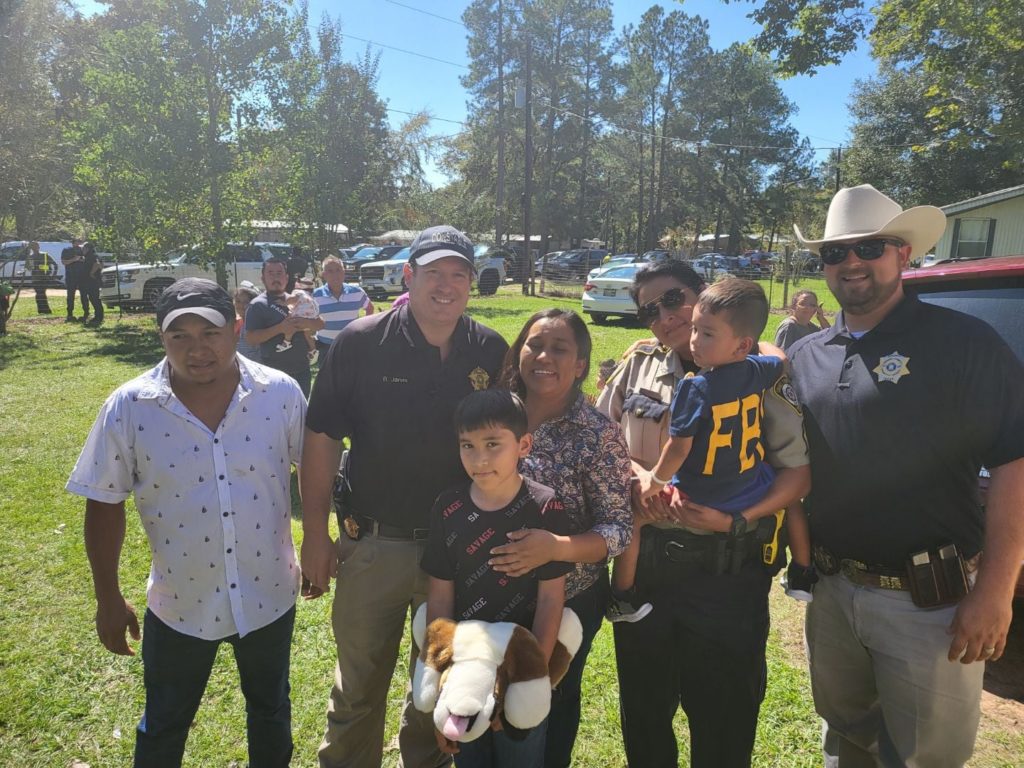 How incredible is this rescue? Perhaps it was the power of prayer that brought this toddler back home safe and sound, or maybe it was just incredibly good fortune. Either way, we’re so glad Christopher is safe!