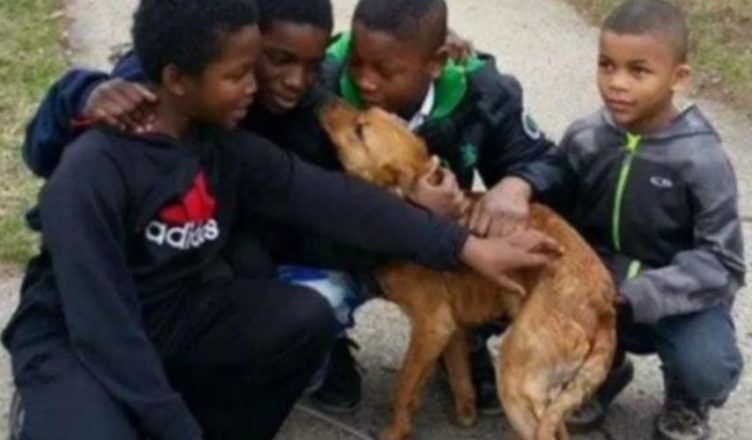 This is a story of youngsters who have had a lifelong passion for animals, and their parents have every right to be proud of them.

It was an average day for the four lads, and they had gone to the nearby neighborhood to assist their aunt with some moving duties when they heard a noise in an empty house. 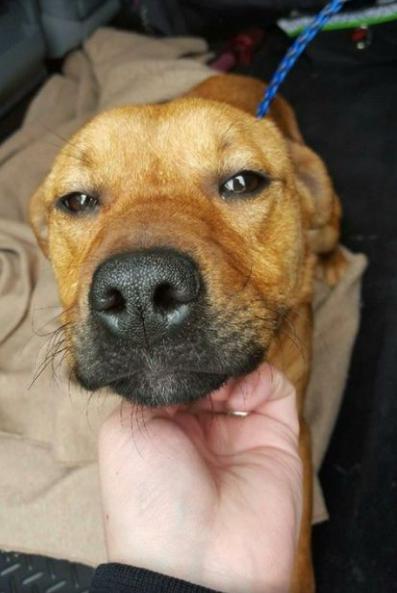 They followed the sound and were surprised to discover a malnourished and frail dog inside with sorrowful eyes.

She was not only abandoned but she was also bound by a rope.

The lads started untying the sad animal right away. 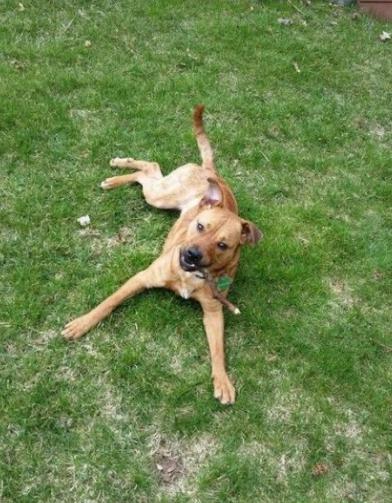 One of them took him home, where he was fed, washed, and given the nickname Sparkle.

The oldest of the boys was 13 years old, and the youngest was 7.

They played with the dog and took care of him until the rescuers arrived. 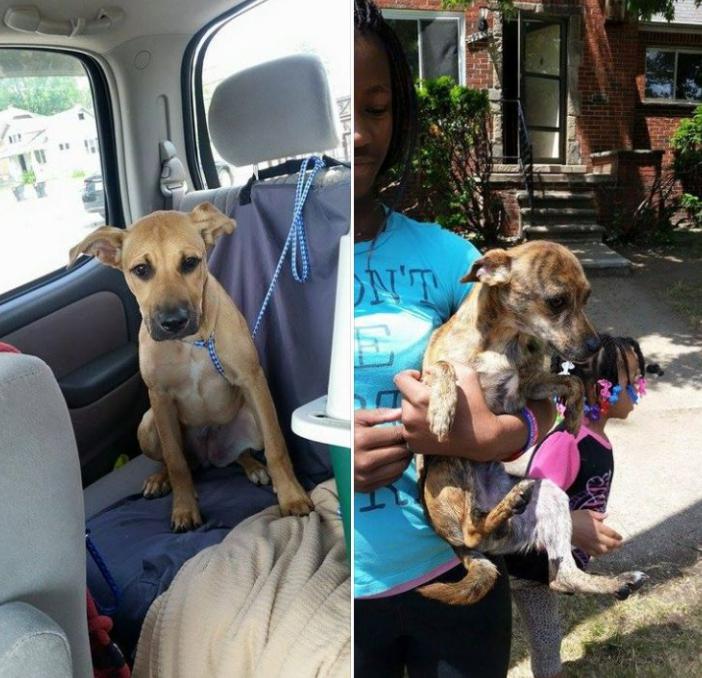 And with their arrival, they were in no hurry to immediately give the dog away but began to ask if everything would be all right with him.

The volunteers from this organization were so delighted with the behavior of the boys that they even made a report about them and each of them gave an interview. 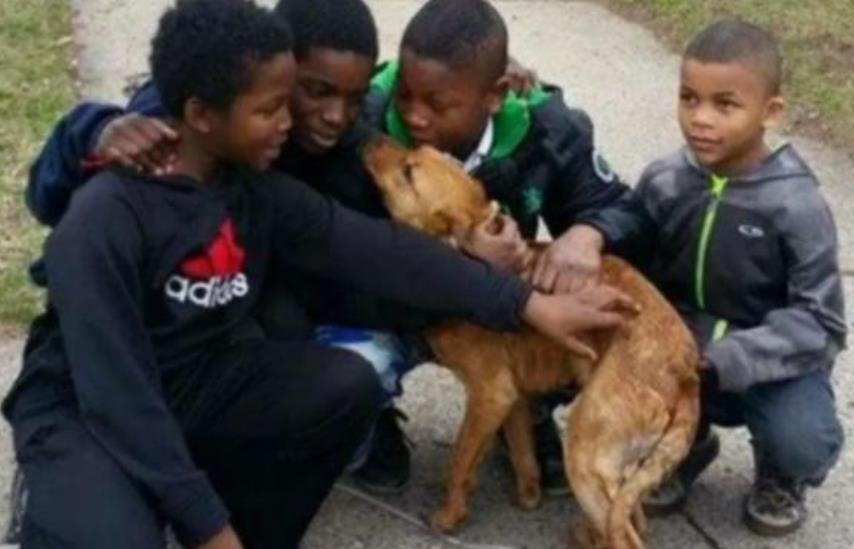 At parting, each of them hugged and kissed the dog and they were sorry to give it away.

And in the shelter, this wonderful animal lived just a bit and soon found a permanent loving family.