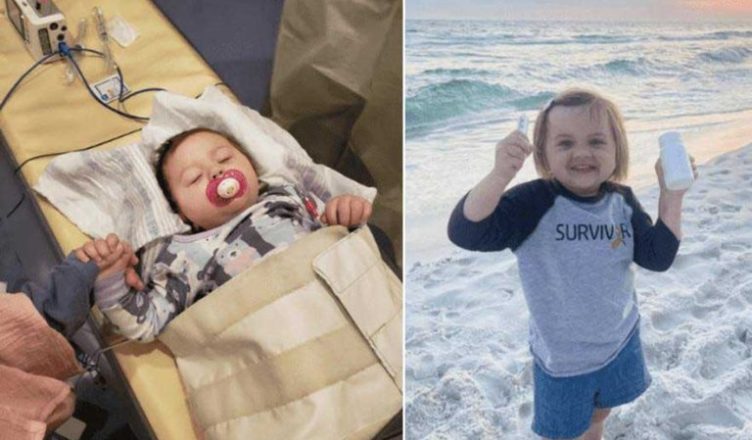 Molly Hughes, who is only 21 months old, is overjoyed after beating stage 4 cancer. She had a rocky start in life because she was diagnosed with neuroblastoma shortly after birth. 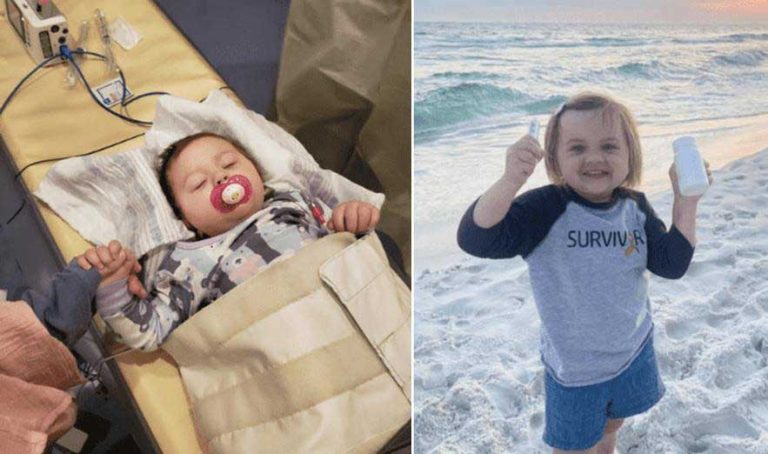 Neuroblastoma is cancer that develops from immature nerve cells found in numerous areas of the body. Neuroblastoma usually affects children age 5 or younger, though it may seldom occur in older children.

Molly, from Bowling Green, Kentucky has been in hospice more than she has ever been at her own home.

When she was just over four months old, doctors discovered she had a rare type of cancer. Molly’s disease, unfortunately, progressed quickly to stage 4, necessitating multiple rounds of chemotherapy and radiation therapy.

Molly was sent to the hospital after learning of her diagnosis, where she had cancer treatment for the next fifteen months. Molly, according to her mother Chelsea Hughes, would simply bounce back after each treatment. Chelsea stated that she would knock her out for a few days and then return to play. 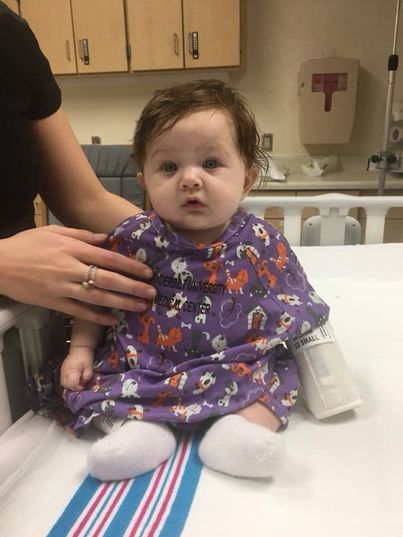 Molly’s family and friends created the hashtag ‘#MollyStrong’ to support her in her fight against this terrible cancer.

Molly miraculously overcame stage 4 cancer after months of treatment. Her cancer-free status was confirmed by the specialists, and the family was overjoyed. Molly’s mother stated that her family’s prayers, as well as those of everyone on social media, were vital in the child’s recovery from this life-threatening illness.

According to statistics, this type of cancer has a very high fatality rate. Children with high-risk neuroblastoma have a 5-year survival rate of roughly 50%. This type of cancer is characterized by abdominal aches and pain, constipation, weakness, irritability, fevers, and anemia or bruising due to low blood counts.

“Every time I felt we’d lost hope or strength,” she wrote, “I would remember what God told me on that first night.” He gave us the strength to battle with our beautiful child.”

“Molly is a feisty, sassy, strong girl & such an example to us all,” she said, complimenting her child’s tenacity. “Our girl is a warrior to the core!”