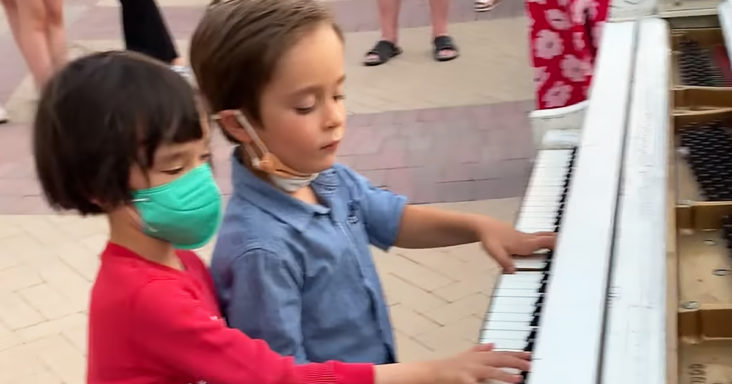 Performing in front of an audience takes a lot of guts. When these two six-year-olds chose to play the piano together, they had no reservations about sharing their musical talents with the rest of the world. 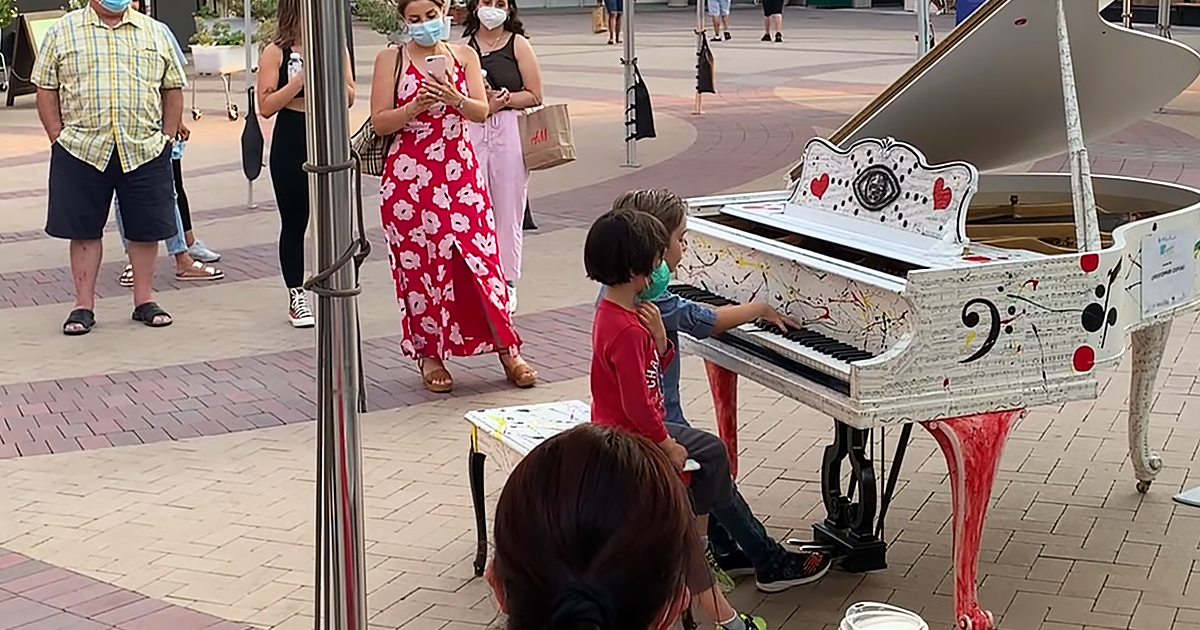 Paul Petrescu, six, chose to sit down at one of the outdoor pianos in the public shopping area of Broadway Plaza in San Francisco’s Bay Area and express his enthusiasm.

He chose to perform a piece by Yann Tiersen that was featured in the film “Amelie.” A friend joins Paul at the keyboard, and the two of them draw quite a crowd. 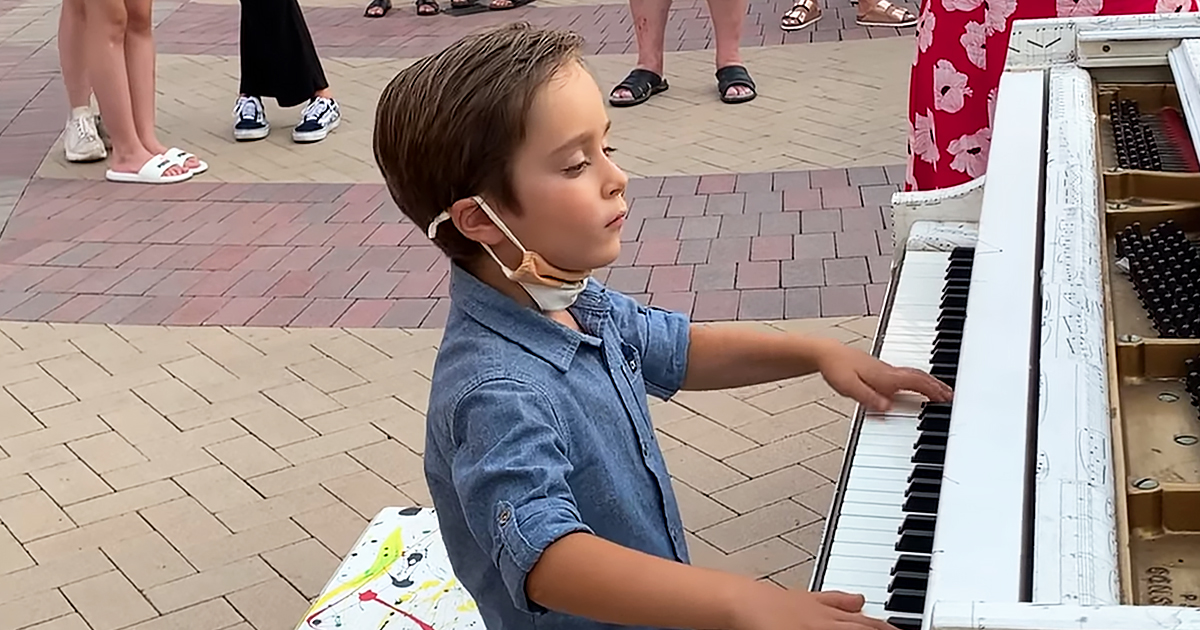 You can notice how focused and at ease these two are when playing the piano. Paul had only been learning the piano for a little over two years when he fell in love with it.

His undeniable talent and passion for music will undoubtedly propel him forward. Shoppers flocked around the two toddlers as they presented the magnificent composition, which evoked awe and wonder. 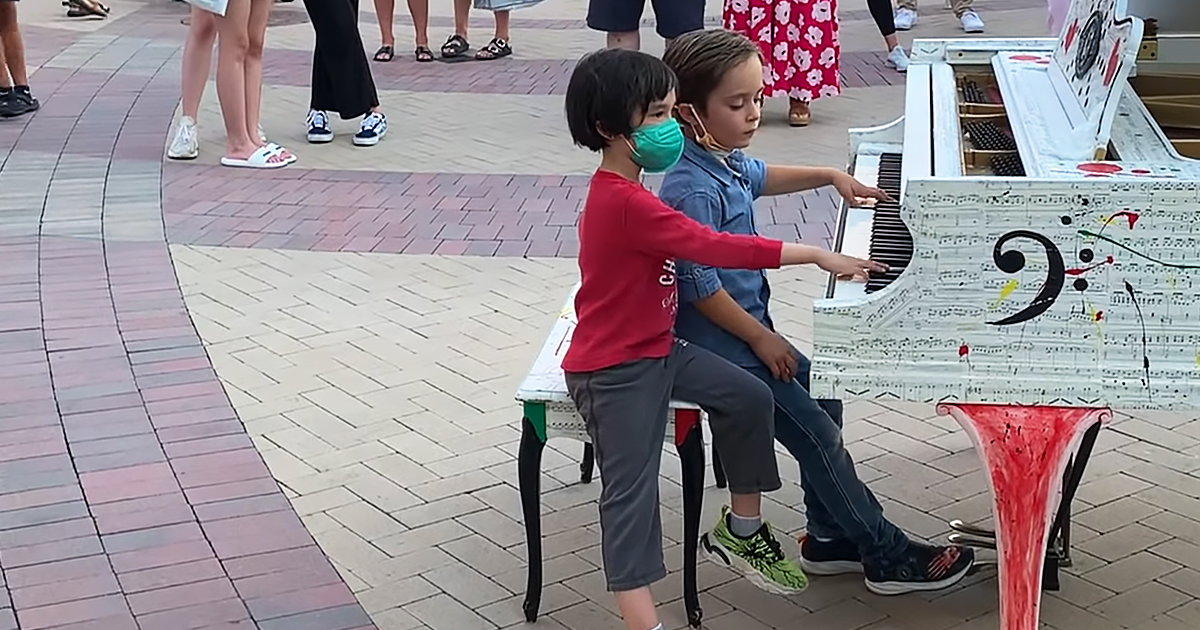 Watching their little fingers dance over the keys is incredible to behold. Every person in that crowd had their phones out to record and share this stunning performance with their friends.

At the end of the piece, the audience claps and cheers loudly for the two little performers. The kids are shocked to find that they had attracted such a big crowd.