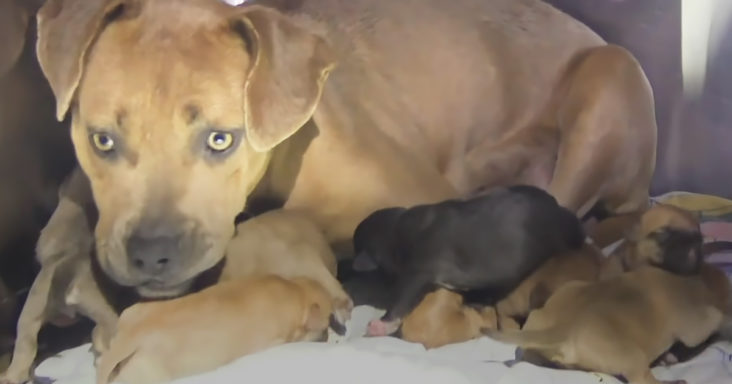 Eldad, a rescuer from “Hope for Paws” in Los Angeles, recently learned about a homeless dog that had just given birth to puppies amid one of the greatest storms in the city’s history. It was a bizarre circumstance because it was pouring outside. 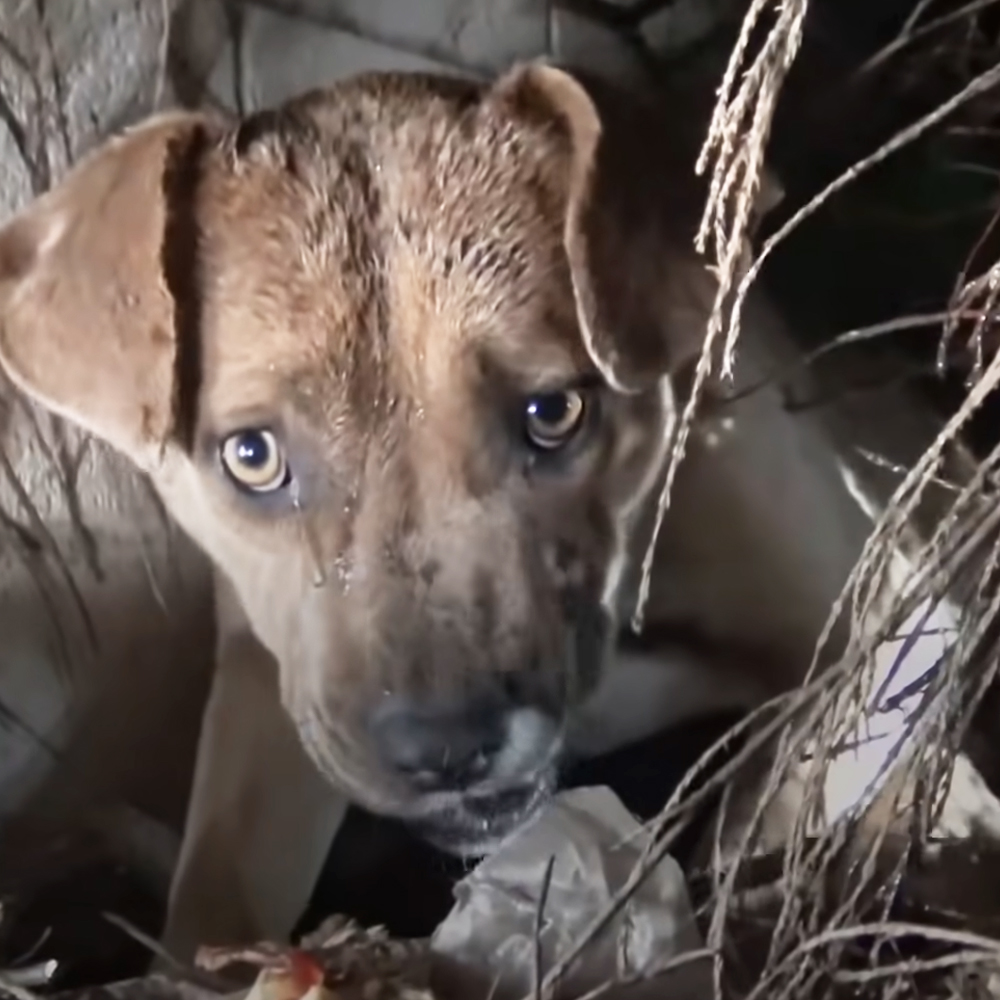 Finding the dog during the heavy rain was a huge challenge, but these rescuers did a fabulous job. First, they found the innocent mama dog hidden under deep bushes to protect her puppies and herself from the terrible storm.

When the rescuers found the mama dog, they wanted to assure her of their friendly intentions and offered her some snacks to eat. But unfortunately, the poor animal was starving and instantly ate the food. 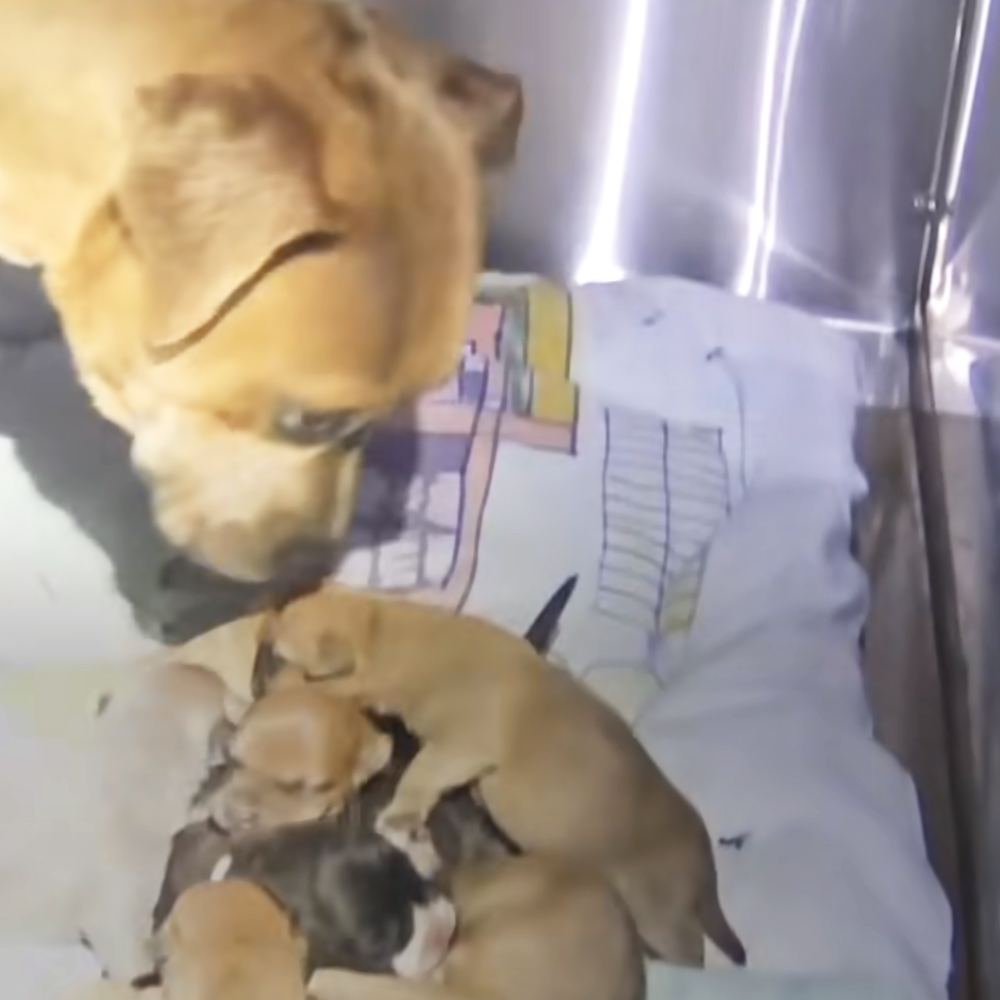 To get the dog out of the bushes where she gave birth, the rescuers tied her to a leash. Eldad picked up the puppies, which piqued the mama dog’s interest.

The generous man reassured the dog that her babies were safe with her, even allowing her to kiss them. It was clear that the dog trusted the rescuers right away. Mama dogs are frequently enraged when their babies are taken away.

Eldad thought of rescuing the puppies at first because he thought they were suffocating from the dust in their birth area. Instead, he took the puppies away one by one. He found 8 puppies in total.

The rescuer then crawled back into the bushes to ensure there were no more puppies. They got the mama dog and her 8 puppies and brought them to the shelter. There were 5 girls and 3 boys in the litter. They all lived a safe and happy life at the dog shelter and waited to be adopted by happy families.