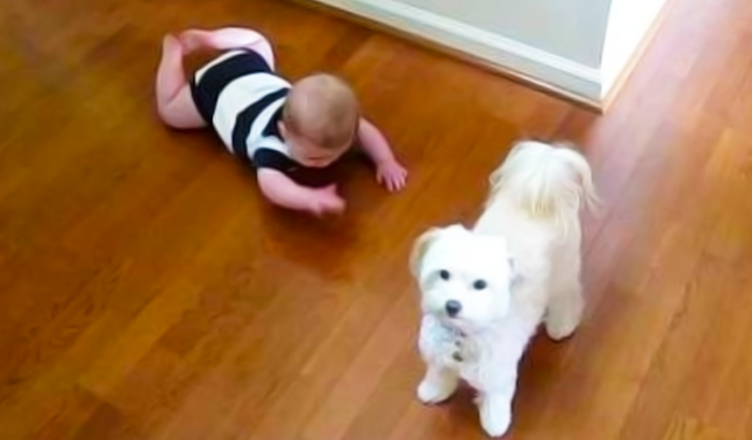 It’s quite difficult to keep a baby entertained. Their brains aren’t wired to watch television or use computers or tablets. It could potentially harm their eyes if they consume too much of it. So, what do you do to keep them occupied when you can only put them under a phone or read a picture book so many times? In the case of this video, enlist the assistance of the dog.

This puppy is doing everything he can to get everyone’s attention on him. We witness Rocco, a baby who is in the process of crawling. Chopper, a dog who appears as if he belongs to the Maltese family, is standing close. Off-camera, his mother appears to hold up a treat, and he stands on his hind paws and spins around multiple times in a type of “dance.” This causes Rocco to burst into bouts of hysterical laughter.

Chopper, on the other hand, puts in a lot of effort to acquire two meager bites of treats. They’d better be some of the best sweets on the market. He’ll be dancing for at least a minute and a half before anything happens. Some may believe that the prize is Rocco’s laughter, but laughter does not feed one’s stomach. 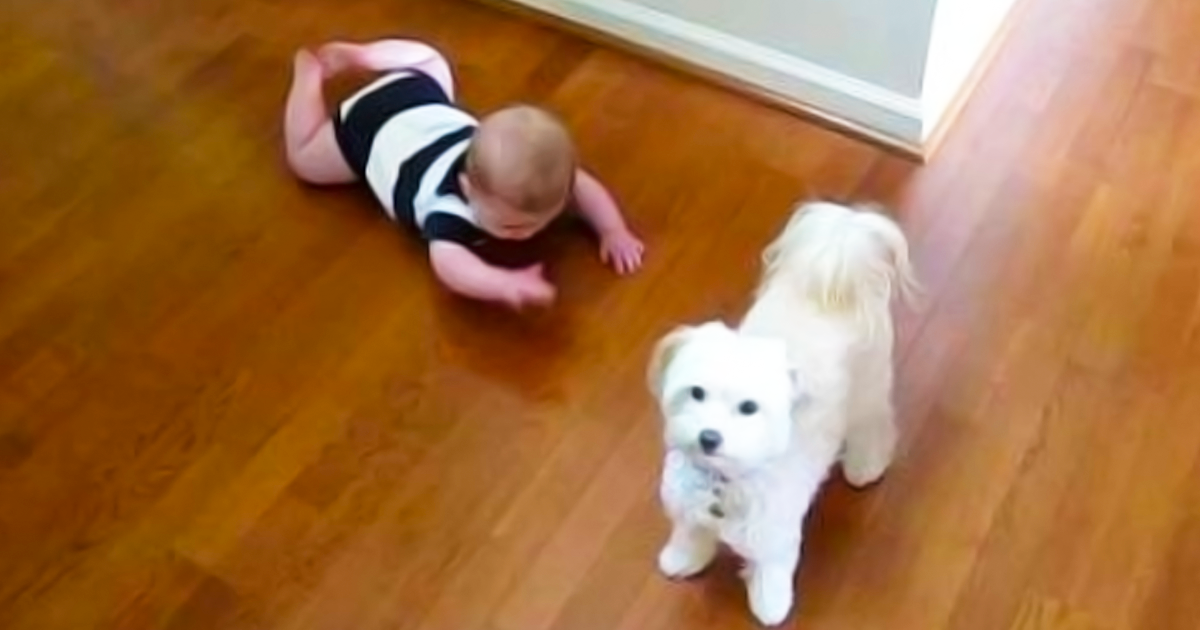 However, it appears like they are both having a good time. I believe Chopper should demand more rewards per minute the next time. We adore stories like this, and we have a feeling that Chopper and Rocco will have a lot of wonderful experiences together.