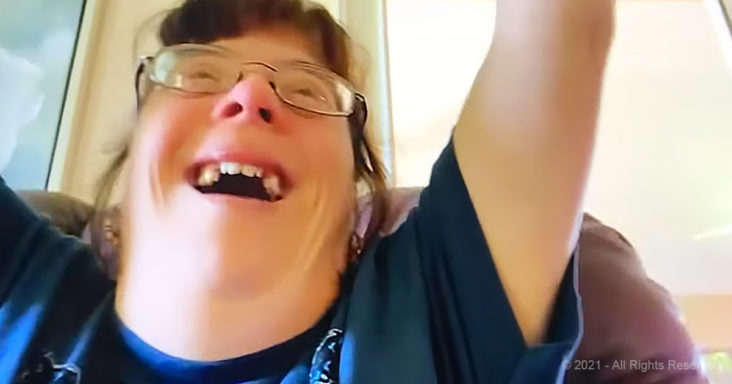 Brittany was overjoyed to learn that she would be serving as maid of honor at her brother’s wedding.

Chris Garafola’s older sister, Brittany, has Down Syndrome. Garafola, who has a stellar modeling resume, planned to surprise his sister with a wedding announcement.

Once they had all the wedding plans in place, they knew it was the right time to invite his sister which they did through a video call. Brittany’s reaction was so heartwarming since she couldn’t contain her excitement.

Garafola’s betrothed also asked her to be her maid of honor as if that wasn’t enough. Brittany, who was overjoyed, reacted in the most beautiful and honest way.

Garafola had already told his fiance about his sister when they were dating, and he wanted to be sure that the life partner he was choosing was willing to accept and adore Brittany. Because of Garafola’s unconditional affection for her sister, the fiance realized the two came as a package.

We can only imagine Brittany’s delight at the prospect of a new sister. We wish Garafola and his soon-to-be bride a lifetime of happiness. With so many views on the video, we can all agree that we aren’t the only ones who are melted by Brittany’s reply.