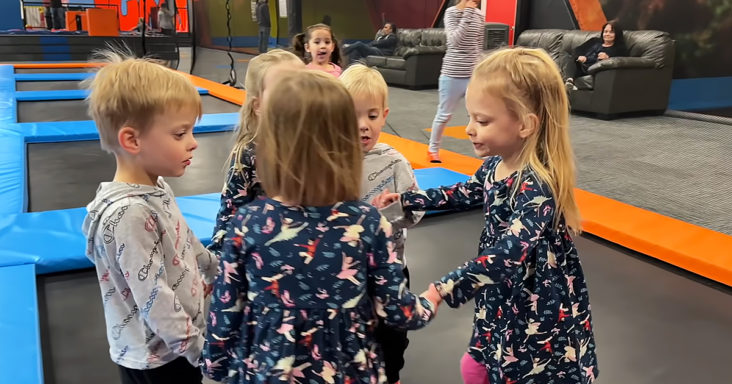 Skylar Scott has a family of seven kids. He has five toddlers and two adolescent boys. The five toddlers are quintuplets, and they bring a lot of enthusiasm with them. 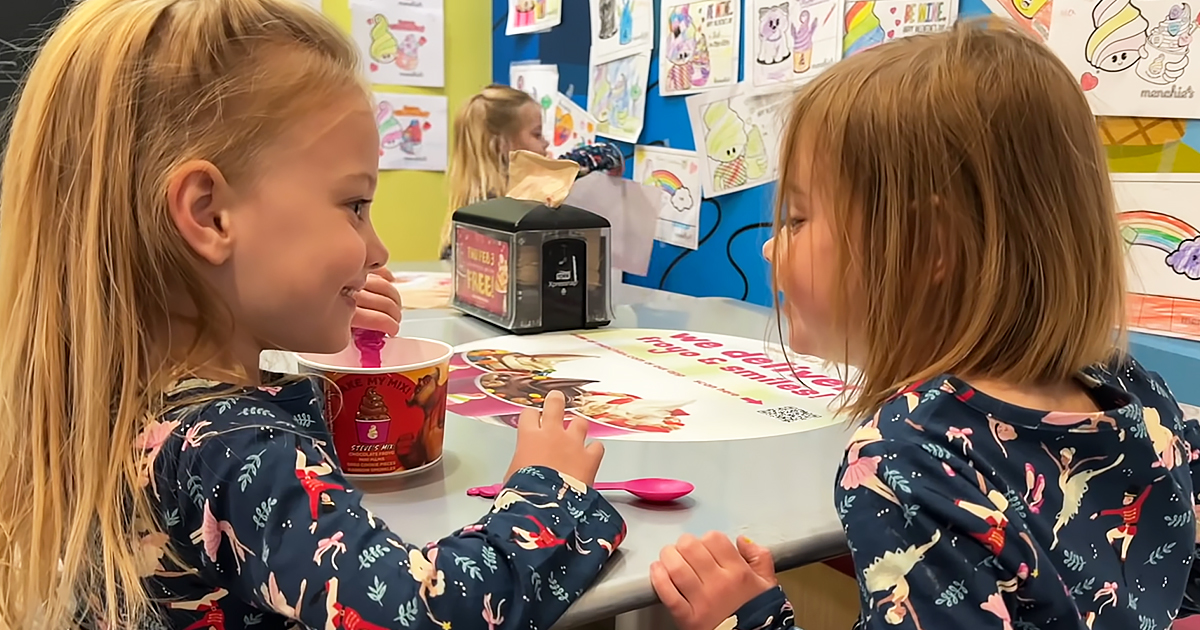 Skylar brings his children to a nearby trampoline park today. Jumping around for a few hours is a terrific method for his preschoolers to let off steam.

Skylar notes that when he takes his kids somewhere where they can spread out, he prefers to dress them in matching outfits. It makes it easy for him to identify them in a throng and gather them when needed. 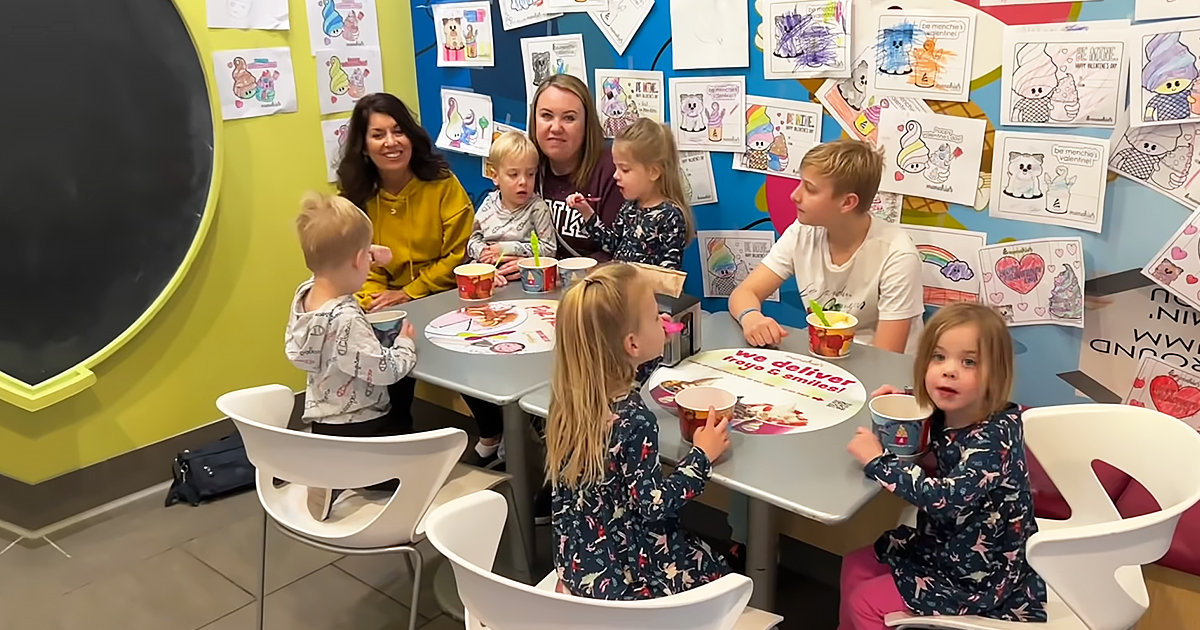 Today, Skylar has brought along his sister, Aunt Stacie, and cousin, Whitnee, as a backup. With five three-year-olds, you’ll need all the assistance you can get.

The youngsters like bouncing on the trampolines, climbing up inclines, and sliding down the slides. Skylar assisted one of the boys who was having difficulty climbing to the top so that he could enjoy sliding down to the bottom. 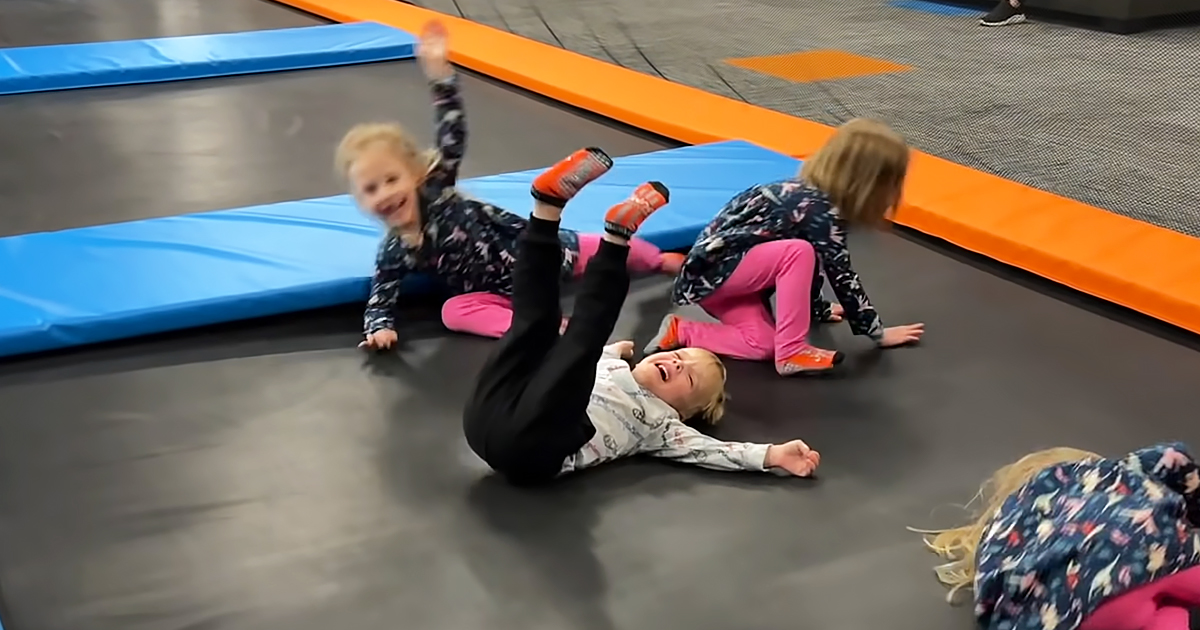 Older brother Landon gets in on the action by throwing one of the quintuplets onto the trampoline. Just helping his siblings have fun brings happiness to Landon’s face.

After hours of play, Skylar loads his whole family up in a huge van and takes them out for ice cream. Though the kids were just exhausted, the ice cream gave them the wiggles again. An impromptu dance party ensues. It’s safe to say this was a fantastic day out for the Scott family.