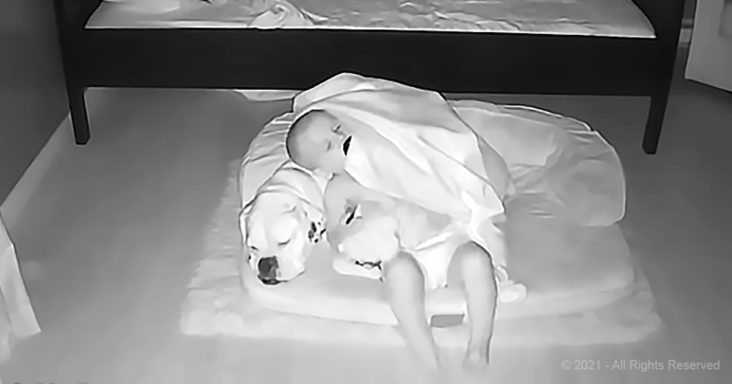 Best mates can be found in a variety of shapes, sizes, and breeds. Finn and Brutus enjoy an unexpectedly emotional encounter, which is captured on film.

Which would you choose if you had to choose between a child’s bed and a dog’s bed? Well, that depends on where the dog is sleeping right now. Finn Knudston, who is two years old, was captured on camera slipping out of his bed to join Brutus.

The child showed good judgment by bringing his blanket to the side of the dog bed with the most space. Rather than counting sheep, it became a game of wits with his blanket.

Finn tries out a variety of sleeping positions throughout the video. Brutus sleeps calmly, unconcerned about the child fighting on the opposite side of the bed. Finn finds that the dog’s fur is comfier than the blanket after a few positions.

His relief only lasts a few moments before he returns to plan A. The child, blanket in hand, straddles the dog like a horse, eventually ending up in the same posture.

When the kid finally settles on a spot, the blanket serves as nothing more than a prop. Finn rests comfortably on his back, unaware that both of his parents now have video evidence of his adventures.