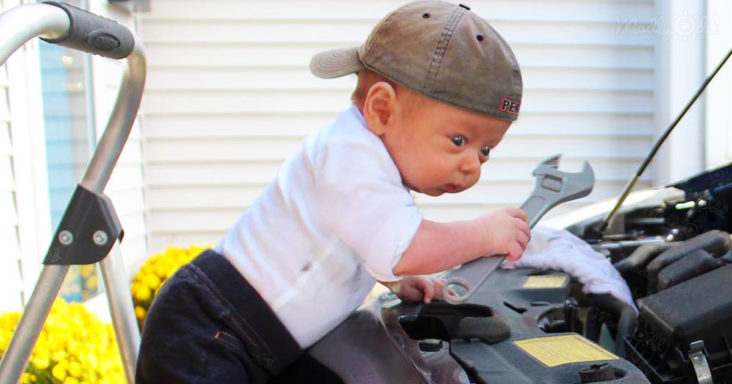 Taking a photograph used to be something only pros did and only on rare occasions. This was primarily owing to the lengthy process involved in producing only one single image.

With the advancement of technology, jobs that were formerly difficult, such as shooting photographs, have become all too simple, and virtually anyone can perform them. You’re good to go with just a push of a button.

Matt Mac is a dad who just can’t stop himself from taking photos of his kids. Unlike most of the pictures we are used to, his have an interesting twist. With the photoshop feature in play, the child is just so manly. 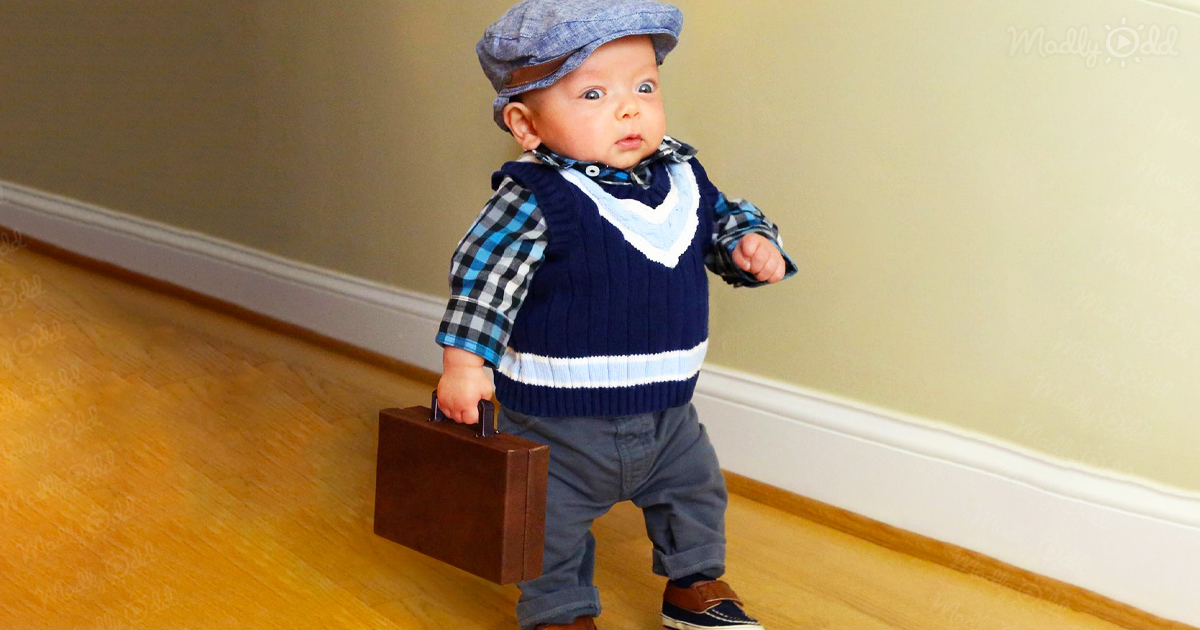 Mac takes photos of his newborn baby, Ryan, and manipulates them in Photoshop to make him look like he’s performing some masculine work. He’d done it for his daughter, and he believed his son deserved it as well.

The photos have since gone viral, and a large number of people adore them. You don’t see a toddler driving a car, pushing a lawnmower, fixing the engine, or even lifting weights every day.

Many individuals have viewed the images on the internet since then and have expressed their admiration for them. Ryan, his son, is completely unaware that he is already an internet sensation at such a young age.

With more than a thousand views, most people would agree that this is really hilarious. You are sure to be quite entertained by the little big guy in the room.