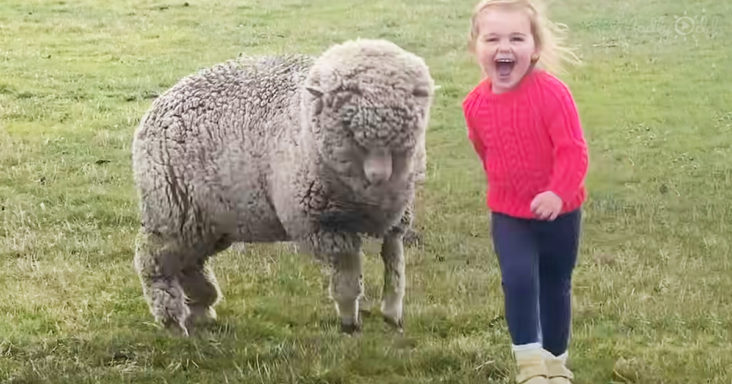 Rochelle found a small lamb stranded in a fence on her way home. His mother was nowhere to be found, and he was chilly. As a result, he drove him home.

She estimated he was just a few hours old, and she was concerned since lambs may be fickle. She didn’t want to grow involved because there was a chance he wouldn’t make it.

Back at home, her husband was worried because they already had a cat, two pugs, a parrot, two rabbits, and a young daughter named Teddie. They were determined to raise him well nonetheless. 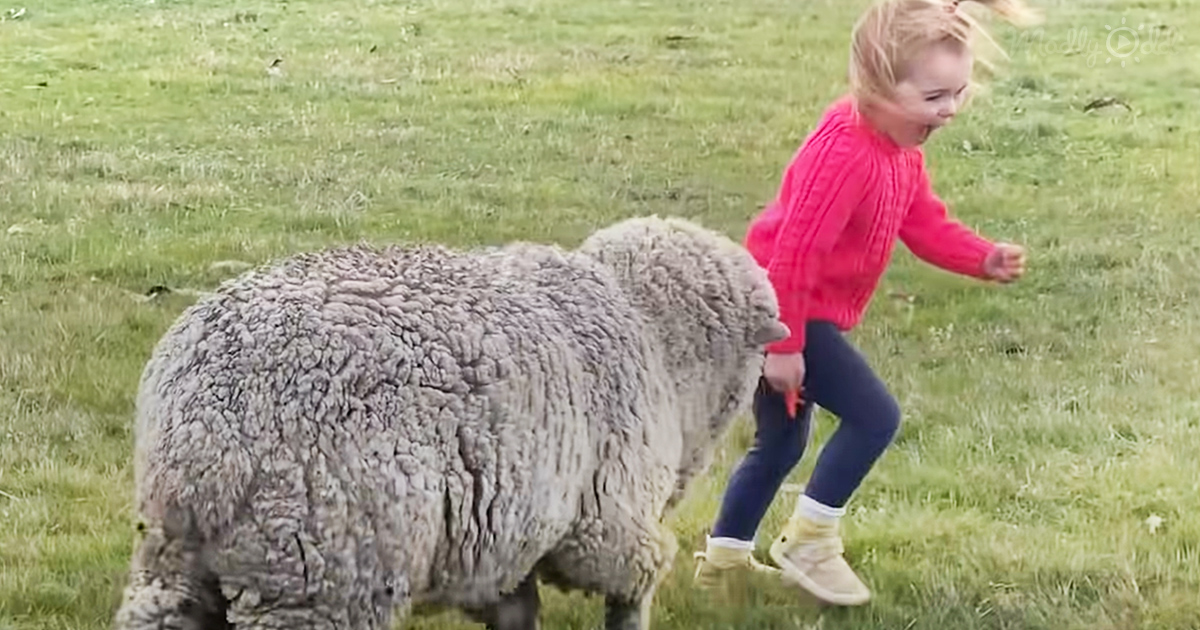 Teddie instantly became attracted to the lamb, and they named him Bah. The small girl enjoyed feeding him from the bottle and even assisting with diaper changes.

Bah grew up believing he was a dog because he grew up in a house full of animals. He would chase, play, and run about with all of his animal companions. He was quite affectionate, and he grew to like sitting by the fire as he grew older.

He would even fall asleep while standing up on occasion. Rochelle compared it to having a baby. Bah had his own peculiar dance that he did when he was happy.

When he was big and strong Rochelle decided it was time to give him to her parents who also love animals. Bah went to her parents’ paddock and they visit him regularly when they can.