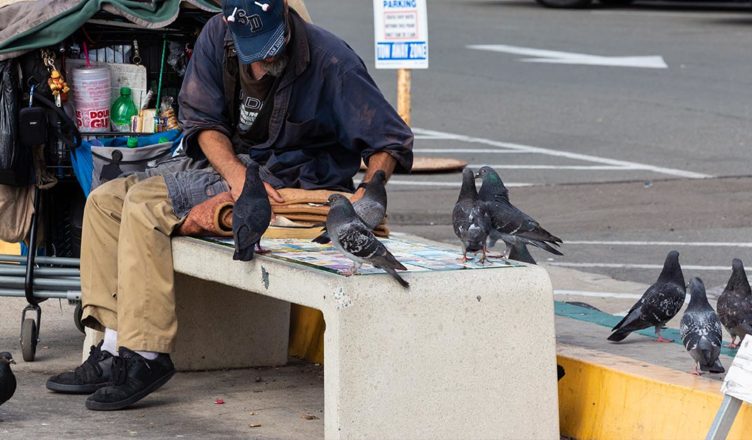 We all enjoy a good feel-good story, and given how life has been dishing out so many lemons to most of us, we thought this fantastic story from 2015 would be exactly the thing to brighten everyone’s spirits! Kindness can take many forms, and sometimes it takes a stranger’s kindness to transform our lives.

Casey Fischer was on her way to Dunkin Donuts for a cup of coffee on a regular day. Casey had no idea that what was about to happen would forever affect her life and the lives of others.

Casey made her way into the store, noticing a homeless man picking up change outside.

“Though I saw him walk inside Dunkin’ Donuts and count his change to buy something, I became irritated and started talking to him over and over again, even when he didn’t want to talk.” I gave him a coffee and bagel and invited him to sit with me because he only had $1 in his pocket.” 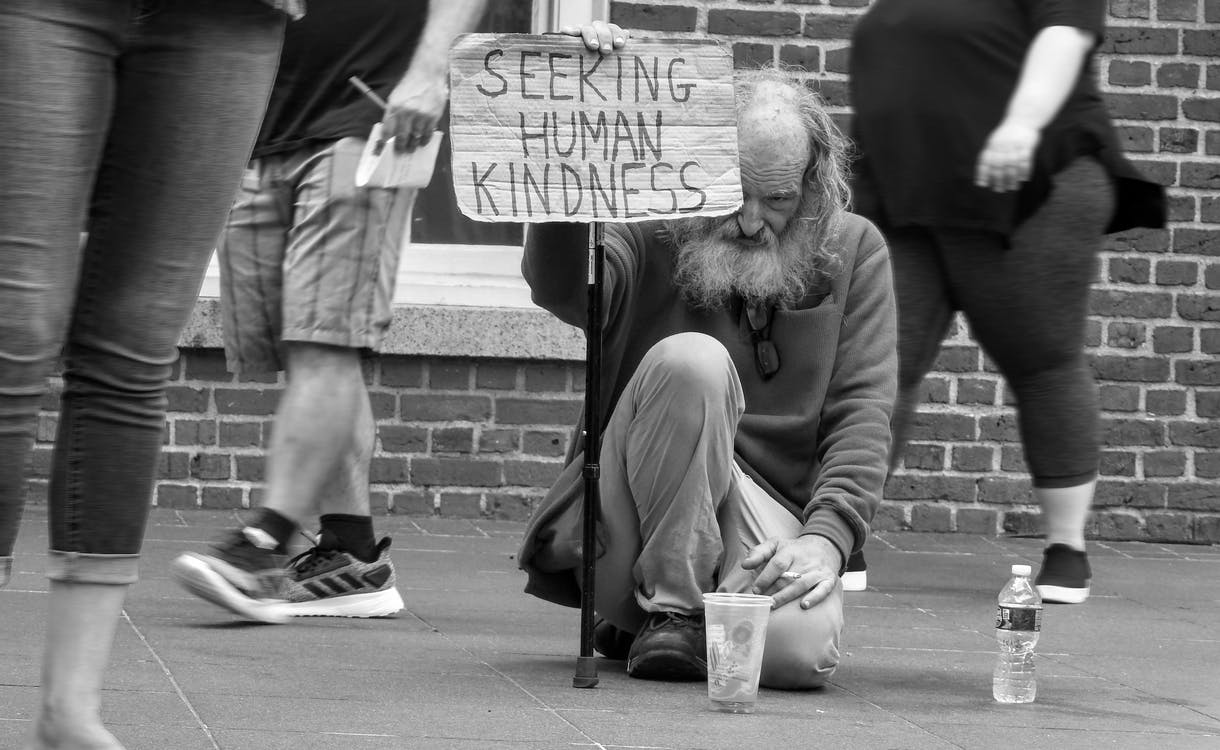 Casey ended up sitting with the homeless man, who told her his name was Chris, for over an hour. Chatting about life and how he ended up homeless and on the streets.

He told me a lot about how people are usually very mean to him because he’s homeless, how drugs turned him into the person he hated, he lost his mom to cancer, he never knew his dad and he just wants to be someone his mom would be proud of…

Casey had to get back to class, but before she left, Chris handed her a crumpled-up piece of paper. She took the paper and they said their goodbyes.

Casey had no idea what she was going to read, or how Chris had been affected by her small act of compassion. Casey read something profound and terribly painful as she opened the paper — the note inside said:

I wanted to kill myself today because of u I now do not. Thank u, beautiful person. 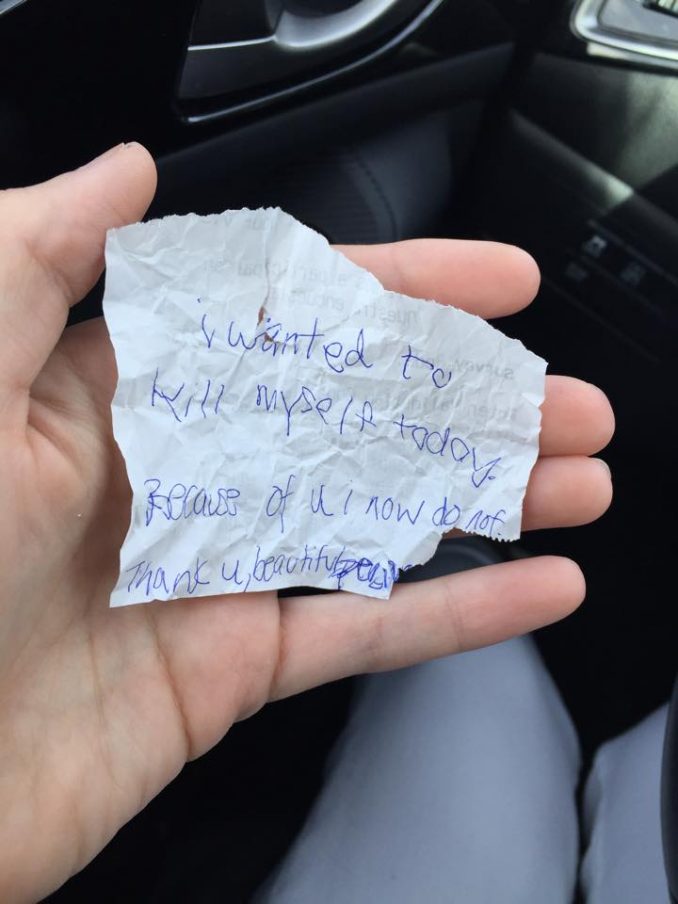 Always be kind
Casey posted her story on her Facebook Page, where it reached thousands of people., reminding many to be kind always. Many people commented their own stories, some were homeless themselves…

am homeless, have been since last year, I was staying under a 275 overpass for 2 weeks.

“I am now in a program at the salvation army I am doing better now, just got a job today and start tomorrow so my life is looking better each day, I am not proud of how I ended up here but I am getting myself out of it by the grace of God.

“Just asking to pray for the homeless and be kind.”

“I left an abusive situation and for almost 3 years I was homeless and without my two kids, I got a job, my own place and got my kids back. I am now a single mom of 4 and I may be struggling but I am doing ok and I keep going forward.”

Jo Goldstein
Choosing to be kind is not a hard choice to make, we never know what someone else is dealing with or what they may be going through. One simple act of kindness, even as simple as buying someone a cup of coffee and listening to them, could change their lives forever.