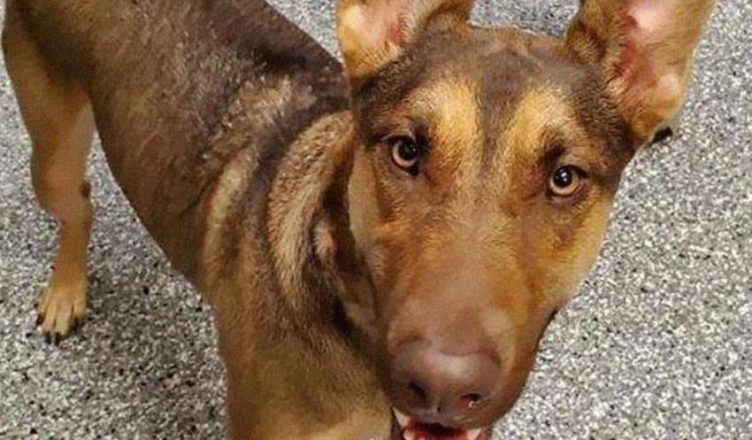 A big number of stray pets are born every day all around the world.

Someone is already being born on the street, while others, like Roadie, are being abandoned by their owners.

Her owner tethered her to a tree with a little bottle attached to a collar, and she was discovered there.

She was unable to move when animal rights activists discovered her because the rope was wrapped around her neck.

And in the bottle itself, a note was found in which the owner wrote a story for what reason he abandoned the dog.

It turned out that because of quarantine restrictions, he lost his job, and then his house, and simply could not take care of her. 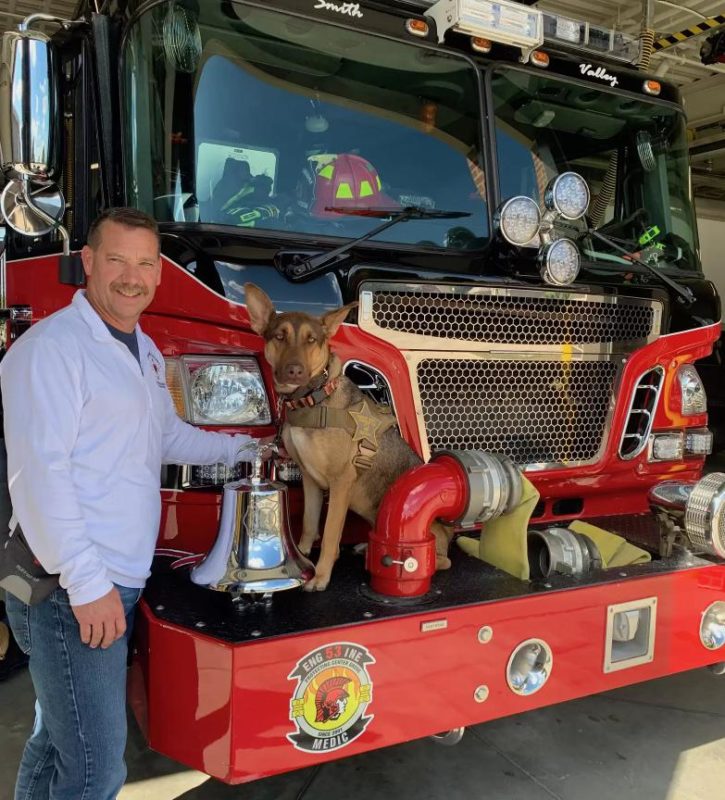 The owner also noted that the dog was sterilized, received vaccinations, and before that lived surrounded by love and care, but now she needs a new home.

No one knows whether the note was true or speculation on human emotions.

Anyway, the dog already has a new owner.

She became a firefighter who had long needed a companion with whom he could work.

It’s good that this story ended well and the dog became attached to the new owner very quickly and now they are inseparable.