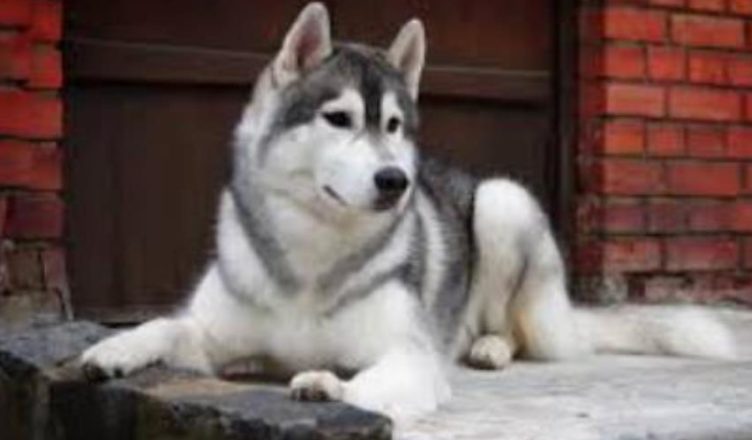 For many years, the channel milperthusky has been sharing stories about their adorable dogs, Millie, Rupert, and Lola.

In this story, we see Millie refusing to get out of bed so that the couple’s son, Parker, can sleep.
Parker and her father, Aaron Wallman, walk into the bedroom to find Millie already in bed, warm under the blankets. 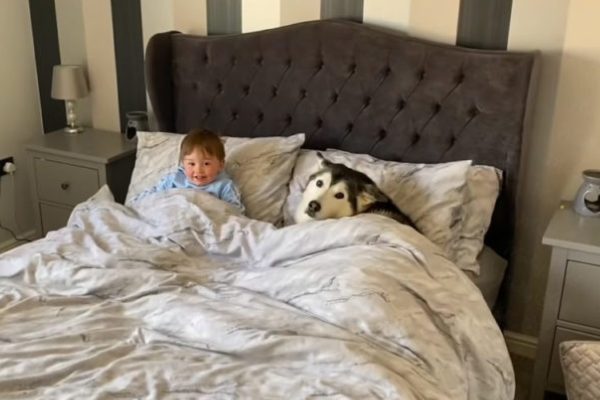 When Parker slips next to her, she gives him the sweetest little kisses.

When Aaron hands Parker his milk bottle, Millie begins gently patting his shoulder and licking his nipples as if to say she wants some as well.

The sweetest scene in the film is probably when Dad and Parker rub Millie’s belly, and when they’re done, Millie puts her paw on Parker’s shoulder to request more. 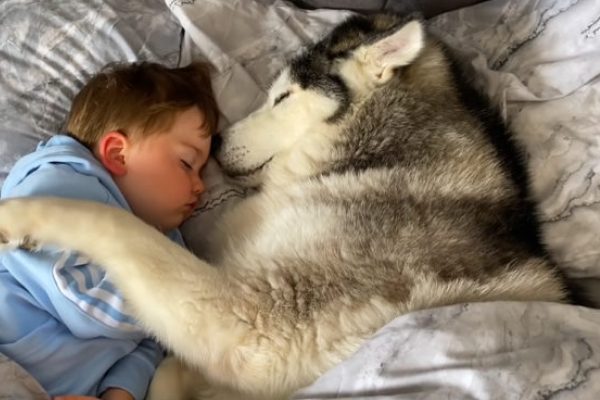 When Aaron decides it’s time for Parker to rest, he pulls off Millie’s blanket and waves at her, to which she responds by not moving a muscle.

After a few attempts, dad laughs and hands her the blanket, telling her to stay there. 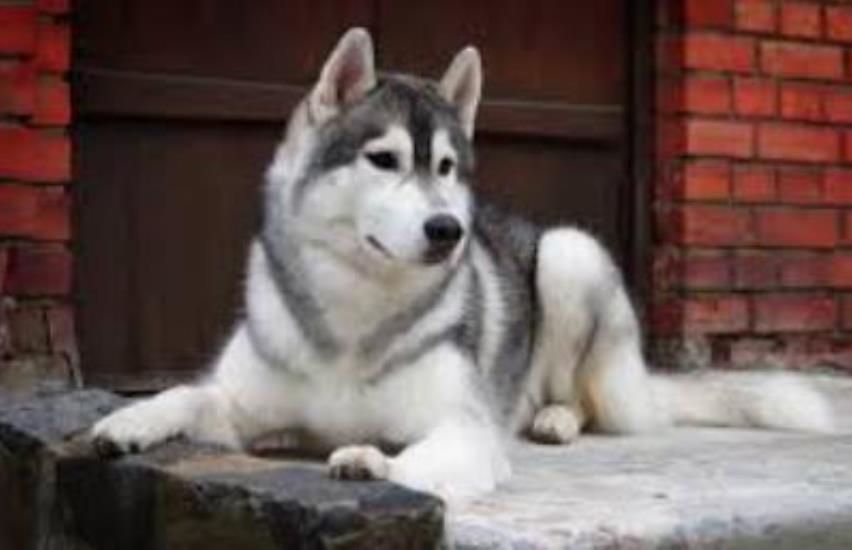 The scene ends with Millie lovingly watching Parker while he sleeps while dad films the scene to share with the world.