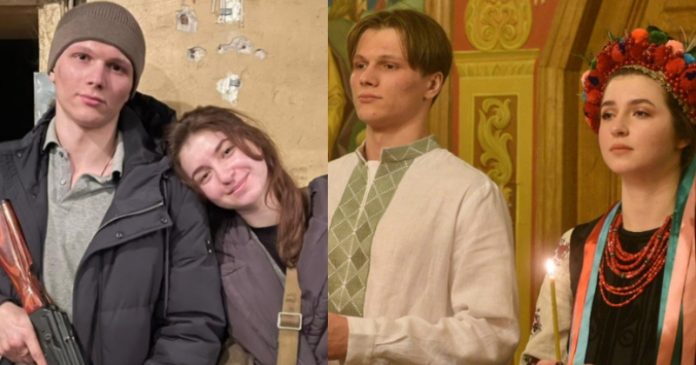 The commencement of a military confrontation between Russia and Ukraine, which ravaged the latter’s territories, was carried on news stations all over the world. During the continuous conflict between the two countries, a young Ukrainian couple decided to marry to cement their love (and their fate), swearing to remain together forever if they died in battle.

After the simple wedding ceremony, the couple immediately picked up their guns and joined their countrymen to defend their families and their country. 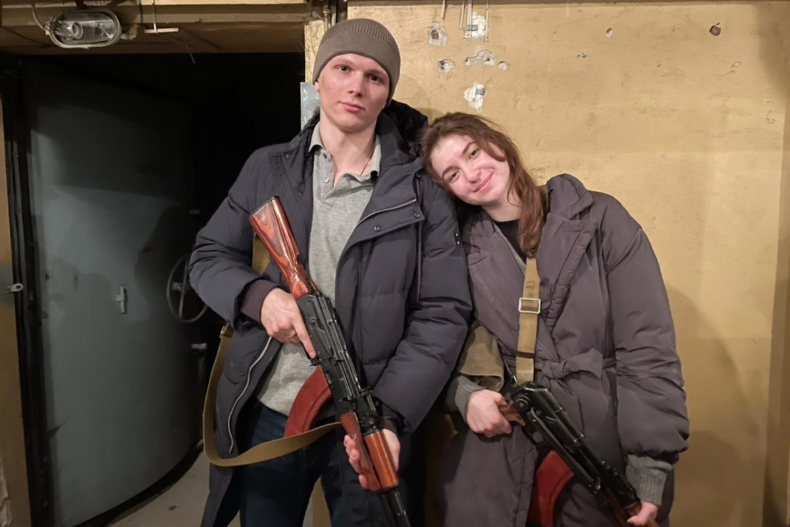 24-year-old Ukrainian engineer, Sviatoslav Fursin, met his wife, 21-year-old Yaryna Arieva in 2019. They were to be married in mid-2022 still when, unexpectedly, the war between Ukraine and Russia started. Since the couple wanted to defend their families and their country together, they immediately married and swore to each other that when they die in battle, they will forever be together!

They pledged that they would stay together till they died. Despite the fact that their first family portrait after marriage was taken on the second day of the conflict.

The film depicts a simple wedding between Sviatoslav Fursin and Yaryna Arieva. The ceremony was rushed, but you can see their genuine devotion to each other. Their promise to stay together for the rest of their lives, even if they die in the battle, is extremely touching.

After the wedding ceremony, Yaryna Arieva shared a photo of her husband carrying a rifle. She captioned: “This is the first family photo after marriage, and at this time, it is the second day of the war, and I pray that “the truth will prevail.” 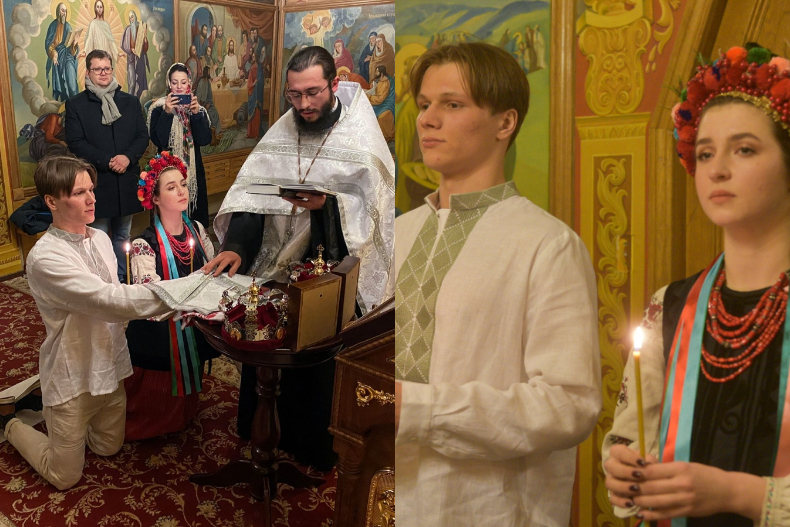 Ukrainian couple marries amidst the war between Russia and Ukraine; “We want to have a marriage contract before we die and vow to be together forever!”
After the ceremony, Yaryna Arieva revealed that they changed into their casual clothes, picked up their rifles, and headed straight to the territorial defense center to join the war and defend their country. Amidst the non-stop war between Ukraine and Russia, the love that this couple has for each other is extremely heart-warming.

Yaryna Arieva straightforwardly said: “The situation is very difficult now, but both of us will do our best to fight for our land. We may die, and we wanted to sign a marriage contract before we die and swear to be together forever.”