Only parameters are no longer enough to become a model; many designers are looking for unique girls with their own “zest.” As a result, Nyakim Gatvech became well-known not only for her figure but also for her dark skin.

People around her refer to her as the “Queen of Darkness” and constantly make references to her being included in the Guinness Book of Records as having the darkest skin. Nyakim, on the other hand, does not require these papers since she has learned to appreciate herself for who she is and has opted not to prove anything to anyone. 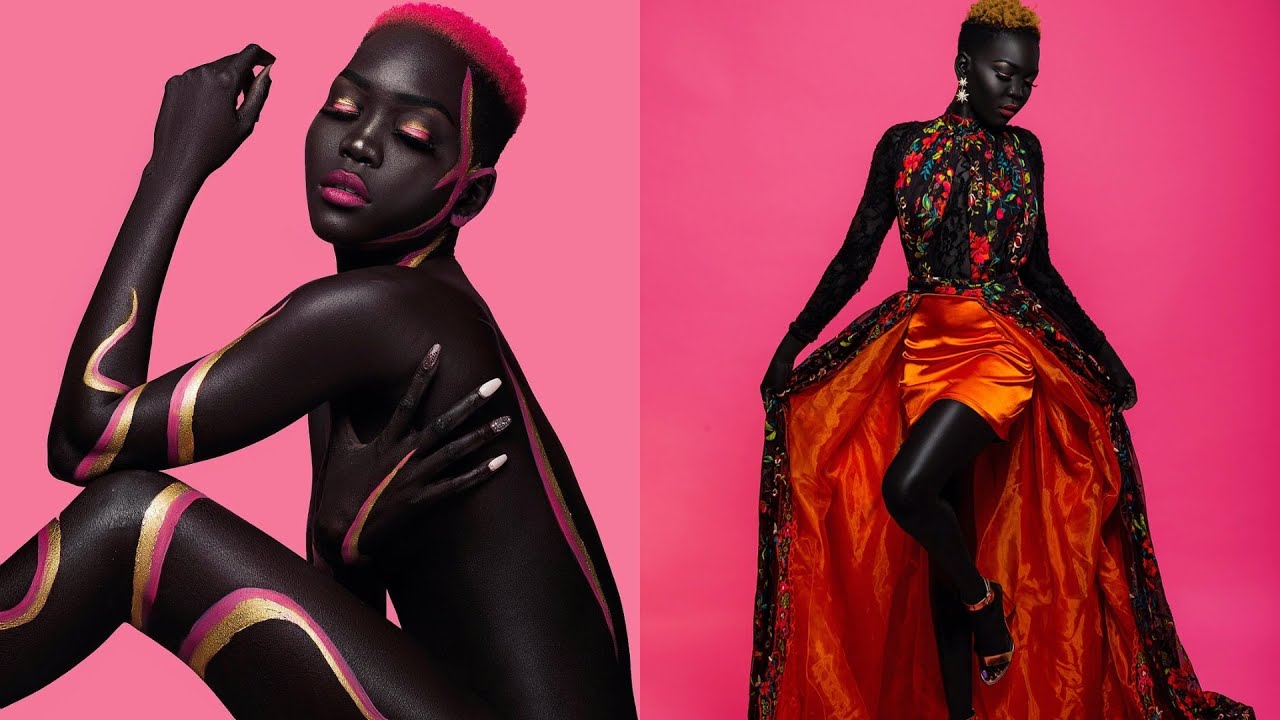 The model has her own page on Instagram and at the moment she already has more than 800 thousand subscribers who love her very much and always admire her unusual appearance. 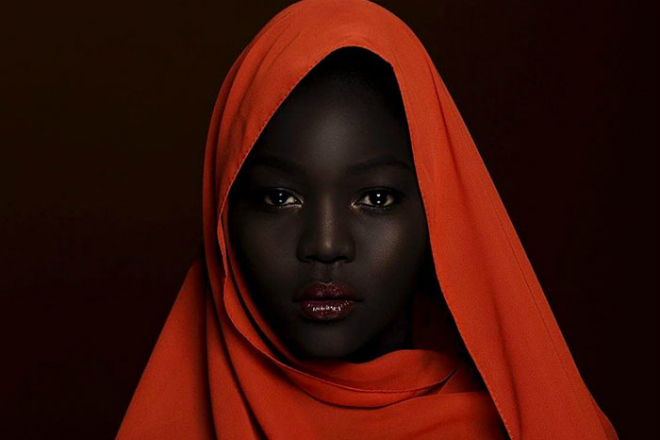 Nyakim’s parents are from South Sudan, but the girl was born in Ethiopia, where her family moved during the civil war. They spent time in a Kenyan refugee camp before flying to the United States. Nyakim was 14 years old at the time of the incident. 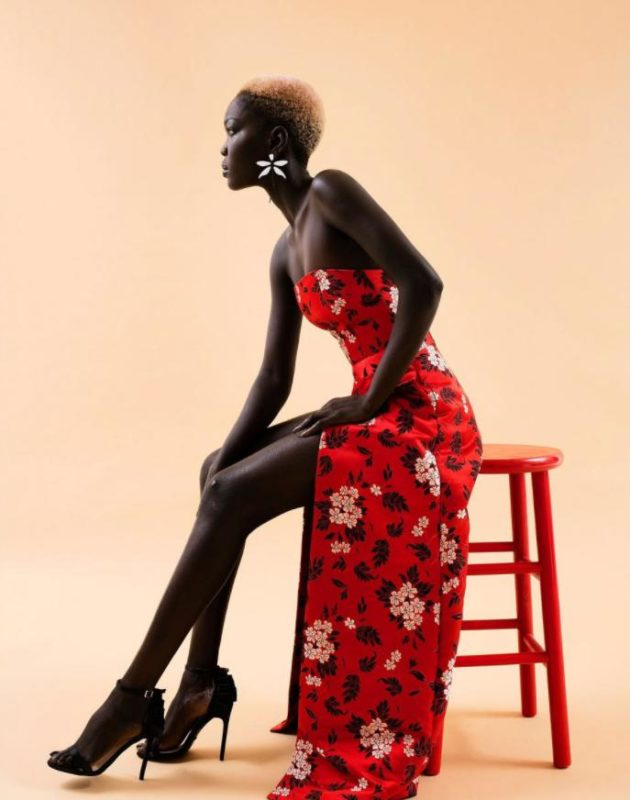 But the girl was so different from other children that she had to constantly endure ridicule in her address. “You’re so black, go take a shower” – she often heard this. One day Nyakim got so fed up with all this that she decided to do a skin whitening procedure. Thank God, her sister dissuaded her from this step, saying that the most pleasant feeling in the world is to be yourself and at the same time feel comfortable. 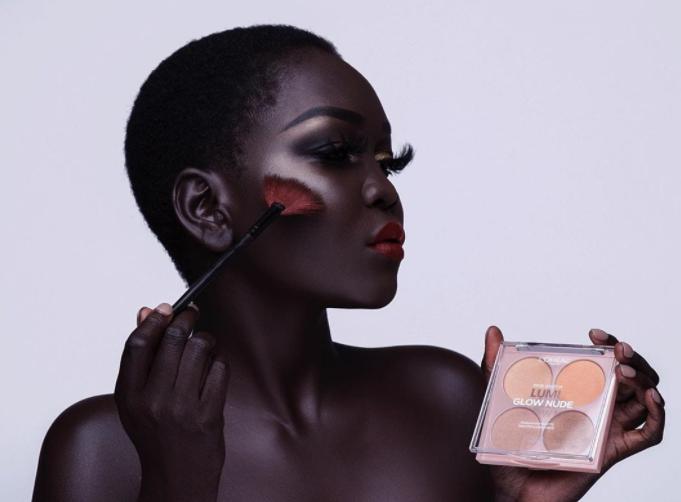 “An Uber driver once asked me, “No offense, but would you lighten your skin if you were given $10,000 for it?”. I laughed so hard. He asked if it meant no, and I replied that of course, it meant no. Why should I lighten the skin that the Lord has blessed me with?” 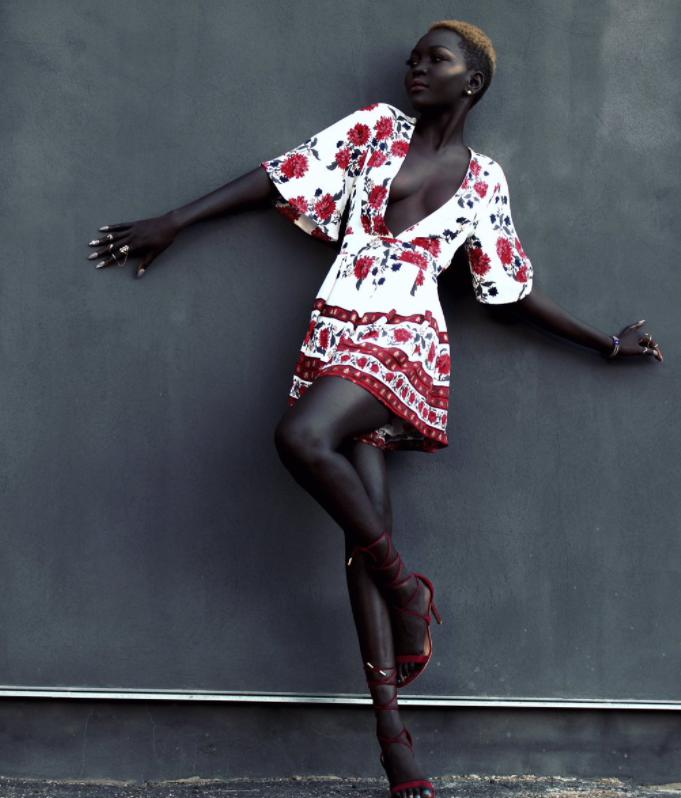 After Nyakim fell in love and accepted herself, her skin immediately became her key. 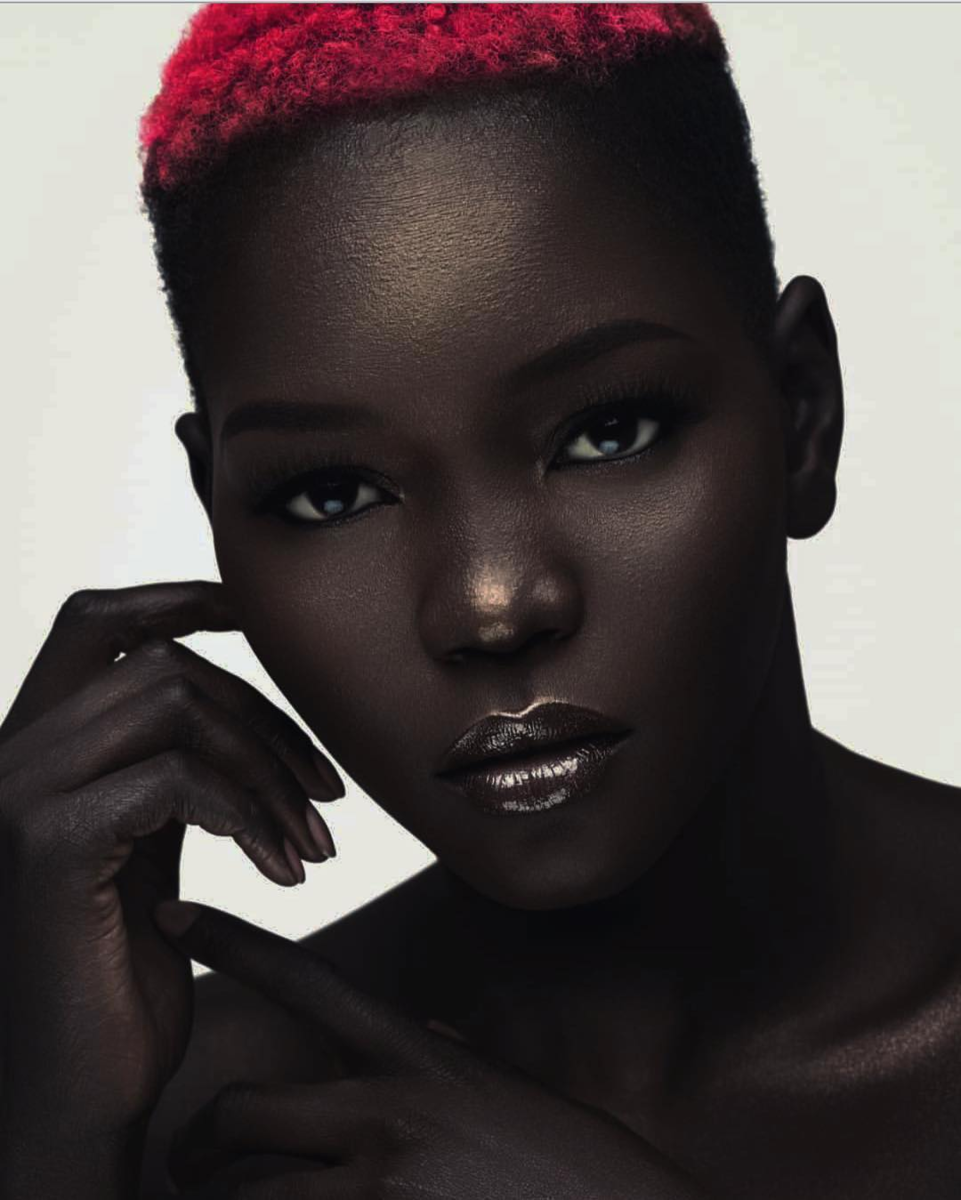 She has become a model and works with brands such as Calvin Klein, L’Oréal, Fashion Nova, Cosmopolitan and many others.